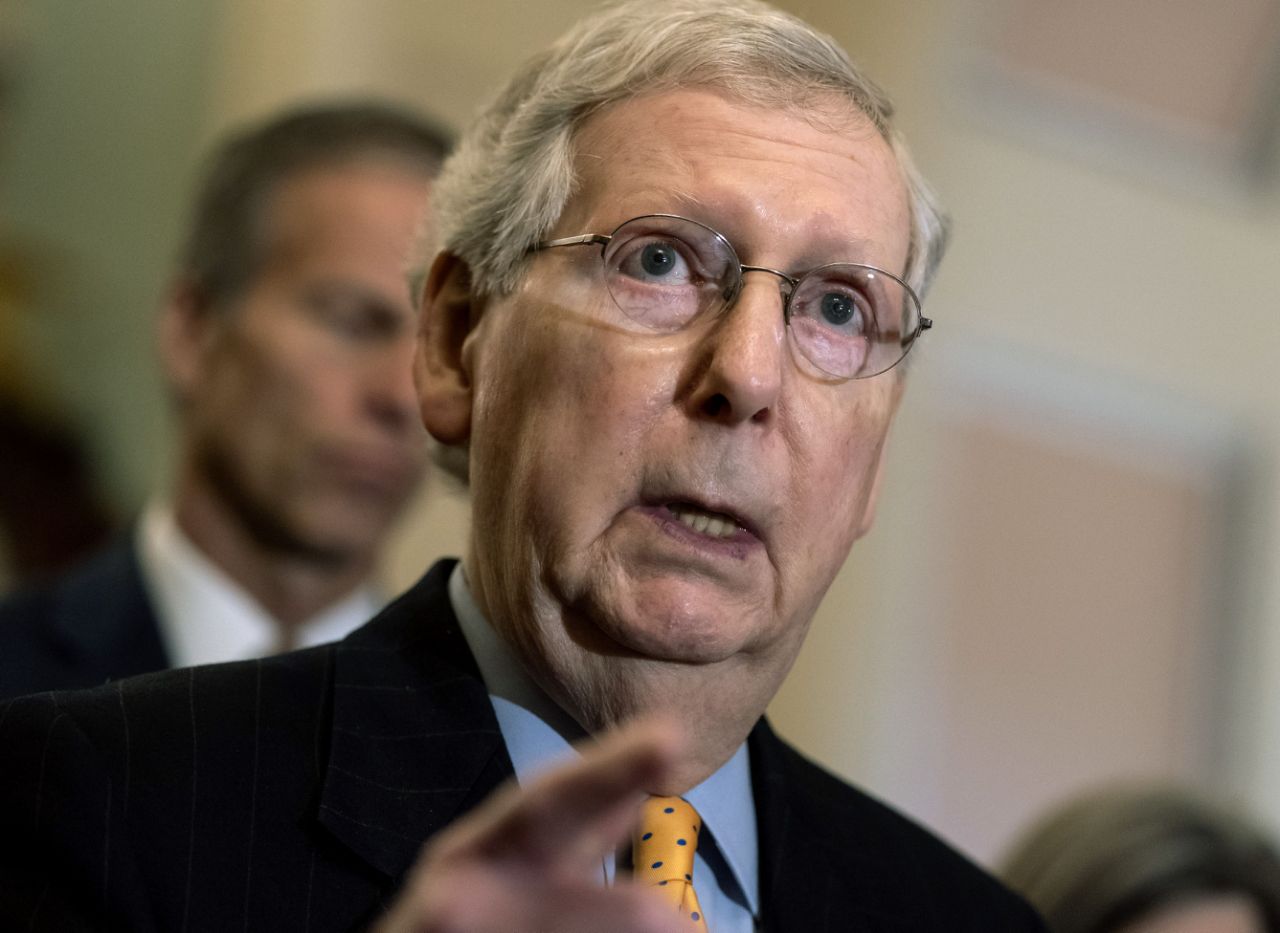 Mitch McConnell has stabbed Donald Trump in the back multiple times since the President took office.

McConnell’s blocked efforts to build the wall and worked with Democrats to sabotage the President’s “Make America Great Again” agenda.

But you won’t believe what Mitch McConnell just confessed to about Nancy Pelosi.

Pelosi and McConnell have had a very tumultuous relationship over the years.

Pelosi, on her second go-around as Speaker of the House, frequently butts heads with McConnell who serves as the Senate Majority Leader.

For Pelosi, the frustration lies in the fact that even though her party controls the House, any legislation she and her party craft together has to be approved by the Senate.

And being a Republican majority, the Senate is not quick to look at Democrat-sponsored bills coming from the House.

She feels that both she and McConnell are on equal footing as politicians and believes McConnell isn’t helping advance these supposedly “bipartisan” bills as fast as she’d like.

And in a recent press conference, Pelosi showed reporters a poster filled with bills McConnell shut down and referred to it as “McConnell’s graveyard.”

She also referred to McConnell as the “grim reaper,” saying he’s killed more bills than she cares to recall.

In response, McConnell remarked this was the first time he agreed with the California Congresswoman.

“She’s got it right. For the first time in my memory, I agree with Nancy Pelosi,” McConnell said of the California Democrat.

“I am indeed the grim reaper when it comes to the socialist agenda that they have been ginning up over in the House with overwhelming Democratic support and sending it over to America, things that would turn us into a country we’ve never been.”

In the past, McConnell has gone along with many of Pelosi’s schemes to grow government and balloon federal spending.

But McConnell is facing re-election in 2020, so it’s no surprise McConnell re-invented himself as an election-year conservative.

“This is full-bore socialism on the march in the House, and, yeah, as long as I am the majority leader of the Senate, none of that stuff is going anywhere,” McConnell commented.

Fortunately, it’s not just McConnell who’s opposed to some of these radical bills germinating at the lower levels of Congress.

If you’ll remember back to the Green New Deal – the massive spending bill freshman Congresswoman Alexandria Ocasio-Cortez drafted – not a single Democrat in the Senate voted for it either.

While all 57 Republicans voted against it, the 43 Democrats in the Senate passed on voting for or against it, leaving the bill dead in the water.