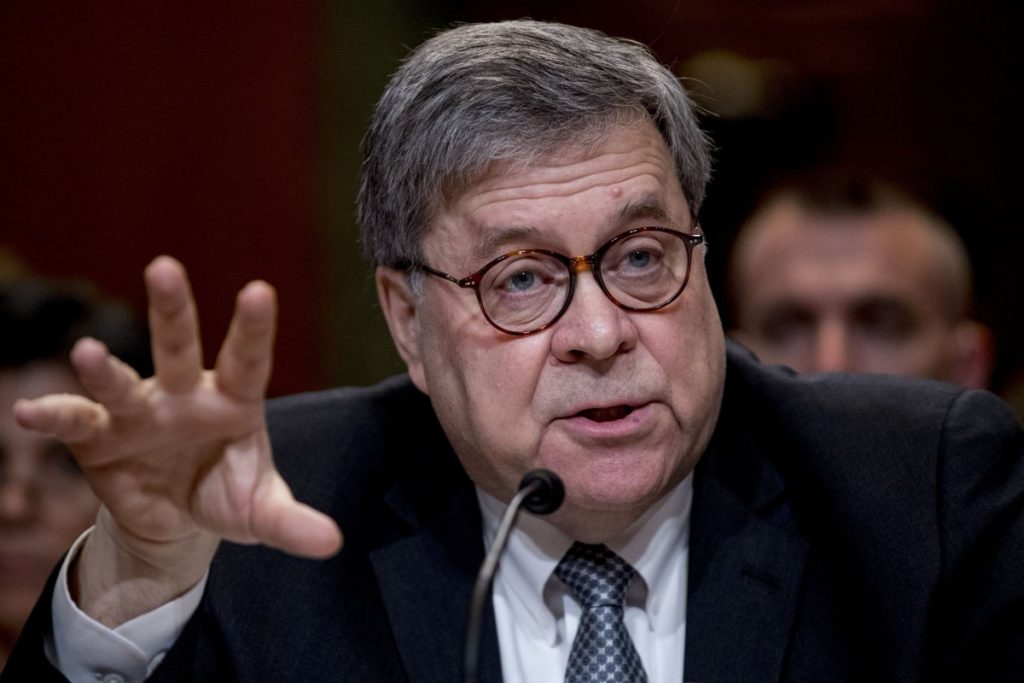 The tables have turned on Barack Obama’s Deep State.

Their days of escaping accountability are over.

That’s because William Barr sent Barack Obama’s Deep State for its life with this move.

There is nobody the Democrat Party is currently going after harder than Attorney General William Barr.

They have held votes to hold him in contempt of Congress, and are trying to oust him from his position.

And his only crime in their eyes is him revealing the facts of Robert Mueller’s probe into Russia collusion.

Mueller’s report is clear in the fact that collusion is a hoax, and that President Trump did nothing wrong, and is a legitimate president.

Instead of trying to go after Mueller, they are going after the messenger, claiming he is beholden to President Trump.

But despite this, Barr continues to do his job.

And he even has the Inspector General looking into the origins of the Mueller investigation, which will likely expose the deep state for at minimum, shady activity, and at worst all-out crimes.

The main part of the investigation is into the FISA surveillance warrants on Trump campaign adviser Carter Page.

To obtain those warrants, the FBI used the infamous and unverified Russia dossier compiled by former British Spy Christopher Steele.

Steele was working for Fusion GPS, which was receiving funding from Hillary Clinton and the Democratic National Committee.

So if there was shadiness in obtaining those warrants, it could implicate Hillary Clinton and the Democrat Party.

And as it turns out, it won’t be long until we find out the truth.

Already, the inspector general’s office has interviewed over 100 people and reviewed over one million records in the investigation, which is nearing its end.

Inspector General Michael Horowitz said there has been “substantial progress” in the probe, and that “our investigative work is nearing completion.”

“[W]e have been in the process of drafting our report for some time,” he wrote, adding that investigators “have been pursuing opportunities to meet with additional witnesses to ensure that our review is thorough and complete.”

The most important figure who has been interviewed is Steele himself.

One of the big questions is what Justice Department officials like then-FBI Director James Comey truly knew of Steele before relying on the dossier.

Former Rep. Trey Gowdy has alluded to the fact that Comey may not have had much trust in Steele at the time.

If that is true, it could create a serious case for FISA abuse.

And even bigger than that is the fact that it is the FISA application which then-Deputy Attorney General Rod Rosenstein used to form Robert Mueller’s special counsel.

For two years, Mueller was able to divide the entire nation against President Trump and make things much more difficult for him.

If it turns out the entire thing was based on a lie, it will cause a lot of problems for the deep state.

Do you support the Justice Department investigation?