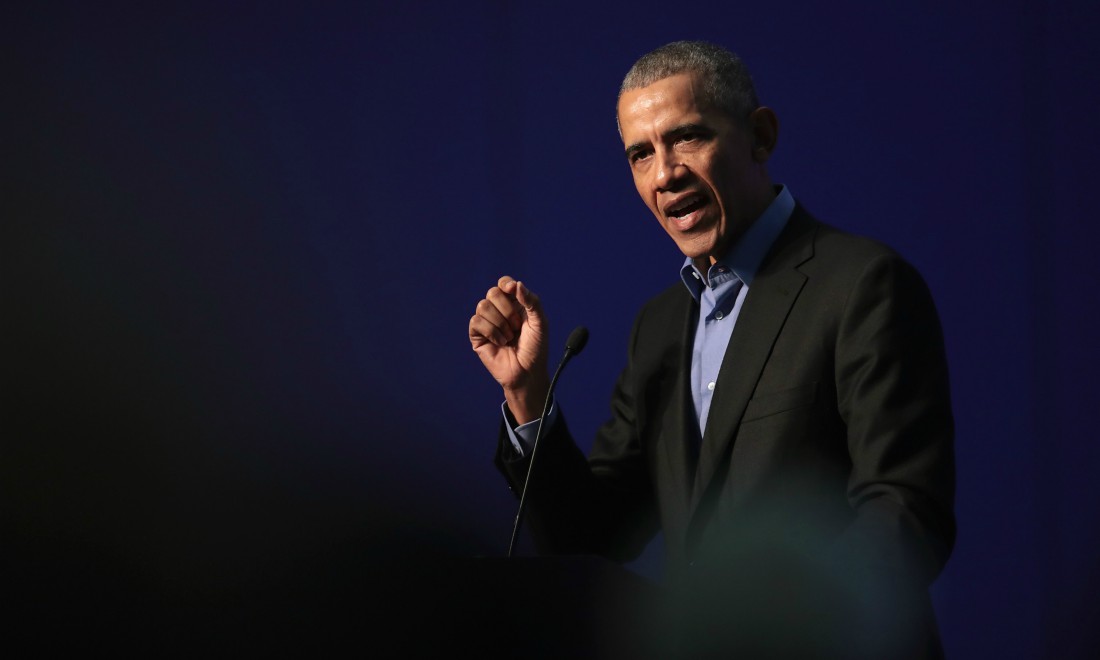 That is bad news for Barack Obama.

And now Attorney General Barr is about to reveal the one piece of evidence that could bring down Barack Obama.

Attorney General William Barr rocked Washington when he testified that the Obama administration and the FBI spied on Donald Trump’s Presidential campaign.

Ever since news broke that the FBI obtained a FISA warrant to spy on former Trump campaign aide Carter Page—and dispatched a mole to infiltrate the Trump campaign—the fake news media bombarded the American people with lies claiming this did not amount to spying.

Even after Barr’s testimony, so-called “journalists” bellowed that he provided no evidence to back up his claim.

But that lie crumbled when Senator Chuck Grassley of Iowa authored a letter to Attorney General Barr detailing text messages from disgraced former FBI officials Peter Strzok and Lisa Page who were seeking to recruit additional human spies to embed themselves into the incoming Trump administration.

Grassley wrote, “First, in the course of our oversight work we have reviewed certain text messages that may show potential attempts by the FBI to conduct surveillance of President-elect Trump’s transition team. In text messages exchanged between former FBI Special Agent Peter Strzok and former FBI Attorney Lisa Page, the two discussed the possibility of developing “potential relationships” at a November 2016 FBI briefing for presidential transition team staff. Specifically, it appears they discussed sending “the CI guy” to assess an unnamed person(s) “demeanor” but were concerned because it might be unusual for him to attend.”

The text exchange between Strzok and Page read:

Strzok: Talking with Bill3 . Do we want Joe4 to go with Evanina5 instead of Charlie6 for a variety of reasons?

Page: Hmm. Not sure. Would it be unusual to have [sic] show up again? Maybe another agent from the team?

Strzok: Or, he’s “the CI guy.” Same.might [sic] make sense. He can assess if thete [sic] are any news [sic] Qs, or different demeanor. If Katie’s husband is there, he can see if there are people we can develop for potential relationships

Page: Should I ask Andy7about it? Or Bill8 want to reach out for andy?

Strzok: I told him I’m sure we could ask you to make the swap if we thought it was smart. It’s not until Mon so Bill can always discuss with him tomorrow.

These disturbing text messages reveal the fact that Strzok and Page were no rogue FBI agents freelancing their own operation.

Strzok and Page tried to plant human spies into the Trump administration with the knowledge and permission of then-FBI Deputy Director Andrew McCabe.

Given that McCabe was a staunch Comey loyalist, critics believe it was highly likely that FBI Director James Comey was neck deep in this operation as well.

The FBI could not have conducted this investigation without keeping the Justice Department – which was run at that time by Attorney General Loretta Lynch – in the loop.

So all of this leads Americans to wonder just what exactly did Barack Obama know about the FBI spying on Donald Trump—and when did he know it?

Mitt Romney’s Latest Betrayal Of Trump Could Lead To Impeachment