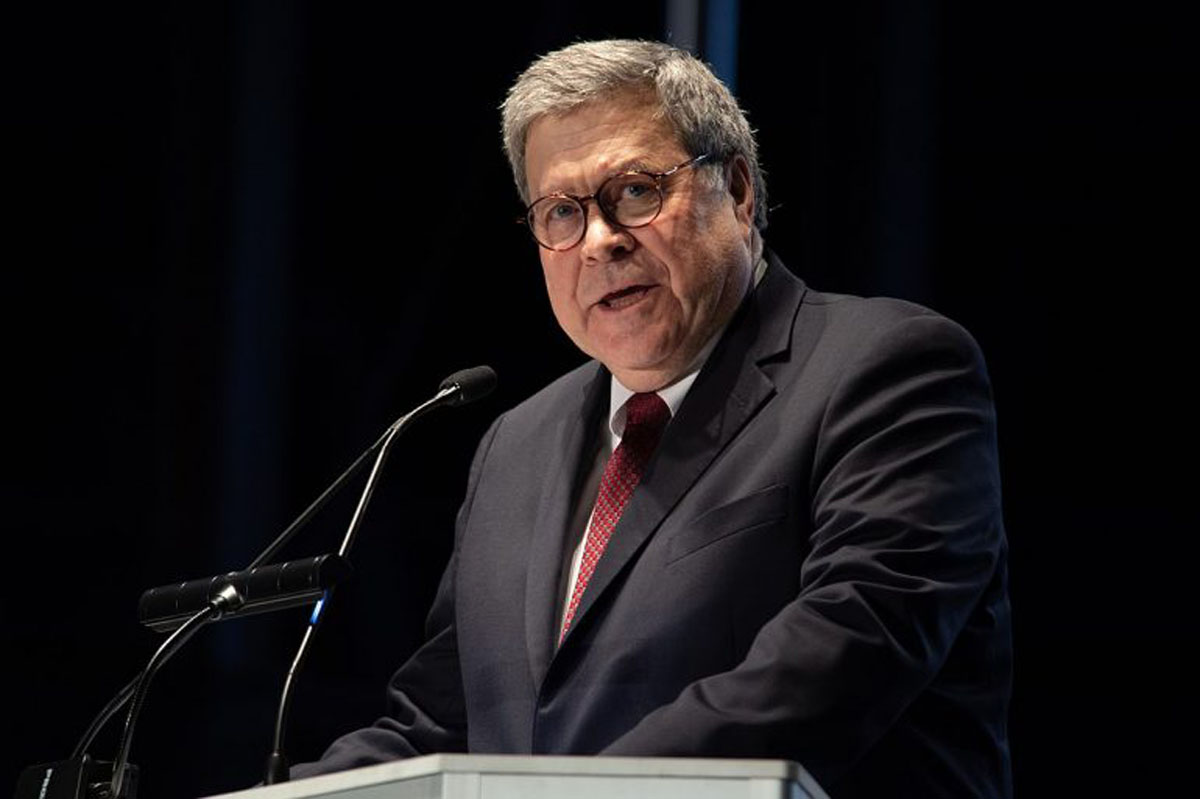 William Barr announced he was resigning as Attorney General and leaving the Trump administration before Christmas.

But that wasn’t the only surprise bombshell Barr set off.

And William Barr made one final move before resigning that Trump never saw coming.

Attorney General William Barr told the Associated Press that he appointed United States Attorney John Durham as special counsel in case Joe Biden won the Presidential Election and his Justice Department tried to shut down the criminal investigation into the origins of the Russian collusion hoax.

“I decided the best thing to do would be to appoint them under the same regulation that covered Bob Mueller, to provide Durham and his team some assurance that they’d be able to complete their work regardless of the outcome of the election,” the Attorney General explained.

Trump supporters were furious when Attorney General Barr announced before the election that Durham would not produce any more indictments or a report until after the race was over fearing it meant this was another Deep State whitewash.

In a speech to supporters from the White House, President Trump addressed his followers that were frustrated with the lack of progress on indicting the Deep State conspirators in the Obama administration and the FBI that schemed to frame Donald Trump for colluding with the Russians.

“We caught them all. We’re still waiting for a report from a man named Durham who I have never spoken to and I have never met,” President Trump stated.

President Trump blasted the clear double standard where the FBI could investigate him during the 2016 election based on lies, but when President Trump caught Deep State rogues red-handed committing crimes against him any prosecutions had to wait.

President Trump leveled with his supporters and worried that the guilty may never be punished even though they deserved to be sanctioned.

“So who knows if he is ever going to even do a report. But if you look at the lies and the leaks and the illegal acts of behavior done by so many people in their desire to hurt the President of the United States, something should happen,” President Trump continued.

The President admitted one of the toughest things he had to do was explain to his supporters why the criminals in the Obama administration were not yet arrested.

“The hardest thing I have to do is explain why nothing is happening with all of these people that got caught spying on my campaign. It’s never happened before and it should never happen again to a President of the United States,” the President concluded.

Attorney General Barr’s announcement that he appointed John Durham as special counsel should stop a potential President Biden from shutting down the Durham probe.

But this is the last chance to hold the guilty to account.