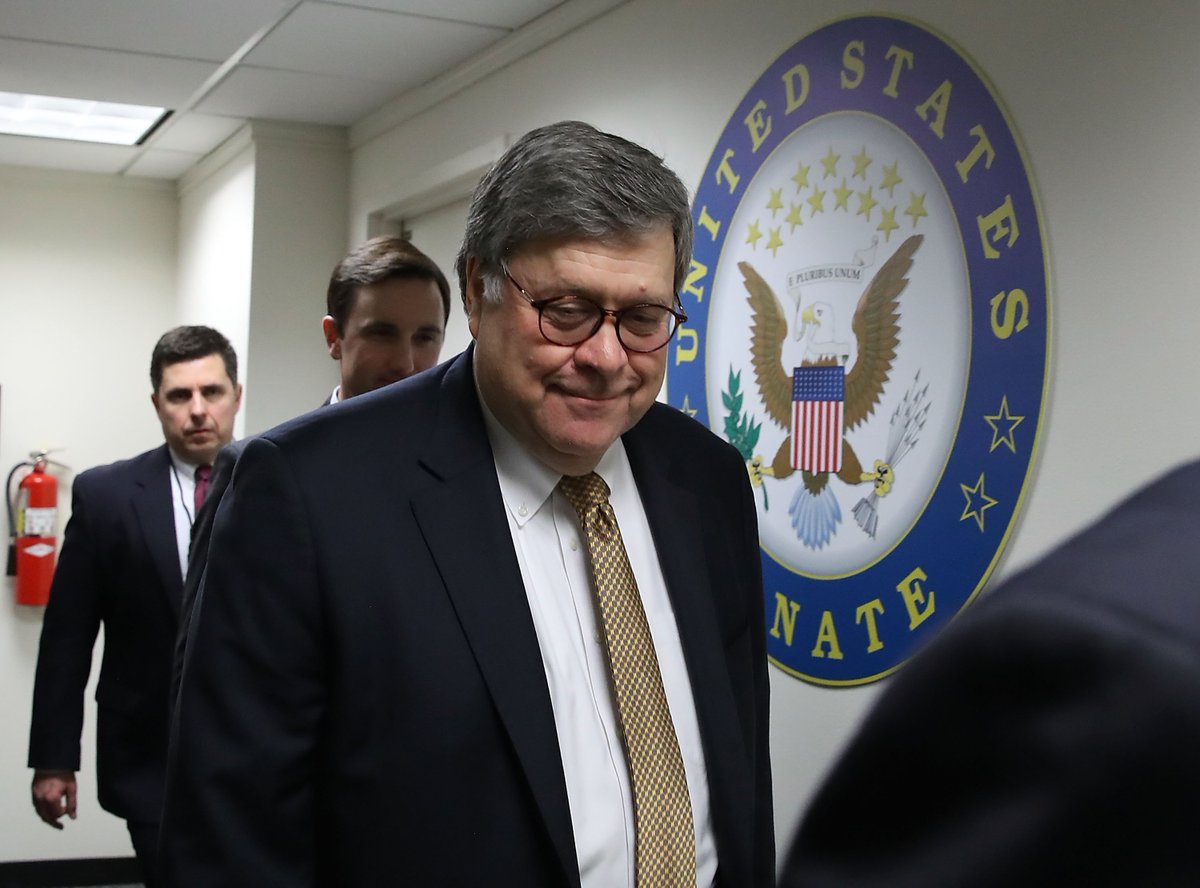 Barack Obama and his Deep State allies are about to find out it’s their time in the barrel.

Attorney General William Barr made it his mission to uncover the truth about what really happened in the 2016 election.

And William Barr made one promise that has Barack Obama quacking in his boots.

The Deep State, a loose connection of unelected bureaucrats who view the Executive Branch as their fiefdom, want Donald Trump out of office.

Trump is a threat to their power and secrecy, and they will do just about anything to get rid of him.

Embedded Clinton and Obama loyalists and even some never-Trump Republicans conspired to push the Russian collusion hoax.

But after the Mueller report was the major dud all conservatives expected it to be, Attorney General William Barr wasn’t done with the matter.

He vowed to get to the bottom of how the whole bogus narrative and subsequent investigation started, and he’s doing exactly that.

Barr has met with foreign intelligence officials to piece together just how the FISA warrant to spy on the Trump campaign came about.

Both allegedly were given information about Russia having dirt on Hillary Clinton.

However, both men vehemently deny such claims, and Mueller’s report turned up nothing on the matter.

However, the sources that met with Papadopoulos and Page both have dubious connections to American intelligence agencies and the Clintons.

For example, one of the men who met with Papadopoulos was Australian diplomat Alexander Downer who authorized a $25 million donation from the Australian government to the Clinton foundation.

Papadopoulos also met with a professor named Joseph Mifsud who, according to Mifsud’s own attorney, met with Papadopoulos under the guidance of the FBI.

Mifsud has since gone underground in Italy.

The Deep State’s prints are all over the Russia hoax.

If these connections weren’t shady enough, former interim FBI Director Andrew McCabe admitted to having discussions about trying to invoke the 25th Amendment against Trump to get him removed from office.

McCabe’s actions were so flagrant, the independent Inspector General excoriated his behavior, and McCabe was terminated without collecting his full pension.

Disgraced FBI agents Peter Strzok and Lisa Page had many text message correspondences where they discussed Trump in a conspiratorial manner.

Strzok, a high-ranking FBI official at the time, said the FBI had a plan to “stop” Trump.

Barr was appalled by these findings, and he’s determined to get to the bottom of it.

The closer Barr gets to the truth, the more the Deep State panics.

Their plans to overturn the results of the 2016 election are not working, and they’re exposing themselves in the process.

One can only imagine how deep the rot and corruption go, but Barr isn’t imagining.

He’s digging, and the Deep State is panicking.