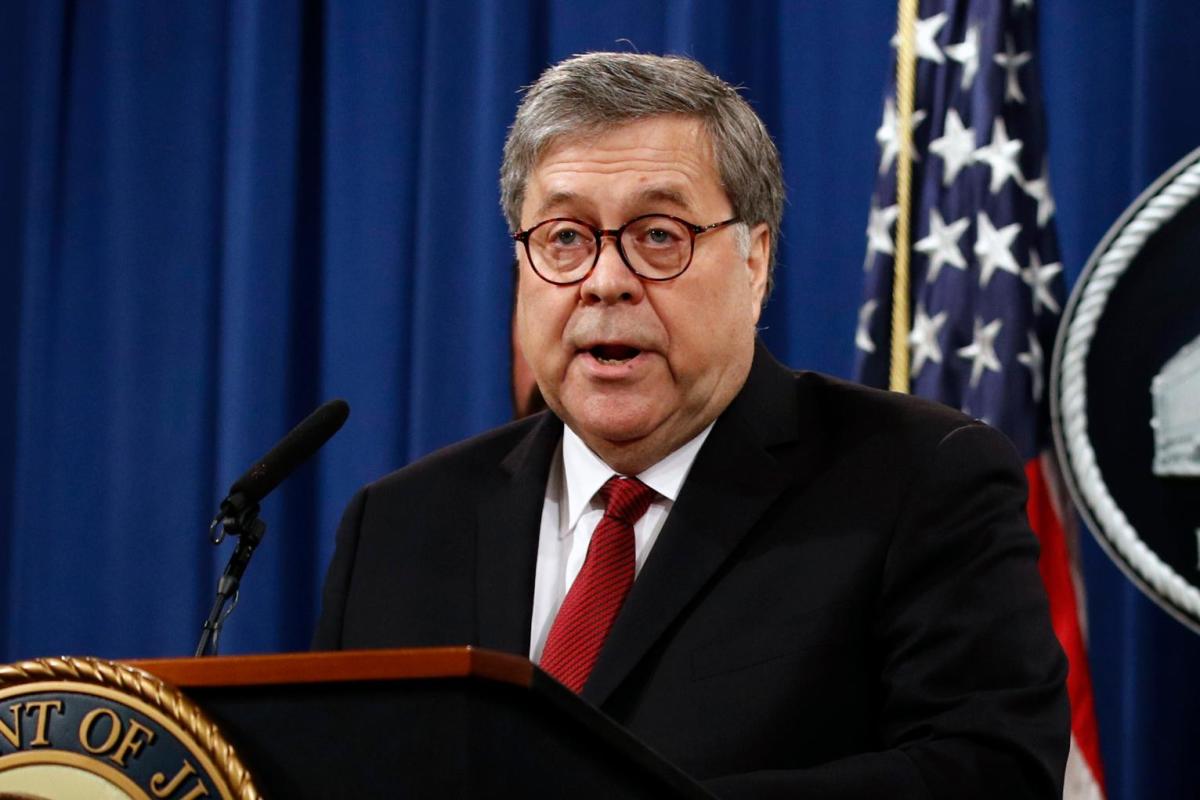 House Speaker Nancy Pelosi thought she held all the cars on impeachment.

But Pelosi and her fellow Democrats had no idea just how wrong they were.

And that’s because  William Barr dared Nancy Pelosi to cross this line in the sand on impeachment.

Donald Trump’s confrontation with China will define his Presidency.

President Trump campaigned on reworking trade deals with China that worked to Beijing’s advantage and gutted American industry and devastated the lives of middle class workers.

Past trade deals with China not only threaten America’s status as the world’s number one economy, they also threaten the United States national security.

As part of the administration’s plan to roll back China’s attempts to supplant the United States as the world’s sole super power, the Department of Justice announced its opposition to an undersea cable supported by tech giants Google and Facebook because it involves Dr. Peng Telecom & Media Group Co. – a Chinese investor.

This cable to Hong Kong would allow greater bandwidth that would speed up internet connections in Asia.

But the Department of Justice and other government agencies raised national security concerns.

The Team Telecom – the multiagency panel led by the Justice Department – raised red flags about the $300 million-dollar project because of China’s crackdown on pro-Democracy protests in Hong Kong as well as Dr. Peng Telecom & Media Group Co.’s ties to the Chinese government.

If this deal is rejected it would be the first time the U.S. government blocked a project of this nature because of its threat to national security.

This is not the only business deal with China under scrutiny.

The Trump administration gave U.S. businesses another 90 day extension to wind down their dealings with the Chinese telecom giant Huawei because of their links to Chinese intelligence.

These two points of conflict combined with the President imposing tariffs on $300 billion worth of Chinese imports on September 1 add up to the most high stakes trade war in American history.

And President Trump bet his re-election on striking a deal with China that ends the Chinese rip-off of American industry.

But the President can’t force China to the negotiating table unless he inflicts pain on the Chinese economy.

However, given the trading relationship between the Chinese and America, any slowdown of the Chinese economy could drag economic growth in America to a crawl.

That could cost the President re-election.

The President needs to show progress and William Barr and the Justice Department stepping up to reject the undersea cable to Hong Kong strengthens President Trump’s negotiating hand.

One thing is clear – making trade with China work for America is an issue that the President is willing to shed political blood on.

Trump is going to push this fight regardless of the politics because he believes it is the right thing to do.