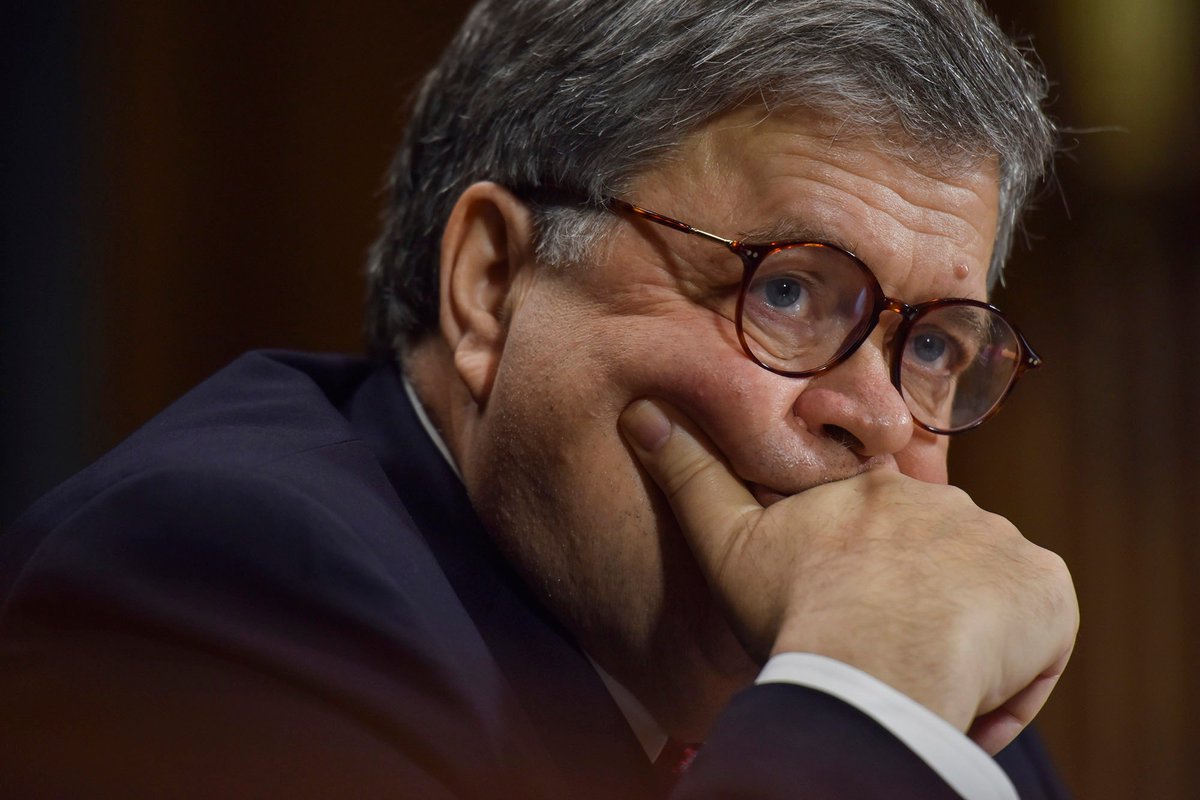 Attorney General William Barr has been one of Donald Trump’s most loyal and effective cabinet officials.

But their relationship may have reached a fork in the road.

Now William Barr might get fired after he told Donald Trump this bad news.

Rogue prosecutors in the U.S. Attorney’s Office in the District of Columbia closed McCabe’s case without bringing any criminal charges despite what critics believe was a slam dunk case.

After a lawless group of anti-Trump activists announced they would not pursue criminal charges against McCabe, McCabe strutted like a peacock across fake news CNN bragging about how a rigged system worked in his favor.

Without a hint of self-awareness, McCabe whined about why the investigation took two years only to produce no criminal charges.

“Obviously, I don’t know if I can give you a sense of it…to have this horrific black cloud that’s been hanging over me and my family for almost the last two years, to have that finally lifted is just an unbelievable — it’s a relief I’m not sure I can really explain to you adequately. It’s just a very emotional moment for my whole family,” McCabe ranted on fake news CNN.

Of course, McCabe played a key role in initiating the FBI’s Russian collusion witch hunt which dragged on for two years and tortured countless families despite McCabe and other higher-ups knowing the idea of the Trump campaign coordinating with Russia was nonsense right off the bat.

“And I have to say that as glad as I am that the Justice Department and the DC US attorney’s office finally decided to do the right thing today, it’s an absolute disgrace that they took two years and put my family through this experience for two years before they finally drew the obvious conclusion and one they could have drawn a long, long time ago,” McCabe added.

McCabe continued that “the President’s kind of revenge tirade following his acquittal in the impeachment proceeding has only amplified my concerns about what would happen in my own case.”

But in what many Trump supporters saw as the most insulting and outrageous part of the interview, McCabe had the nerve to claim he was the victim of political persecution.

“The pursuit of political enemies and use of the criminal justice system and criminal investigations to exact some sort of political revenge on those enemies is something that should not be happening in the United States of America,” McCabe stated.

It was McCabe that opened up an investigation into President Trump after Trump fired James Comey because McCabe and others disagreed with the President’s foreign policy.

And that investigation followed the Russian collusion hoax which was an attempt by Donald Trump’s political enemies in the Obama administration and FBI to ruin Trump’s campaign and then Presidency with conspiracy theories and lies about coordination with the Russian government.