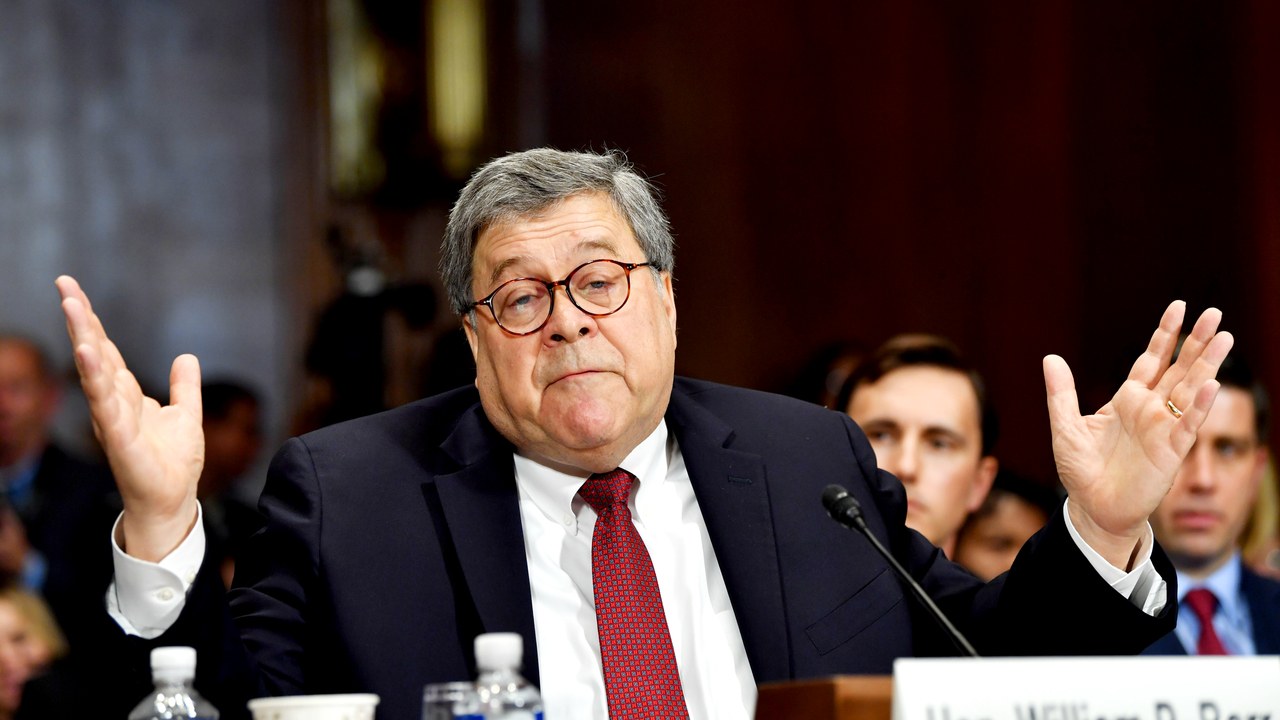 Democrats are just looking for a reason to sell removing the President from office to the American people.

But William Barr stepped up and is about to hit Nancy Pelosi with this insanely bad news.

William Barr is the worst thing congressional Democrats have had to deal with in years.

After President Trump decided to appoint someone to punch back at the nearly endless attempts to undermine his presidency, Barr hit the ground running and almost immediately got to work taking Nancy Pelosi and Chuck Schumer to task on their efforts to use the Russia investigation to take down Trump.

And with the conclusion of Special Counsel Robert Mueller’s investigation into the conspiracy theory that the Trump campaign had colluded with the Russians to steal the 2016 election, Barr decided to switch his strategy up and go on offense.

It was the last thing Nancy Pelosi could have hoped for.

Fox News reports, “The federal prosecutor named by Attorney General William Barr to look into the origins of the Russia investigation will come to a substantive conclusion, according to Rep. Mark Meadows, R-N.C. Connecticut federal prosecutor John Durham is looking closely at the intelligence community’s activity in late 2016 and early 2017, the House Freedom Caucus chairman claimed on ‘Hannity.’”

Barr’s decision to look into the intelligence community’s analysis that Russia had worked to get Trump elected could be the final blow to Democratic hopes to impeach the President.

And if Barr’s team concludes that there wasn’t just no collusion, but also that Trump didn’t benefit in any way from the Russians and that Moscow didn’t want Trump to win the election, that could be the final end of the Russia investigation.

“The attorney general of the United States and U.S. Attorney John Durham are doing an investigation,” Congressman Jim Jordan said. “They have told us this is broader than just the FBI – they’re going to look at all of this.”

“Then we will see where Mr. Durham and Mr. Barr where their investigation and what they come back with,” adds Congressman Jordan.

Barr’s move could have devastating repercussions for Democrats down the line.

Not only could it uproot their biggest argument for removing Trump from office the past two years, but it could also expose just how hypocritical Democratic congressional leaders have been this whole time.

“As part of its ongoing ‘multifaceted’ and ‘broad’ review into potential misconduct by U.S. intelligence agencies during the 2016 presidential campaign, the Justice Department revealed Monday it is also investigating the activities of several ‘non-governmental organizations and individuals,’” adds Fox News.

There’s another key point that Barr is working to investigate as well.

He’s investigating where the rumors that Trump had coordinated with the Russians first came from.

And that could lead him all the way to the heart of the Democratic leadership in Congress.

Do you think Barr should get to the bottom of the Democrats’ plot to destroy Trump?