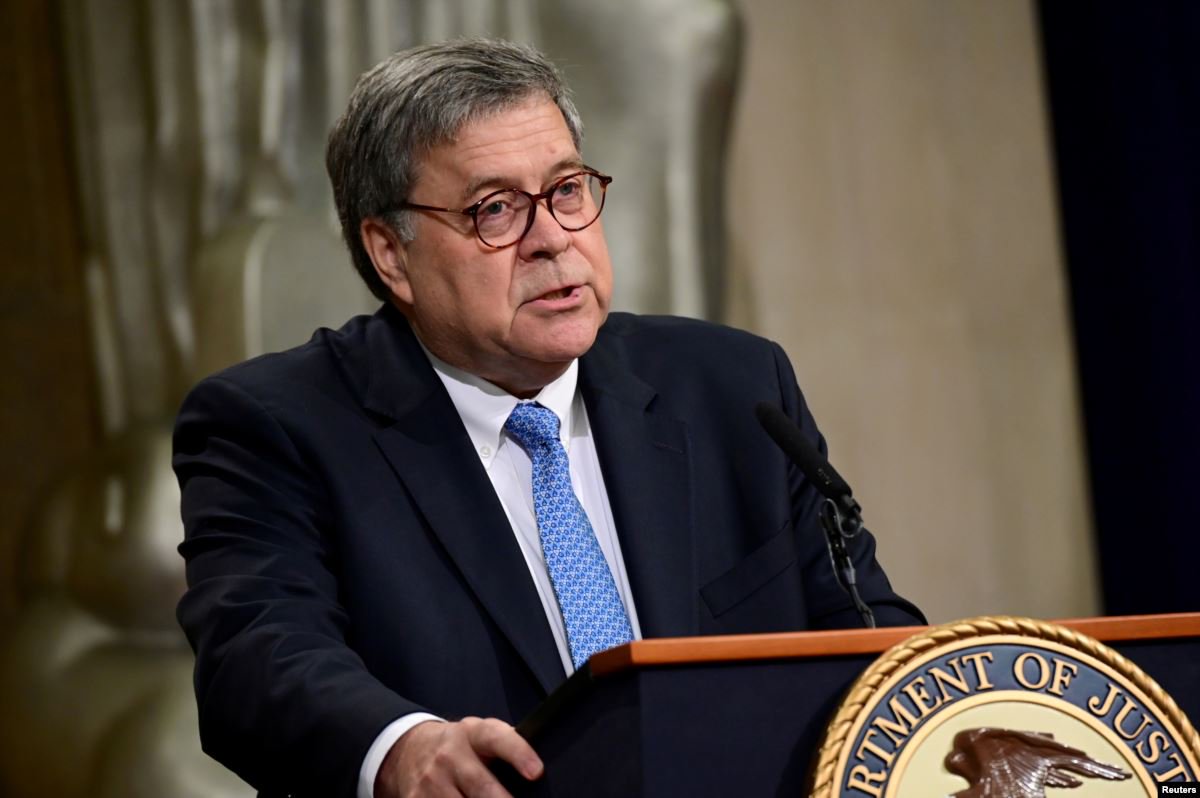 House Speaker Nancy Pelosi and Adam Schiff had no idea what they got themselves into.

And that became clear when William Barr revealed he has one ace up his sleeve on impeachment that is bad news for Nancy Pelosi.

In his remarks, the Attorney General implied the current impeachment witch hunt was nothing more than the latest step in the left’s unyielding assault on the legitimacy of the 2016 Presidential Election.

“Immediately after President Trump won election, opponents inaugurated what they call ‘The Resistance’ and they rallied around an explicit strategy of using every tool and maneuver to sabotage the functioning of the executive branch,” Barr explained.

Attorney General Barr went on to debunk the fake news lie that it is Donald Trump that is destroying constitutional norms.

“The fact of the matter is that, in waging a scorched earth, no-holds-barred war of ‘Resistance’ against this Administration, it is the Left that is engaged in the systematic shredding of norms and the undermining of the rule of law. This highlights a basic disadvantage that conservatives have always had in contesting the political issues of the day. It was adverted to by the old, curmudgeonly Federalist, Fisher Ames, in an essay during the early years of the Republic,” Barr declared.

For all the talk of the “lock her up chants” at Trump rallies, it is, in fact, Democrats and Trump opponents leading investigations of their political opponents.

The FBI, CIA and other leakers inside the Deep State turned the intelligence community into a kind of secret police that set out to frame the President of the United States for colluding with the Russians.

Barr explained that liberals launched this “scorched earth” resistance against Donald Trump because politics is their religion.

Losing power is their biggest sin so the left set about trying to oust Donald Trump by any means necessary.

“In any age, the so-called progressives treat politics as their religion. Their holy mission is to use the coercive power of the State to remake man and society in their own image, according to an abstract ideal of perfection. Whatever means they use are therefore justified because, by definition, they are a virtuous people pursing a deific end,” the Attorney General continued. “They are willing to use any means necessary to gain momentary advantage in achieving their end, regardless of collateral consequences and the systemic implications. They never ask whether the actions they take could be justified as a general rule of conduct, equally applicable to all sides.”

The left lost their minds over this speech.

University of Texas Law Professor Steve Vladeck whined that Barr received a standing ovation from a group of conservative lawyers.

It’s not just that the Attorney General of the United States said these things; it’s that his audience at the @FedSoc convention gave him a standing ovation for doing so.https://t.co/3HrUMpIhar

The executive power passages were deeply hypocritical; this is downright offensive. pic.twitter.com/SFys3u6Zs6

Members of the fake news media that shared these criticisms of Barr acting partisan on social media never took any issue with former Attorney General Eric Holder declaring his job was to serve as Barack Obama’s “wingman.”

What really troubled the fake news and their allies in the Democrat Party is that Donald Trump and his allies are starting to cut through the fog of lies and distortions Pelosi, Adam Schiff and the rest of the Democrats are spreading to trick the American people into supporting their hoax impeachment.

Do you agree with Attorney General William Barr’s comments?

Let us know your thoughts in the comment section.