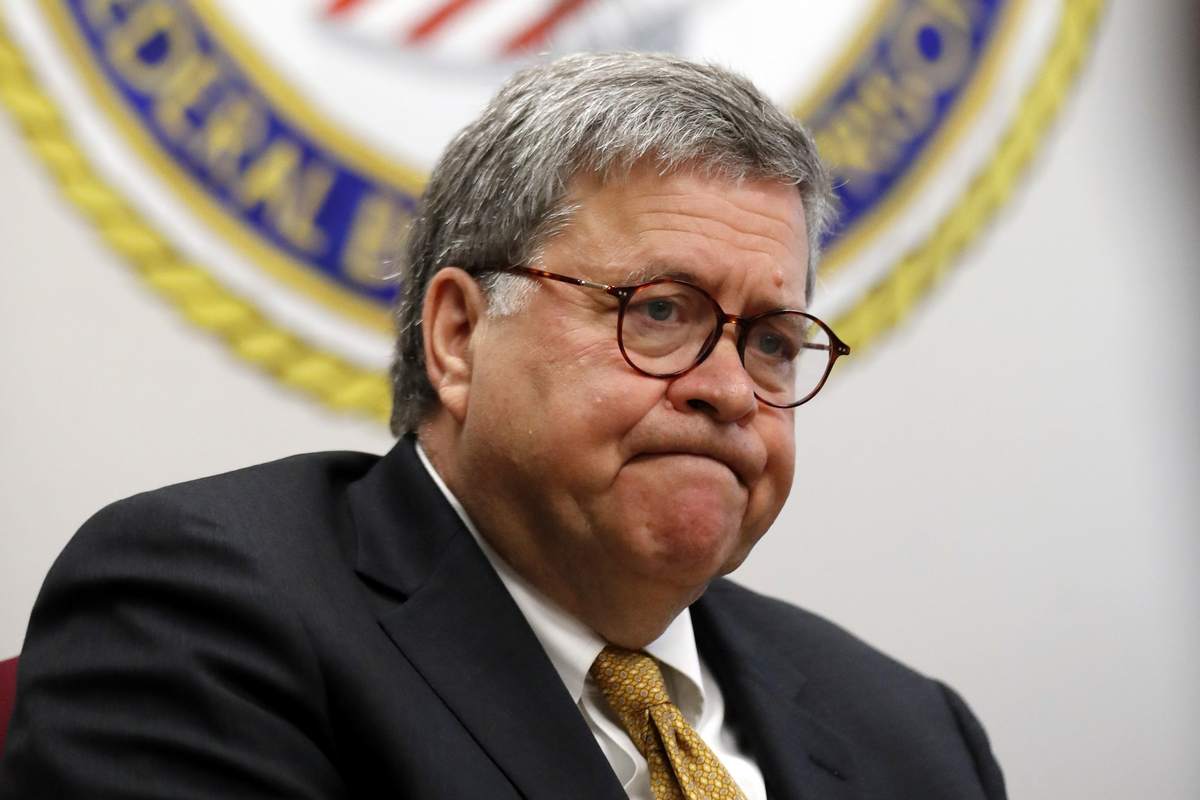 Bill and Hillary Clinton’s public life has been evading one scandal after another.

But it looks like their luck just ran out.

That’s because William Barr hit Hillary Clinton with a nasty surprise that made her blood run cold.

As reported by Conservative Revival:

Hillary Clinton has had one of the worst two years of anyone in America.

She was destined to succeed Barack Obama to the presidency in her eyes.

And yet she ended up losing in a historical upset defeat to Donald Trump, who managed to flip multiple states that had been in the Democratic column for decades in order to defeat her.

Clinton suddenly became one of the most irrelevant people in American politics.

But her troubles have only just begun.

And it’s all because William Barr is about to deliver to her news that could completely ruin her life.

Fox News reports, “Attorney General William Barr said Saturday that he is ‘appalled’ by the death of disgraced financier Jeffrey Epstein – and said that he has spoken to the Department of Justice’s inspector general about opening a probe into the circumstances surrounding the apparent suicide.”

Epstein’s apparent suicide could open up a whole new can of worms for Hillary Clinton.

And that’s partly because the Clintons have connections with the former pedophile.

If Barr is serious about investigating the causes behind how Epstein could have died while supposedly being on a 24-hour suicide watch, he may end up uncovering more than just the cause of death for the former billionaire.

“I was appalled to learn that Jeffrey Epstein was found dead early this morning from an apparent suicide while in federal custody. Mr. Epstein’s death raises serious questions that must be answered. In addition to the FBI’s investigation, I have consulted with the Inspector General who is opening an investigation into the circumstances of Mr. Epstein’s death,” Barr said in a statement after Epstein’s death was announced.

It seems Barr is dead set on uncovering the truth, which again could lead to complete disaster for Clinton and other prominent Democrats.

Epstein had connections with many prominent figures on the left, with Bill Clinton being just one of them.

But the potential for other major players within the Democratic Party to go down with him could be on the table, and Barr’s investigation could still shine a light on the entire situation.

Which is why his announcement could prove to be disastrous for Hillary.

At a time when she would like nothing more than for the rest of the world to forget who she is, William Barr could be connecting her husband to one of the sickest criminals in modern history.

Fox News reports, “Epstein, who is accused of sex trafficking minors, was found unresponsive inside his cell at the Metropolitan Correctional Center in New York City around 6:30 a.m. Life-saving measures were initiated immediately by responding staff. He was transported to New York Presbyterian-Lower Manhattan Hospital and was dead on arrival, officials said.”