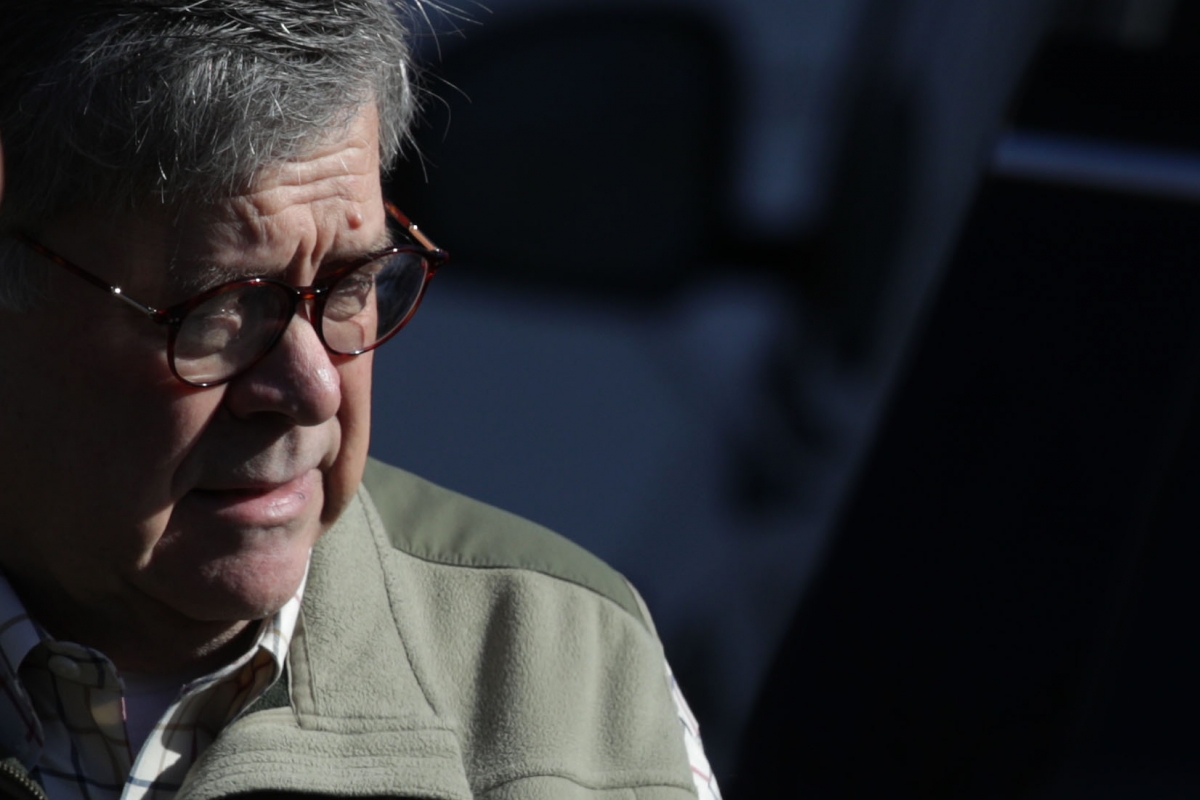 Attorney General William Barr has the Deep State on the run.

Barr’s investigation into the origins of the FBI’s Russia probe threatens to expose one of the worst criminal conspiracies in American political history.

And William Barr has this ace up his sleeve that keeps Barack Obama up at night.

For his entire term in office, President Trump has had to contend with the power and might of the Deep State, which has worked to undermine, undo, and even prematurely end his presidency.

Angered over his upset defeat of Hillary Clinton, who media and political elites had thought was guaranteed to win the 2016 election, a collection of political operatives, government workers, media figures, and other influential individuals both inside and outside of Washington DC have conspired against Trump.

It was the Deep State that kept leaking classified and other sensitive materials from the Trump administration, worked to discredit his defeat of Clinton by perpetuating the phony Russian collusion conspiracy theory which was eventually debunked, and even went so far as to work to rig the election in Hillary’s favor in 2016.

But the Deep State’s days of targeting President Trump may finally be at an end.

And it’s all because William Barr is setting his sights on them once and for all.

Politico reports, “Democrats lurching toward potential impeachment and ramping up their probes of President Donald Trump are becoming increasingly worried that the Justice Department will subvert their efforts.”

“An internal DOJ watchdog report on the origins of the Russia probe is expected to spotlight potential political bias by FBI agents at the heart of the Russia probe. The report, due out as soon as this month and as late as October, could raise pointed questions about the FBI’s decision-making at the time — handing Trump a bludgeon in his long-running campaign to accuse the bureau of mounting a ‘coup’ against him,” adds Politico.

The problem that the Deep State now faces is that they overreached.

The damage they inflicted on his presidency is now being repaid tenfold, and Barr is just now getting started.

“They [Democrats] fear the report, by DOJ Inspector General Michael Horowitz, who is respected by lawmakers from both parties, will diminish any momentum Democrats are seeking in their efforts to convince Americans that Trump obstructed the Russia investigation, later taken over by special counsel Robert Mueller,” states Politico.

There’s a good reason they fear the report too.

They know that the Deep State went too far in perpetuating the Russia allegations.

Because it’s given Barr a reason to go after them with the full force of the Justice Department.

And Barr is now on a one-man mission to see to it that justice is finally done after years of watching the Deep State operate with impunity.

“And it’s not just the IG report that could disrupt Democrats’ plans. Trump recently gave Attorney General William Barr broad authority to declassify information about how the Russia probe began — an order that prompted Democrats to warn of selective declassification that wouldn’t tell the full story,” adds Politico.

Do you think William Barr will work to take down the Deep State?

William Barr was Blindsided by One Accusation That Could Ruin Him