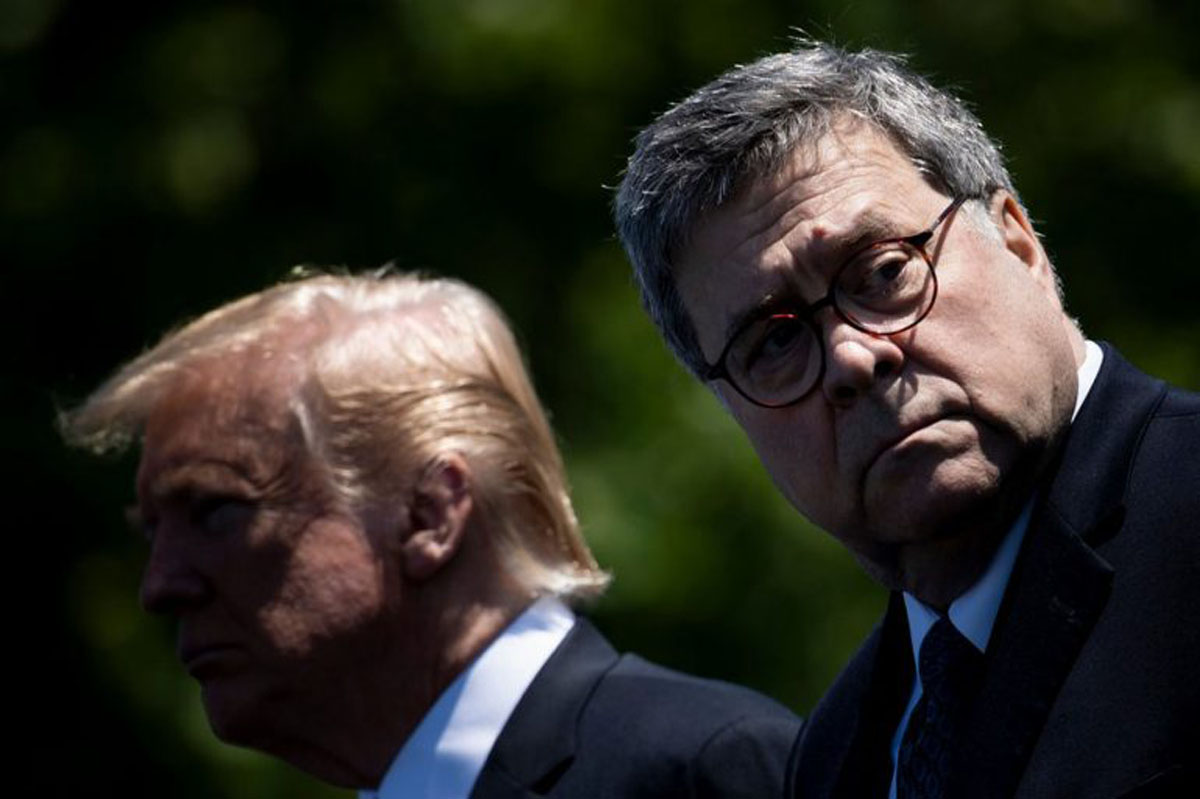 Attorney General William Barr is the one on the hot seat.

But William Barr took one giant risk. Here is what had Trump furious.

Robert Mueller and his rogues’ gallery of comic book super villain prosecutors had Trump associate Roger Stone in their sights from the moment the Russia witch hunt started.

Democrat prosecutors believed Stone was a key cog in the collusion scheme because of his boasting about talking to Julian Assange and a tweet claiming it was Clinton campaign chairman John Podesta and his brother Tony’s “time in the barrel.”

Of course there was no collusion.

The whole thing was a hoax cooked up by the Democrats and in coordination with a foreign spy.

But Mueller and his goon squad still needed a scalp, so Mueller supervised a land, sea and air invasion of Stone’s home by the FBI to arrest Stone on process crime charges of lying to Congress and witness intimidation.

Prosecutors finally handed down their recommendation for Stone to serve seven to nine years in prison and Americans were in shock at the cruelty.

President Trump expressed his outrage that prosecutors want to lock Stone up and throw away the key, but also have not charged Andrew McCabe and James Comey despite criminal referrals from Department of Justice Inspector General Michael Horowitz.

“This is a horrible and very unfair situation. The real crimes were on the other side, as nothing happens to them. Cannot allow this miscarriage of justice!” the President tweeted.

A Justice Department official told POLITICO that the Department was stunned into silence by the sentence recommendation which came down with such a Draconian sentence.

A senior Justice Department official said Tuesday afternoon that department leaders were taken by surprise by the recommendation in the prosecution filing. The official, who spoke on condition of anonymity, said the decision to revise the submission was unrelated to Trump’s tweet and took place Monday evening, prior to Trump sending the message.

Within 24 hours, the Justice Department retracted the sentencing recommendation and announced they would seek a sentence more in line with Stone’s crimes given his lack of a criminal record.

Aaron Zelinksy – who was a member of Mueller’s attack dog prosecutor team – announced he was resigning from the United States Attorney’s Office in the District of Columbia – although Zelinksy would still work in the U.S. Attorney’s office in Maryland.

This is not the end for Stone.

That’s why many political insiders expect the President to pardon Stone, Paul Manafort and Michael Flynn after the election.

Nancy Pelosi Crossed One Red Line. This Is Why Trump Says She Should Be In Jail