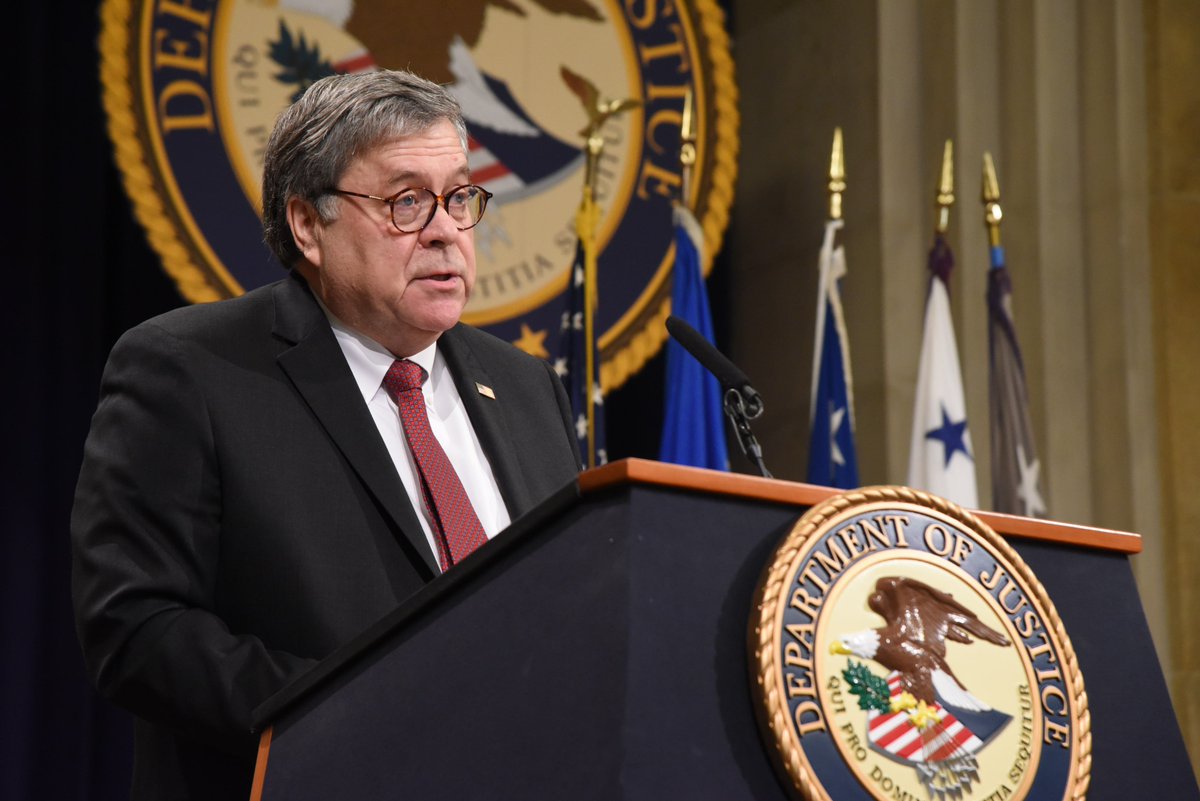 The Obamagate scandal is exploding.

All of the Deep State crimes and conspiracies against Donald Trump are coming to light.

William Barr gave Barack Obama a warning about criminal charges that no one saw coming.

United States Attorney John Durham is running a criminal investigation into the origin of the Russian collusion hoax.

With the election just two months away, this may be the last chance to hold the criminals that tried to bring down President Trump with this conspiracy theory accountable.

So far, only FBI lawyer Kevin Clinesmith pled guilty in the probe.

Disgraced former FBI agent Peter Strzok bragged on CBS that he did not expect any more indictments.

“With regard to government employees working on the case? Not at all,” Strzok declared.

But Strzok may not have his finger on the pulse of the state of affairs in the Durham investigation.

In an interview with NBC, Attorney General William Barr disagreed with the premise that there would be no more indictments in the Durham probe.

“No, I wouldn’t say that at all, no,” Attorney Barr stated.

“I don’t let that bother me. I’m going to do what I think is right and in the public interest,” Barr told NBC. “As I already said, I’m conscious of the election and I don’t think any of the things that are being worked on are going to have an adverse effect on that. And I also think there’s strong public interest involved as well.”

“Remember when I said, wake me when there are indictments and or arrests? Well, a solid DOJ source just told me to ‘set my alarm clock.’ I said, I’ll believe it when I see it,” Corke tweeted.

So far, none of the big-name Deep State ringleaders – James Comey, John Brennan, James Clapper, Andrew McCabe, Peter Strzok or Lisa Page – seem to be on the verge of indictment.

Trump supporters want to give Barr and Durham the benefit of the doubt because Barr has stated there was zero basis to begin the Russian collusion investigation and Durham is running a criminal investigation.

But after years of false hope about the prospect of holding Barack Obama and his Deep State minions accountable, Trump supporters are taking a wait-and-see approach.