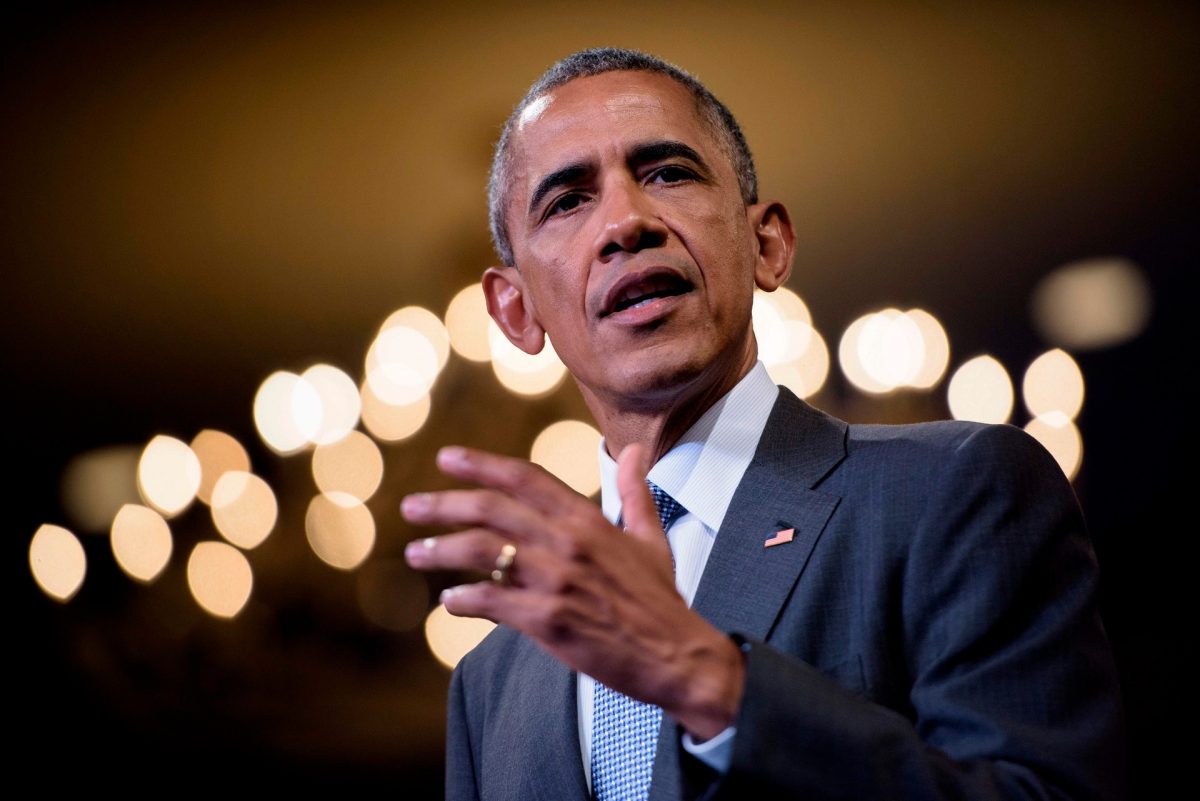 William Barr’s investigation into the origins of the Russian collusion hoax is bearing fruit.

His findings will threaten some of the most powerful people in Washington.

And William Barr is sitting on a bombshell truth that is bad news for Barack Obama.

It’s becoming clearer by the day that the Obama administration spied on the Trump campaign during the 2016 election.

Democrats were so eager to investigate the bogus claim of Russian collusion, but they were suspiciously incurious about how the Russian investigation started in the first place.

They had no interest in how or why the FISA warrants were issued against Trump officials, or why government spies made contact with Trump staffers.

The left doesn’t seem to care about the Obama administration launching Operation Crossfire Hurricane, the code name given to the effort to spy on Trump.

However, much to the consternation of the left, Attorney General William Barr is very concerned about these things.

And so is Department of Justice Inspector General Michael Horowitz.

The IG report into the origins of the Russian collusion infestation is set to be released soon, and it’s allegedly brutal for Obama and his cronies.

The IG doesn’t have subpoena power, but his findings will likely lay the foundation for criminal charges against Obama officials and deep state operatives.

Joe diGenova, a legal analyst and former federal prosecutor, appeared on Fox News and gave a blistering account of what’s likely to be in Horowitz’s IG report.

Obama loyalists and other deep state actors are likely in serious trouble.

We’ve only seen the tip of the iceberg with deceitful players like James Comey, James Clapper, Andrew McCabe, Peter Strzok, and Lisa Page.

DiGenova continued, “What’s clear now we know is that the senior levels of the Obama Justice Department were complicit in knowingly submitting materially false applications to the FISA Court for an illegitimate counterintelligence purpose. Not for a legitimate purpose but to spy on Americans for political purposes.”

The so-called mainstream media previously tried to soft-pedal this by saying that the Obama administration spied on Trump for his own good, which is ludicrous.

If that were true, Obama would’ve told Trump that he had concerns about bad actors within his campaign.

DiGenova concluded by saying this could be the greatest political scandal in history and that indictments are soon to follow.

Obama and his loyalists tried to fool everyone into believing his administration was scandal-free by repeating that mantra over and over.

The truth is that his administration was riddled with scandal, and this is just the latest one.