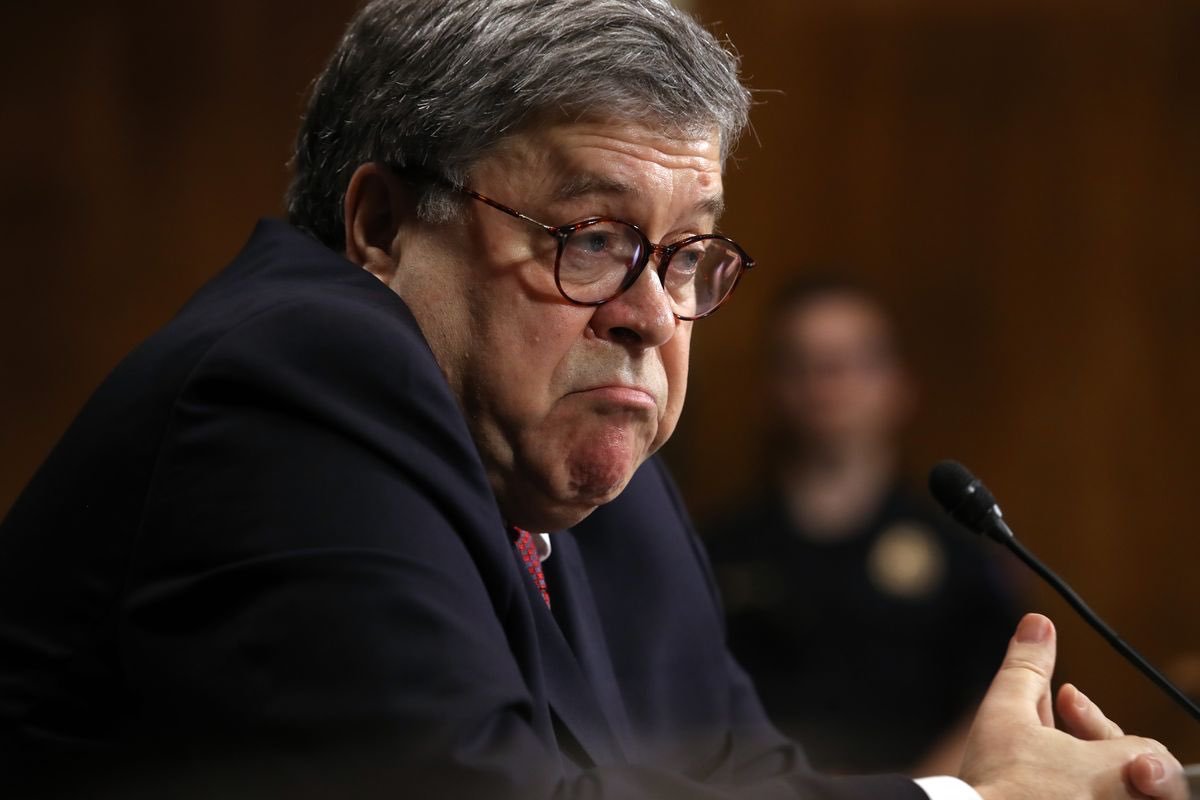 Adam Schiff and his allies figured if they could take down Barr the President would have one less capable defender in the administration.

And then William Barr gave one answer about impeachment that left everyone in silence.

Alleged “whistleblower” Eric Ciaramella tried to bring down Donald Trump by filing a phony complaint about the President’s July 25 phone call with the Ukrainian President.

Despite the fact that Ciaramella had no firsthand knowledge of the call, Atkinson outrageously deemed Ciaramella’s complaint credible and even referred to the Justice Department for a criminal referral for possible campaign finance violations for soliciting something of value from a foreign government.

The Justice Department quickly shot down this ridiculous attempt to criminalize the President’s dealings with a foreign head of state.

On the face of it, this story sounded ridiculous.

The Amazon Washington Post published so much fake news from anonymous sources that Trump supporters give their stories little credibility.

That turned out to be a wise decision when both President Trump and Attorney General Barr denied this fake news story.

Attorney General Barr flat out said he “didn’t remember any such request.”

“If you’re talking about press reports that he asked me to have a news conference, the fact is, I don’t remember any such request,” Barr declared. “In fact, my recollection is that I told the White House that we would do what we would normally do, and that is issue a press statement, which we did, and that was not an issue. There was no pushback on that.”

President Trump went even further on social media by not only denying the story, but highlighting the lack of credibility of the reporters that wrote what Trump claimed was a work of fiction.

“Bill Barr did not decline my request to talk about Ukraine. The story was a Fake Washington Post con job with an ‘anonymous’ source that doesn’t exist. Just read the Transcript. The Justice Department already ruled that the call was good. We don’t have freedom of the press!” the President exclaimed.

“The Amazon Washington Post and three lowlife reporters, Matt Zapotosky, Josh Dawsey, and Carol Leonnig, wrote another Fake News story, without any sources (pure fiction), about Bill Barr & myself. We both deny this story, which they knew before they wrote it. A garbage newspaper!” the President added.

The fake and corrupt news media made anonymous sources the basis of so many stories that turned out to be exaggerated or outright lies that many Americans dismiss out of hand anything so-called “mainstream” media outlets report unless there are on the record declarations from the key players.