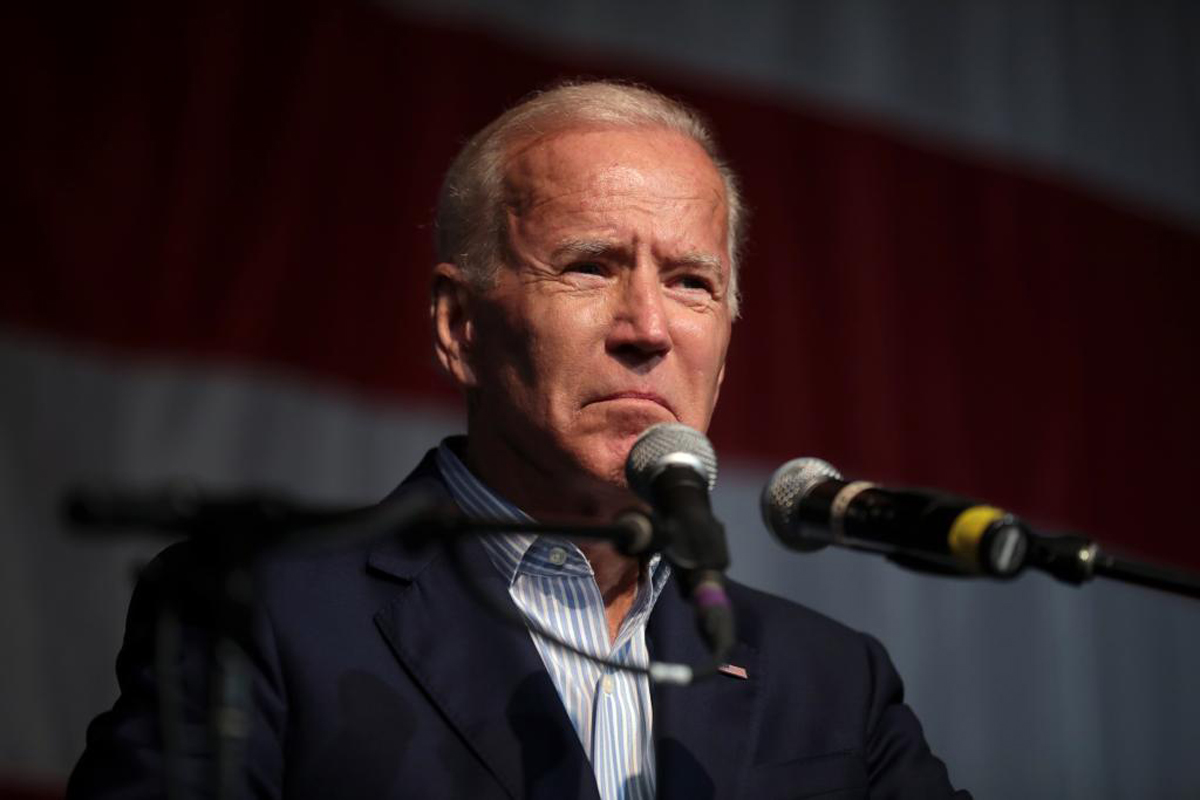 More Americans are asking questions about Joe Biden’s physical and mental fitness to serve as President.

Biden’s confused performance during the Afghanistan crisis is raising doubts about his ability to do his job.

And now a White House doctor saw a scary video of Joe Biden and sounded one big alarm.

When Joe Biden ran for president, his cognitive decline stuck out like a sore thumb.

Biden would routinely forget names when he was vice president, and sometimes could not even remember what state he campaigned in.

This deterioration only accelerated once Biden took office.

Biden once forgot the name of his secretary of Defense and the Pentagon.

There was a disastrous trip to Europe where a bumbling Biden experienced numerous bouts of brain freeze and had to be corrected by other world leaders.

But the worst was a newly published video showing a dazed and confused Joe Biden unable to find the entrance to the Oval Office despite Secret Service agents pointing him in the proper direction after they realized Biden was lost.

You can watch the disturbing video of Joe Biden lost in a fog of cognitive decline unable to find the door to the Oval Office at the bottom of this article.

That video led Congressman Ronny Jackson – who also served as White House physician to Barack Obama and Donald Trump – to post on social media that Biden got lost while walking on a sidewalk and needed to take a cognitive exam immediately.

“WOW! Biden MISSED the sidewalk on his way to Oval Office. How many times do you think he’s walked that path and now he just FORGETS!? Something’s not right. He MUST have a cognitive exam!” Congressman Jackson posted on Twitter.

During Donald Trump’s term in office the corporate media would routinely fabricate scandals claiming Trump was in the early onset of dementia.

The corporate media viciously mocked Trump for reciting the test on TV switching gears from claiming Trump had dementia to ridiculing Trump for passing such an easy test.

Joe Biden literally could not find the door to his house despite walking on a sidewalk that would lead him right to the entrance.

Biden also can’t even remember the names of his allies.

Jennifer Granholm was the governor of Michigan from 2007 to 2011 and now serves as Biden’s Secretary of Energy.

The talk surrounding Biden was always that he would step aside in 2024 and let Kamala Harris run for president.

But as the evidence piles up that Joe Biden is clearly senile and in a state of mental decline, many Americans no longer believe Biden will serve a full four-year term in office.

WOW! Biden MISSED the sidewalk on his way to Oval Office. How many times do you think he’s walked that path and now he just FORGETS!? Something’s not right. He MUST have a cognitive exam!
pic.twitter.com/hfgGsCscBf