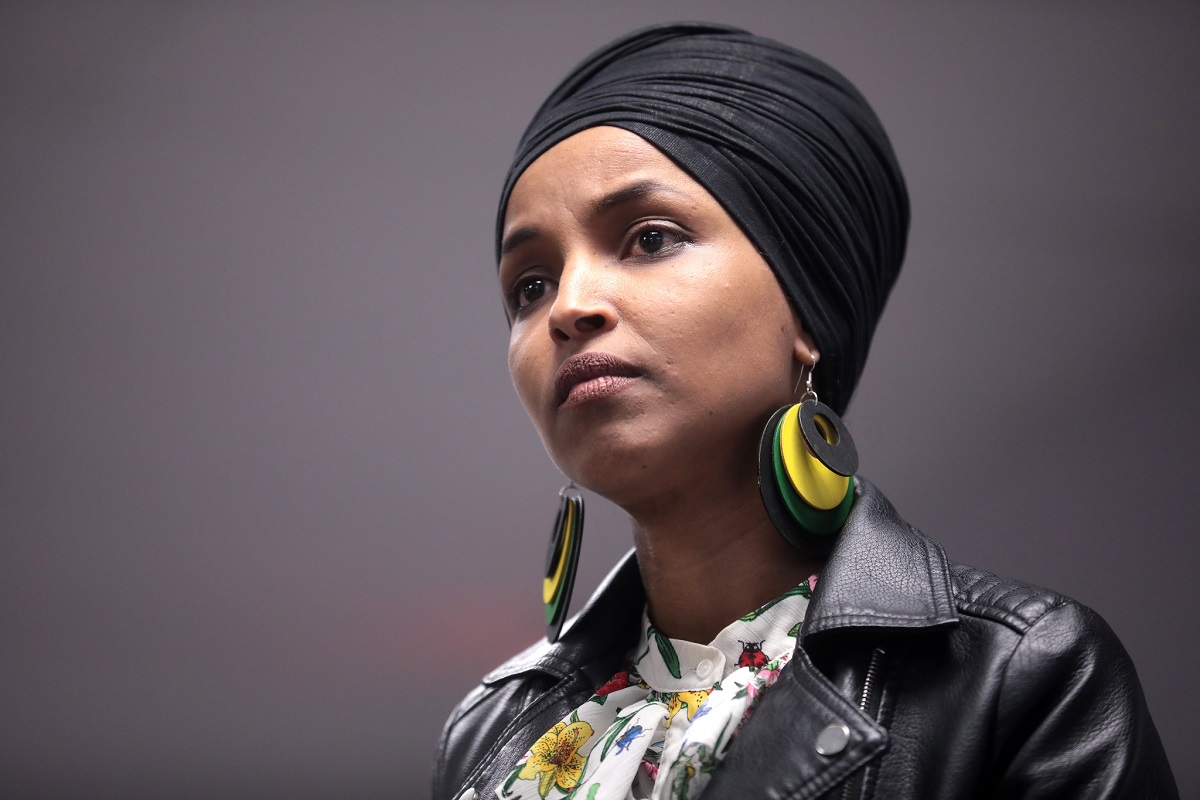 Ilhan Omar is no stranger to scandal.

But this one may have crossed the line.

And what Ilhan Omar just did to the U.S. military had people calling her a traitor.

Some Democrats viewed the carnage, chaos and death in Afghanistan as an opportunity to push an open borders agenda.

Minnesota Congresswoman Ilhan Omar could not even wait one day to pounce and publish an essay on CNN.com exploiting the death of 12 Marines and one Navy corpsman to claim it was time to throw open the borders and accept a massive amount of refugees from Afghanistan.

“Thursday’s terrorist attack on Afghans and US service members was yet another reminder of the terror the people of Afghanistan continue to face. Now is the time to redouble our evacuation efforts and do everything we can to get people out who are most at risk,” Omar wrote.

Omar’s fellow “Squad” member, Alexandria Ocasio-Cortez, said the United States needed to import a minimum of 200,000 Afghan refugees – and Ocasio-Cortez made it clear that number could swell into the millions.

Congresswoman Omar wrote that troops need to stay at the Kabul airport while Congress must pass legislation to speed up the process of granting refugee status despite the dangers to the troops and the country.

“We should not let paperwork and bureaucracy be a death sentence. Much like we did in the wake of Vietnam, we must allow Afghan citizens to emigrate here immediately using national interest waivers and humanitarian parole—which the administration has the legal authority to do. We must hold the airport in Kabul and lead an international coalition to evacuate every person who is fleeing for their lives in Afghanistan,” Omar wrote.

If troops remained at the airport they would be sitting ducks for ISIS terrorists who would continue to launch attacks.

Omar’s plea to speed up the asylum process would cripple the ability to properly vet the refugees which opens the doors to terrorists infiltrating the refugee program.

The Daily Caller already reported officials believes 0.5% of Afghan refugees are connected to terrorist groups, meaning the government must screen out hundreds of potential threats.

Ilhan Omar made no mention of the U.S. military evacuating American citizens.

Instead, Omar demanded the military remain in a kill zone to evacuate an untold number of Afghan refugees.

But that wasn’t even enough for Omar.

Omar urged Joe Biden to open the border to hundreds of thousands – if not millions – of refugees around the world escaping human rights abuses and so-called “climate change.”

“Afghanistan is not the only test. Central America, Haiti, Syria, Libya, and countries around the world are currently facing large-scale human rights crises and need our help. The climate emergency is already fueling extreme weather events, and climate migration is sure to be one of the defining political challenges of the coming century. We should be leading a global migration compact, which would provide global funding to address the migrant crisis and establish clear benchmarks for each nation to take in refugees (I have introduced a bill on just this.) I’m glad that the President allocated $500 million to help resettle Afghans, but we must do more. The reconciliation package should include funding to address this. And we must live up to our promises to increase the refugee cap,” Omar added.

No matter what is happening in the world, Democrats see the solution as more immigration.