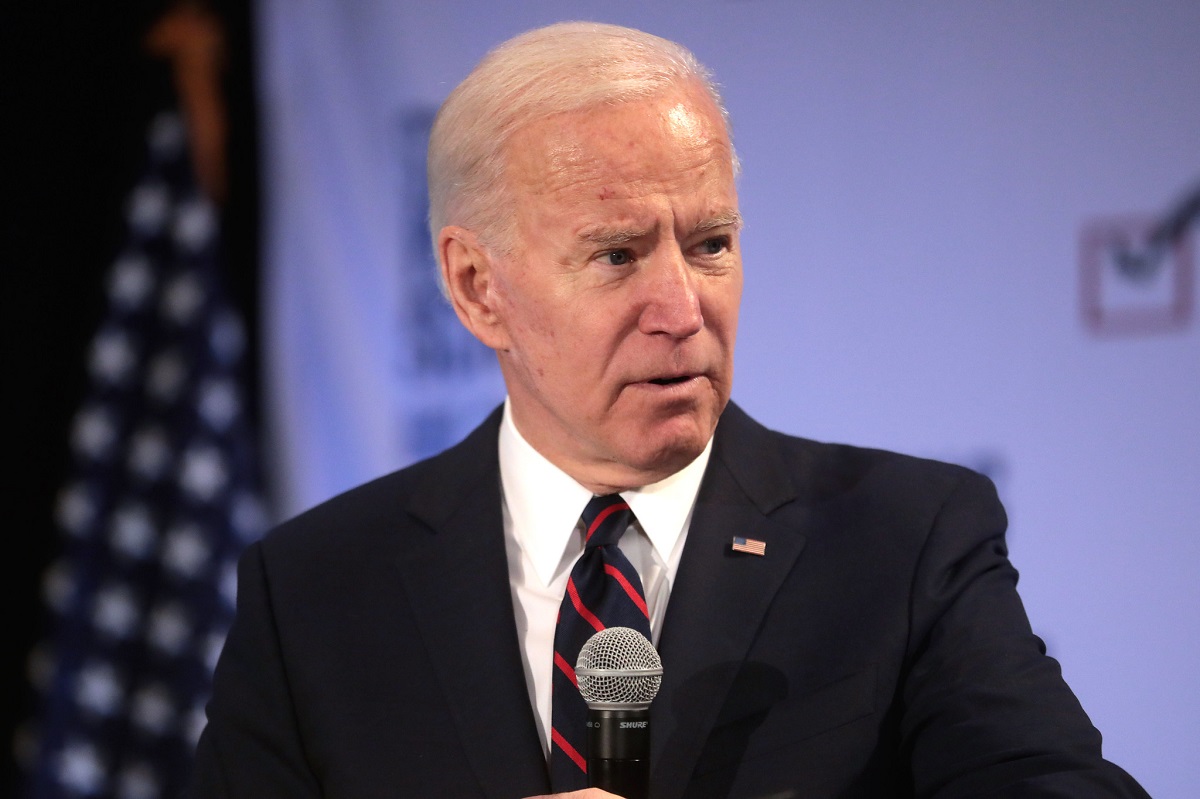 There is something disturbing about Joe Biden.

Polls show voters do not believe Biden is up to the job.

A viral video of Joe Biden had every American asking one big question.

Americans were stunned to see Joe Biden drift off into a haze of senility as his brain switched off during an interview with Jonathan Capehart.

Capehart saw Biden fall into a cognitive impairment stupor and had to shock Biden back to Earth.

BIDEN: "It's my intention to run again."

Biden’s display of mental enfeeblement came when Capehart asked if Biden planned to run for a second term and what his wife thought about that prospect.

Polls show even Democrats do not want Biden to seek a second term.

A CNN survey found 75% of Democrats want the party to pick a different candidate in 2024.

These poll numbers owe in large part due to the fact that Americans believe – based on their observations – that Joe Biden is either senile from old age or entering into dementia.

If Biden wins in 2024 Biden will be 86 years old when his second term ends.

Few Americans who watch that video of Biden’s brain turning off or any of the other videos where Biden forgets where he is or calls out to members of Congress who died months ago think Biden is actually capable of serving as president now, let alone at age 86.

But the corporate media covered up Biden’s deteriorating cognitive functions.

Activists in the press thought it would hurt Biden’s chances to defeat Trump in 2020 or to function as president now that he is in office.

But MSNBC actually airing that disturbing clip of Biden – the interview was taped and MSNBC easily could have edited Biden’s mental collapse out of the piece – hinted that a shift is coming.

Conservative commentator Mary Katharine Ham predicted that with polls showing Democrats set for a wipeout in the midterm elections the press would use that defeat to pivot to pulling back the curtain and finally reporting the truth about Biden’s decrepit mental state.

In about 3 weeks, we’re gonna be Now It Can Be Tolding this whole situation so hard. https://t.co/r6BXdn0Ds4

Democrats look like they are on track to lose both houses of Congress in November.

Economists project the economy to slip into a nasty and lengthy recession next year.

Those factors will obliterate any chance Joe Biden stands of defeating Donald Trump.

And some suspect MSNBC aired that disturbing clip of Biden to plant the seeds for the media to push a post-election storyline about Biden being in mental decline so Democrats can push Biden aside and hold an open presidential primary to select a new standard bearer in 2024.