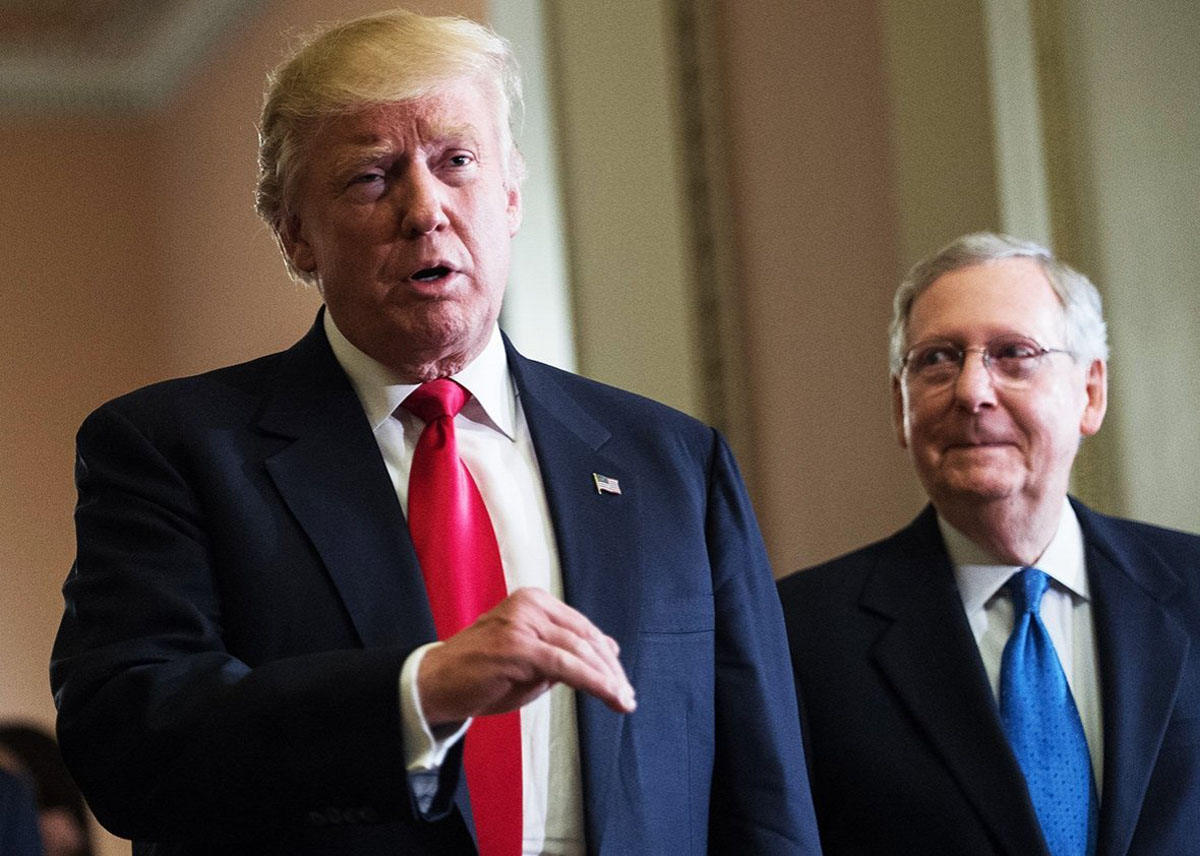 Democrats and their co-conspirators in the fake news media work every day to manufacture a new scandal about Donald Trump.

But their latest attempt backfired in a major way.

And this video of Donald Trump led to one of the Democrats most humiliating retreats.

The RNC has started up and the Democrats are using any excuse to frame Trump and his supporters in any negative way possible.

Trump was renominated as the Republican Party’s presidential candidate this past week and gave a speech in Charlotte, N.C. which discussed the Democrats’ attempt to steal the 2020 election.

“What it means is they are trying to steal the election from the Republicans, that’s what it means. Just like they did it last time with spying, and we caught them. And that included President Obama.”

One member of the crowd shouted, “Spygate!”

Another yelled “Sleepy Joe!” which prompted Trump to respond, “Let’s be nice. This could only happen in North Carolina.”

Of course, the Democrats did not take kindly to these remarks and attempted to viciously twist this Trump supporter’s words.

However, they didn’t just misinterpret what was said, they tried to change reality.

While the man in the crowd clearly shouted “Spygate,” the fake news media claimed he shouted “monkey!” in reference to Obama.

This is clearly false.

In the video, the word “monkey” is never said, so no one knows where the media pulled that from.

Some were quick to point out how ridiculous the claim was, recognizing the truth.

Philip Bump, a writer for the Washington Post, tweeted:

“He said “Spygate” – and the laughing was about someone else saying “Sleepy Joe.”

Even Aaron Rupar, a reporter at Vox who is outspokenly anti-Trump, admitted the hoax was stupid.

“I don’t think this is right. I went back and re-listened. The man yells “spygate!” and then someone in the crowd says, “Sleepy Joe!” That latter remark is the one Trump joked about.”

Talking Points Memo originally reported the false remark, but then went back to correct their mistake.

They republished their story with the disclaimer:

“Correction: This post initially reported that an audience member had shouted the word “monkey” during Trump’s comments on former President Obama. We have updated this post to note that it appears the audience-member said “SpyGate.” We regret the error.

Others were quick to run with the fake story, doing anything to drag Trump’s name through the mud as the presidential race grows tighter.

The Lincoln Project immediately ran with the fake story, posting it all over their Twitter.

Although their tweet has since been deleted, others ran with the false claim as well.

Jonathan Capehart, a reporter for MSNBC and Washington Post writer, not only retweeted The Lincoln Project’s tweet, he also compared this incident to the debunked claim that Trump called white supremacists, “very fine people.”

Other news outlets and media have reported on the story, refusing to correct the details.

This entire story demonstrates how afraid the liberals are of losing this race.

They’re going so far as to turn fact to fiction in order to gain clout with Biden supporters and undermine Trump.

As the election draws nearer, we can only expect more of this kind of fake news.