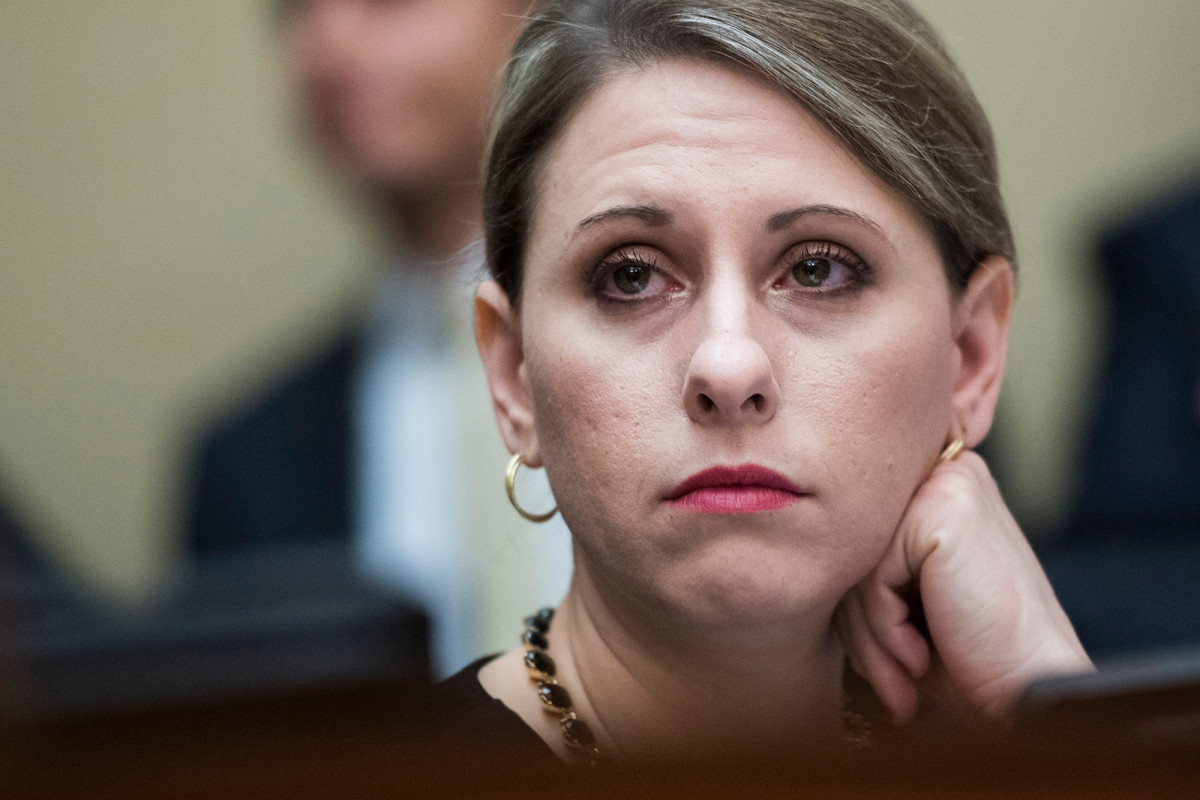 Democrats thought everything was going their way in the impeachment witch hunt.

But then the party was faced with a massive crisis that quickly spiraled out of control.

And that’s because this ugly sex scandal created one giant headache for Nancy Pelosi.

It’s been a bad week for Nancy Pelosi, she lost a trusted part of her team.

Katie Hill was an up and coming, enthusiastic young Democrat who managed to flip a Republican seat in California.

Nancy Pelosi needed people like Katie Hill to hold Congress after the 2020 election.

But Katie Hill’s whole career went up in flames after photos came out which showed that she was engaging in an abusive relationship with a young female campaign staff member.

It also emerged that she was having an affair with a male congressional staff member who she awarded a substantial bonus to.

Now another Democratic member of Congress is under investigation from the House Ethics Committee because of allegations that he had a sexual relationship with a congressional staff member.

The House Ethics Committee started investigations of two freshmen Democrats having affairs with their staff in two days.

The Democrats really need to improve the quality of the members they are sending to Washington or their control of Congress will be very short lived.

Michael F. Q. San Nicolas, a non-voting member of the House of Representatives, is facing a wave of serious allegations.

As reported by The Daily Wire:

“The Committee is aware of public allegations that Delegate Michael F. Q. San Nicolas may have engaged in a sexual relationship with an individual on his congressional staff, converted campaign funds to personal use, and/or accepted improper or excessive campaign contributions,” the committee said in a statement. “The Committee, pursuant to Committee Rule 18(a), has begun an investigation and will gather additional information regarding the allegations.”

John Paul Manuel – the former chief of staff and senior aide campaign official for San Nicolas – accused him in September of “using funds raised for his congressional campaign as reimbursements for an alleged foreign trip and hotel stays with his alleged mistress,” according to The Guam Daily Post.

Manuel also alleged that his former boss hired his alleged mistress to be part of his congressional staff.

Manuel also accused San Nicolas of forgery, saying: “He forged his father’s signature on all checks. He said he did so that if he was ever caught, it would be his father that got in trouble – not himself.”

It isn’t surprising that the political party that has abandoned family values, justice, and freedom is caught up in constant scandals.

Nancy Pelosi needs to make sure that her own House is in order before she goes and tries to accuse Republicans with made up crimes.