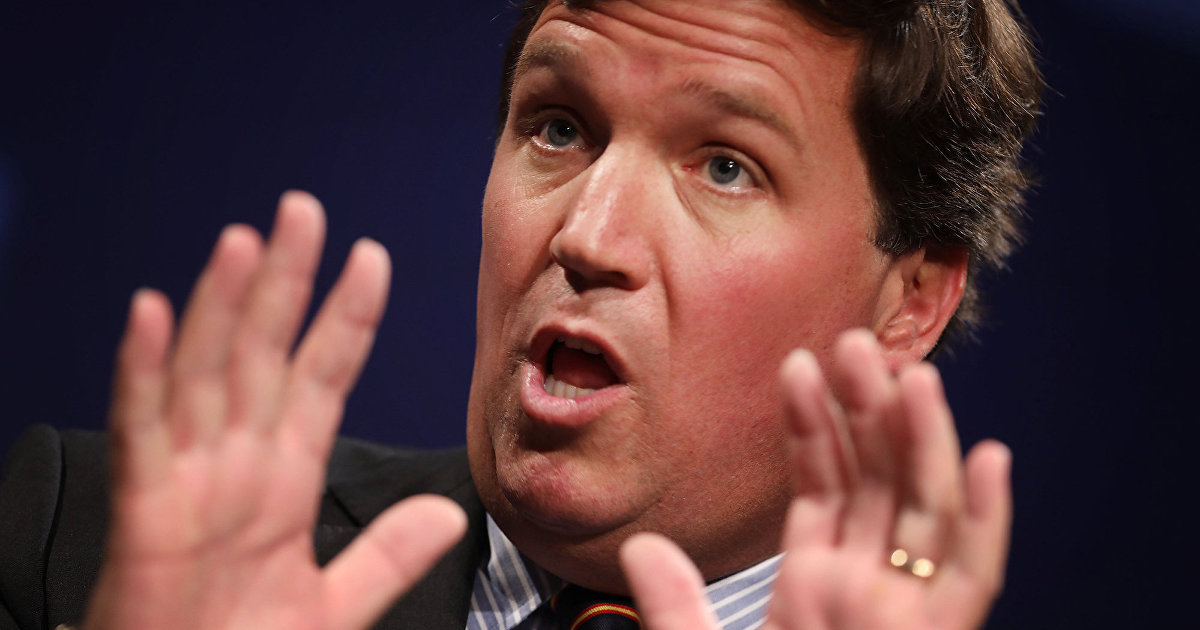 Fox News has been a target of the left for decades.

Liberal activists want to shut down the one mainstream media outlet, not in the pocket of the left.

All hell broke loose when Tucker Carlson took on this powerful Democrat.

On Monday night, Carlson savaged Illinois Senator Tammy Duckworth – who many believe is rising to the top of the list of contenders for Joe Biden to select as his running mate – for Duckworth’s comments on fake news CNN where she expressed her openness to tearing down statues of George Washington.

This led to furious denunciations in the fake news media and by Duckworth herself, claiming that because Duckworth was injured in combat she could never be criticized.

The following night, Carlson ripped Duckworth again for using identity politics to shut down criticism of her half-baked anti-American beliefs.

Carlson claimed he invited Duckworth on to defend her beliefs, but Duckworth would not come on the air unless Carlson apologized, which led to Carlson calling Duckworth a coward.

“We wanted to have an exchange like that with Tammy Duckworth tonight. So we called her office, and we invited her on the show. Her flack informed us that before even considering our request, we must first issue a public apology for criticizing Tammy Duckworth,” Carlson began.

In addition, Carlson exposed Duckworth as a fraud for her conduct as a member of Congress.

“In other words, ‘I will not debate you until first you admit you’re completely wrong.’ Keep in mind, Tammy Duckworth is not a child, at least not technically. She is a sitting United States Senator, who is often described as a hero. Yet Duckworth is too afraid to defend her own statements on a cable TV show. What a coward. Tammy Duckworth is also a fraud,” Carlson added.

Carlson then told the story about how veterans seeking medical care pleaded with Duckworth for help over substandard treatment provided by the VA.

Duckworth dismissed them and refused to help.

Carlson told the audience that Duckworth was a “callous hack” that “lacked moral authority.”

“She has no moral authority. She is just a politician like the rest of them. She works for us. This is a democracy. She has an obligation to explain herself and answer our question. And our first question would be, how can you lead a country you despise?” Carlson stated.

This follow-up monologue on Tammy Duckworth only enraged the fake news media more.

CNN’s supposed “media reporters” demanded Fox News comment – which is their way of pressuring Fox News to fire Carlson – and fake news CNN contributor John Avlon railed that it was in fact Carlson who was the pretend patriot.

But the fury of the attacks on Carlson only proved one point – and it was that Carlson hit too close to home with the truth about his commentary on Tammy Duckworth.