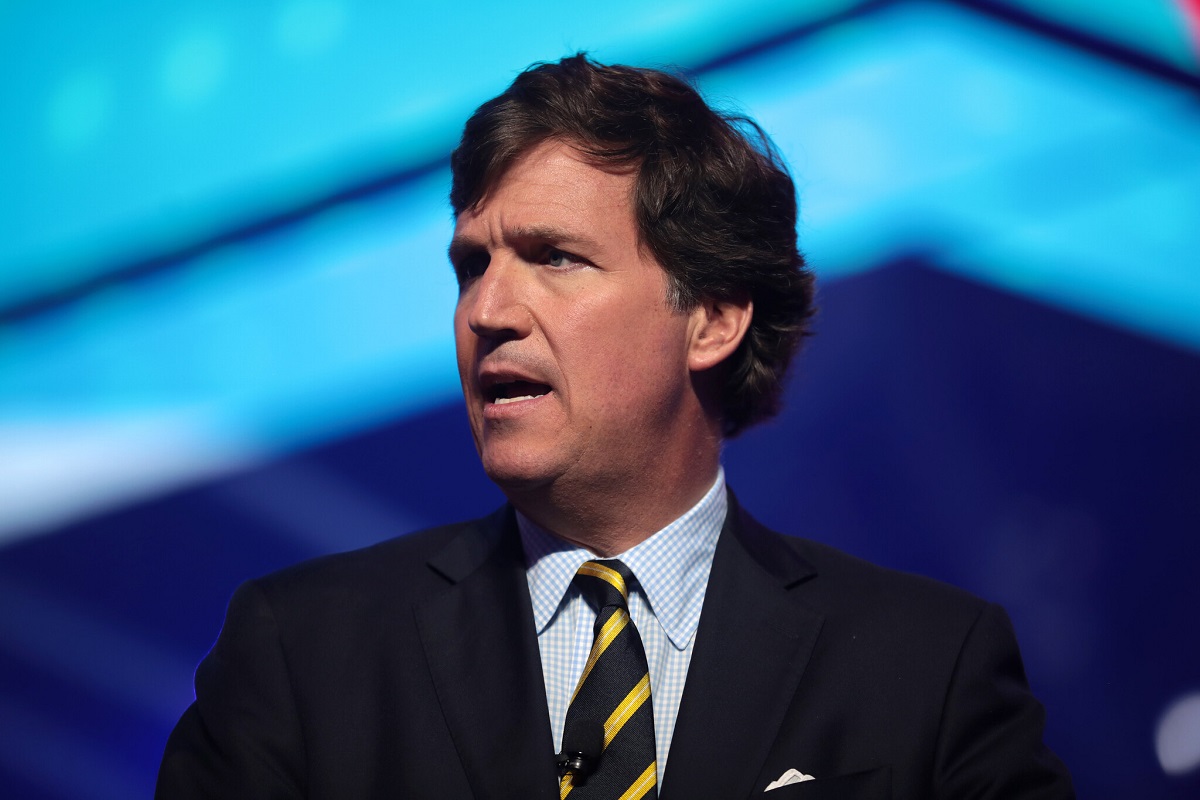 Joe Biden’s entire presidency is an attack on Americans’ understanding of their country.

It’s not getting better any time soon.

And Tucker Carlson let the cat out of the bag on the sick plan Joe Biden wanted to keep hidden.

Joe Biden is looking at lousy poll numbers and a disintegrating political standing.

With control of Congress slipping away from Democrats Biden and other top liberals believe their only chance to hang to their majorities is to incite a campaign of fear to scare their voters into turning out this November.

Biden announced the kickoff of this strategy during a speech at the White House where Joe Biden lied through his teeth about how Trump supporters would build on a potential Supreme Court ruling overturning Roe v. Wade to segregate public schools.

In his comments, a deranged Biden also smeared the Make America Great Again movement as the most dangerous bunch of extremists in American history.

“What are the next things that are going to be attacked? Because this MAGA crowd is really the most extreme political organization that’s existed in American history,” Biden exclaimed.

Tucker Carlson could not believe what he heard.

Not only did Carlson call out Biden for lying, but Carlson explained the danger Biden has likely presented to American democracy.

Carlson explained that draft opinion – authored by Justice Samuel Alito – explicitly stated this ruling applied only to abortion and no other issue.

“Everything about that is a lie,” Carlson told viewers. “Hard to believe that’s the president of the United States. It’s not a decision it’s an opinion. And that opinion says explicitly this reasoning applies only to Roe v. Wade and abortion and should not be applied to anything else. It says that flat out,” Carlson adds.

Carlson warned Americans Biden slamming Trump supporters as historical menaces and threats to the state lead to a dangerous place.

“And it’s easy to see where it goes from here, what do you do to terrorists? Well, you know what you do, you kill them. It doesn’t matter if they are American citizens,” Carlson added.

Carlson said Americans needed to look no further for evidence of this than the conduct and actions of Joe Biden’s former boss Barack Obama.

“Barack Obama taught us that, you drone ‘em. They are terrorists, terrorists they must die. So you should take close attention to what any president says at the podium, particularly when it is Joe Biden and everything he says he reads because he has no choice,” Carlson cautioned.

“What are we seeing? We are seeing a coordinated effort by the Joe Biden administration to recharacterize political dissent as terrorism. Disagree with us you are Al Qaeda, you are Hitler,” Carlson concluded.