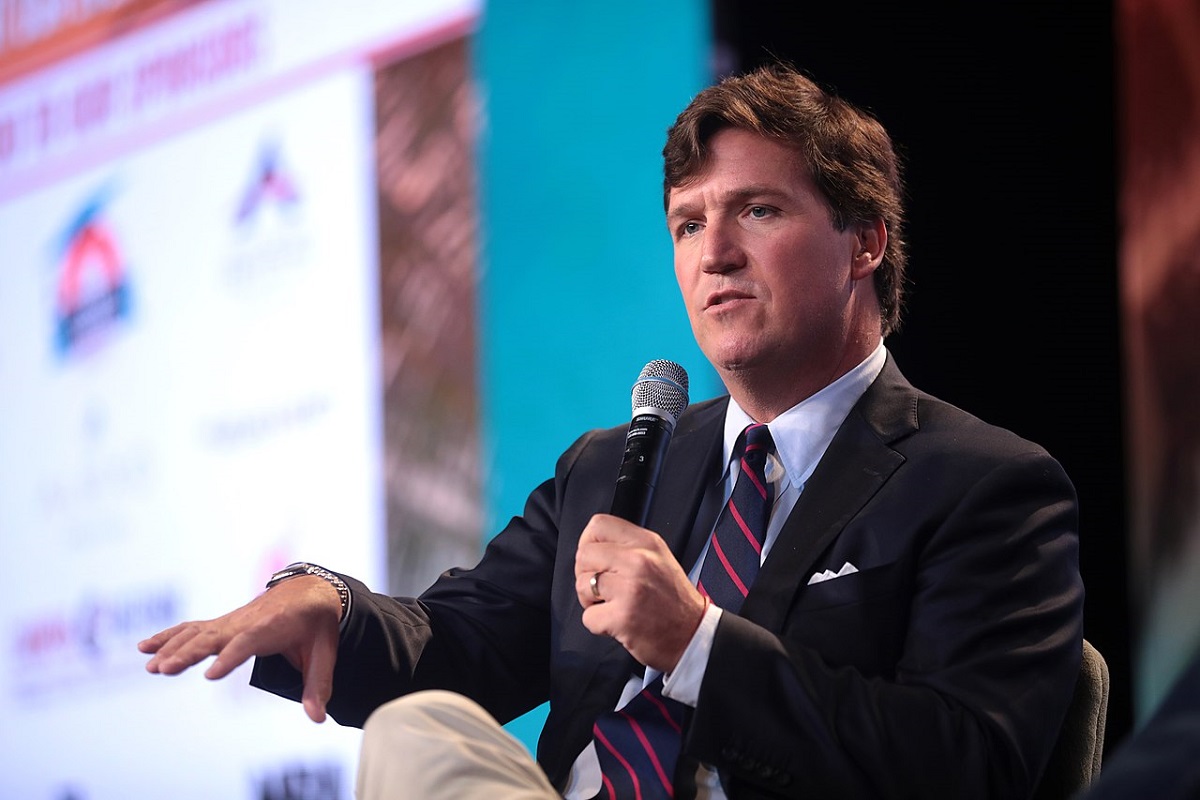 Tucker Carlson’s been atop the left’s hit list for years.

It all came to a head.

And Tucker Carlson received the one phone call he never thought would come.

During a recent broadcast of his nightly Fox News program Tucker Carlson revealed that Simon & Schuster was publishing his forthcoming book “The Long Slide.”

Carlson explained that political censorship would be a major topic of the book and that he planned to write about how Simon & Schuster canceled Missouri Senator Josh Hawley’s book after Hawley objected to the Electoral College results in Pennsylvania following the events of January 6 and that Carlson planned to cover the episode in his book.

“Simon & Schuster is not the government.” Carlson added. “It is a private company. But Hawley’s point of the First Amendment is real — what good is free speech if you can’t exercise it?  But for me personally, what happened to Josh Hawley with more than an academic question. At the time his book was canceled, I was also under contract to produce a book for Simon & Schuster — a collection of magazine journalism. Simon & Schuster was paying me to do it, but it still seemed cowardly not to address directly what they had done to Josh Hawley.”

Carlson went on to recount about how he called the company’s CEO Jon Karp to inform him that he planned to write about Simon & Schuster canceling Senator Hawley’s book and pressed Karp on cancellation.

“So, I called the head of the company, the CEO Jon Karp of the company, and I told him that I thought canceling a book for partisan reasons was disgusting and wrong, and it set a very bad precedent for American publishing,” Carlson continued. “Then I told him I wanted to write about in my new book as a kind of snapshot of what was happening across the country. So, I started to report on it. In the end, I interviewed Jon Karp and other Simon & Schuster executives at some length and on the record. I asked them under what circumstances are you willing to censor the political views of your authors?”

Carlson added that the conversations with Karp will appear in his book and that Karp agreed to an interview on television.

“It turned out to be an amazing series of conversations,” Carlson went on to say. “They were highly uncomfortable, as you can imagine, but fascinating. Their answers, some of them honest, some of them lies — revealed in the clearest possible way how Corporate America undermined free speech and the country itself. Last week, Simon & Schuster confirmed that they will publish my account of their censorship. CEO Jon Karp said he will come on this show to explain what he had done and attempt to justify it. We assume he will keep his word. We hope so. That book comes out of the week of August 10. You can preorder it now.”