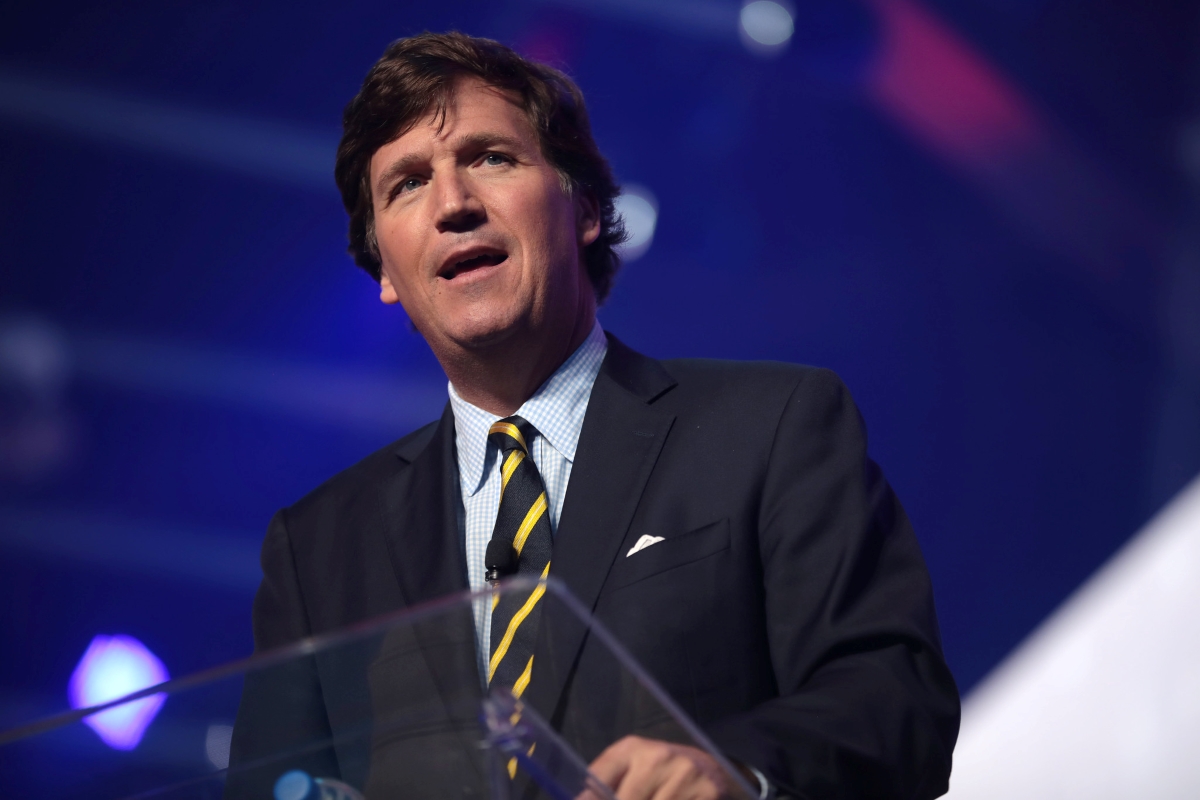 Joe Biden is trying to hide certain facts from the American people.

And Tucker Carlson lowered the boom on Joe Biden with one simple truth.

Allowing Americans to sue gun manufacturers over mass shootings would be like allowing accident victims to sue car companies when someone else hits them in a car accident.

The point is to eliminate gun manufacturers by bankrupting them through lawsuits.

While the Second Amendment may still be on the books, it is impossible to exercise because no one makes guns anymore.

On his show, Tucker Carlson explained Biden’s gun grabs have nothing to do with stopping mass shootings or saving lives.

Instead, Carlson told viewers the point was to disarm the population.

“The point of this, of course, is to disarm people who did not vote for Joe Biden and that is why, simultaneous with this, this effort to recategorize the guns in your closet as felonies, Democrats have been failing to prosecute gun crimes in our cities where most of the crime is and if you’re at all confused about whether the effort here is selective, if this is enforcement only at certain people, you’ll notice the president never mentioned the apparent federal gun felony his own son committed when he lied on a federal background form when he bought a handgun. Didn’t mention that, Justice Department has completely ignored it,” Carlson stated.

Carlson explained that Joe Biden’s push to ban so-called “high-capacity” magazines would effectively ban the most popular guns in America as they were made to hold magazines with more than 10 bullets.

“Which gun specifically? Well, for example, the Glock 19, probably the most popular handgun in the United States. The Glock 19 comes from the manufacturer with a 15-round magazine. Now, the Glock 19 is not an especially scary firearm. It’s a workman-like pistol. If you have any interest in guns at all, you probably already own one. But under this bill, the Glock 19 would be banned, illegal, a felony sitting on your bedside table and so would many other popular firearms in the United States,” Carlson stated.

Carlson also warned that the dangerous red flag confiscation laws that Texas RINO John Cornyn is currently trying to cut a deal with Democrats to pass would allow anti-gun judges to disarm and order police officers to kick in your door and seize your guns with no due process of law just because someone didn’t like what you said.

“But under the red flag laws, if someone doesn’t like the cut of your jib, you lose your constitutional rights,” Carlson added.

Gun grabbers like Joe Biden wait for tragedies to spring their anti-gun agenda because that is when emotions run high and the call to “do something” generates momentum.

But what Joe Biden is proposing is the complete disarmament of the American people.

DC Swamp Tales will keep you up to date on any new developments in this ongoing story and the rest of the breaking news in politics; please bookmark our site, consider making us your homepage and forward our content with your friends on social media and email.