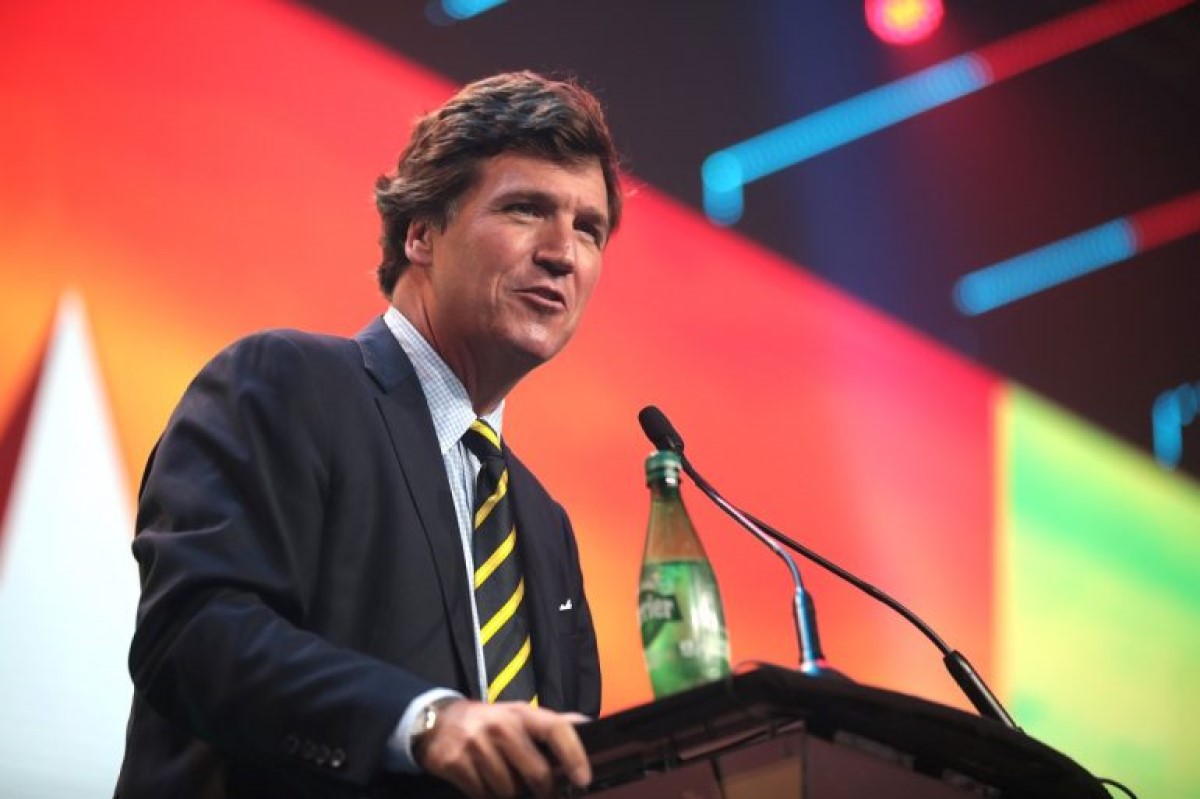 Jen Psaki is finally out as White House press secretary.

Jen Psaki is leaving the administration to host a show for MSNBC on the Peacock streaming platform.

Psaki leaving led to Joe Biden needing to decide on a successor.

Tucker Carlson broke down the Psaki departure to demonstrate the absurdity of the Biden administration’s decision-making process.

Carlson lampooned Psaki as a mediocre “Karen” who has no business holding any position of authority.

“How did somebody like Jen Psaki – someone so demonstratively talentless, a humorless gender studies major from Greenwich – how’d this person get this much authority in our government?” Carlson wondered.

The obvious question once Psaki announced her intention to leave the administration is who would replace Psaki?

Biden and his handlers immediately settled on Karine Jean-Pierre as Psaki’s successor.

“Who’s gonna replace her?” Carlson began. “Is anyone qualified? Is there another person in this country as shallow, nasty, and partisan as Jen Psaki is? Well, there is. Her name is Karine Jean-Pierre.”

Carlson ridiculed Jean-Pierre as an identity politics hire who got the job because Jean-Pierre checked the right demographic boxes as a black, homosexual female.

“Karine Jean-Pierre is our first out LGBTQ+ White House press secretary and that’s all you need to know,” Carlson stated. “It’s a good thing, shut up and celebrate. That’s why she got the job. She’s in the right group and to the Biden administration, which thinks exclusively in terms of groups and never in terms of individuals because individuals are messy and inconvenient. The group is all that matters.

“Show us your picture and we’ll tell you if you’re qualified for the job,” Carlson added.

Jean-Pierre is a controversial hire.

Not surprisingly, Jean-Pierre’s smeared anyone that questioned the Democrat Party’s narratives as a racist.

But the central talking point on the American left is the Democrats are the last line of defense between America and the “ultra MAGA” Republican Party imposing Vladimir Putin-style autocracy on the nation.

One of the pillars of this narrative is the idea that anyone who questions the results of an election committed sedition and is a dangerous insurrectionist.

That is exactly what Jean-Pierre did on multiple occasions.

By the end of her tenure Jen Psaki turned into a national punchline.

Now Karine Jean-Pierre is walking into her first day on the job as a conspiracy theorist who got the job because of her race, gender and sexual orientation.