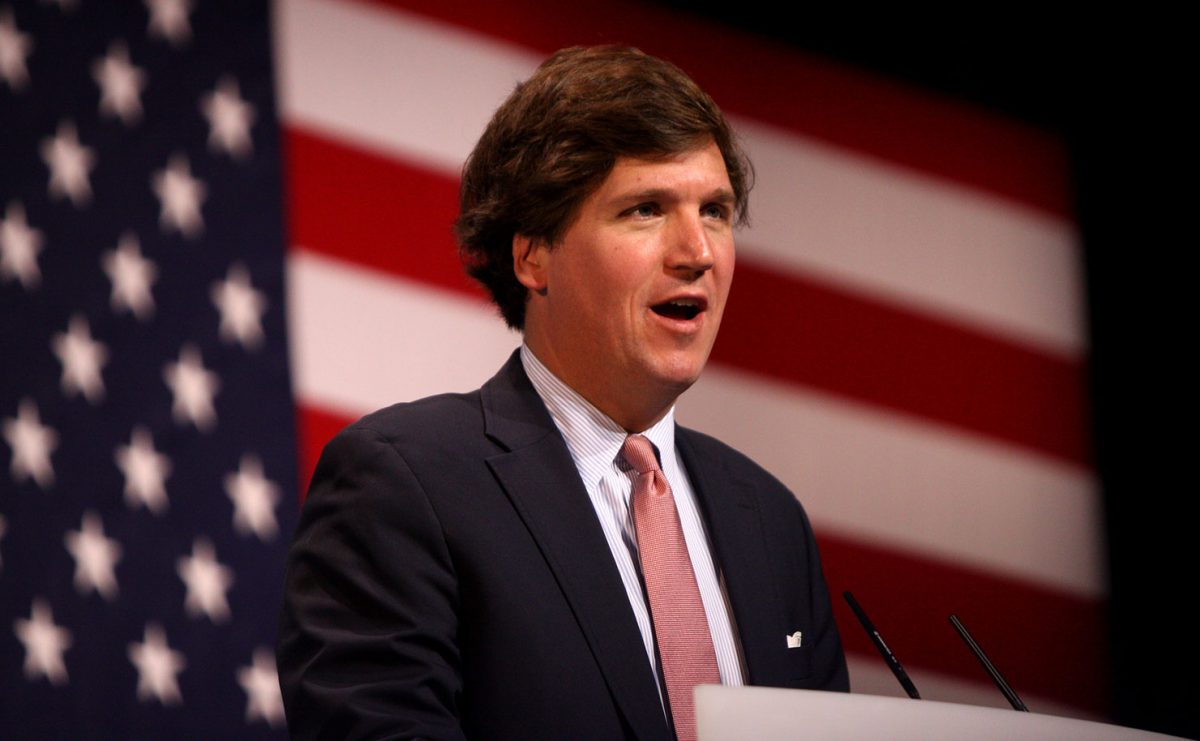 Fox News host Tucker Carlson is considered one of the President’s biggest supporters.

Now all of that is in question.

And that’s because Tucker Carlson hit Trump with this ultimatum. Here is why Trump was speechless.

Robert Mueller and Democrat prosecutors terrorized Stone and his family in a politically motivated persecution to make it seem like Mueller and his legal terrorists uncovered evidence of Russian collusion.

They did not – in fact – find any evidence of Russian collusion.

But they charged Stone with crimes that are not normally prosecuted to exact revenge on Donald Trump.

After Mueller’s goon squad handed down their sentencing recommendation, Tucker Carlson took to the airwaves to press the case that Donald Trump must pardon Roger Stone.

Carlson began his argument by noting the vindictiveness of the Stone prosecution.

“CNN has been especially ghoulish on the subject. You’ll remember that prosecutors tipped off Jeff Zucker’s network last year so they could have cameras at his place when dozens of federal agents armed with automatic weapons dragged Roger Stone from his home at dawn.”

“But at least it’s now clear what’s actually going on. This is a pure political hit. Roger Stone is facing prison because he is a high profile, Donald Trump supporter. It’s that simple,” Carlson added.

Carlson then proceeded to describe what was at stake.

“What’s happening to Roger Stone is totally wrong. It’s immoral and we should not allow it in this country. But politically, it has significance, too. Stone’s prosecution was designed in part to confirm the fantasies that Democrats have constructed to explain the outcome of the 2016 election. His conviction helps their case. In other words, if the Russia collusion story was a hoax, and of course it most certainly was a hoax, then why is Roger Stone going to prison for his role in it? If Roger Stone serves even a single day behind bars, the Russia lie will be validated as true. Stone’s imprisonment will be prima fascia evidence in the view of Democrats,” Carlson continued.

“So at this point, there is really one solution. The President must pardon Roger Stone or commute his sentence before he goes to jail. Democrats will howl if he does that. Well, they’re howling anyway. They howl every day. Chuck Schumer is now yelping about another investigation into Roger Stone. Russiagate 2. In one entirely constitutional act, the President could save Roger Stone’s life, vindicate himself, and end this nonsense forever. Let’s hope he does it. We’ll be watching,” Carlson finished up.

The Department of “Justice” trying to guarantee Roger Stone dies in prison and letting corrupt former FBI deputy director Andrew McCabe walk free in the same week shows the powerful forces embedded within the government that rig the system against Donald Trump.

Partisan and Trump hating prosecutors establish a standard that “administering justice fairly” means jailing Trump supporters and turning a blind eye to the criminals in their own ranks that scheme to overthrow the President.