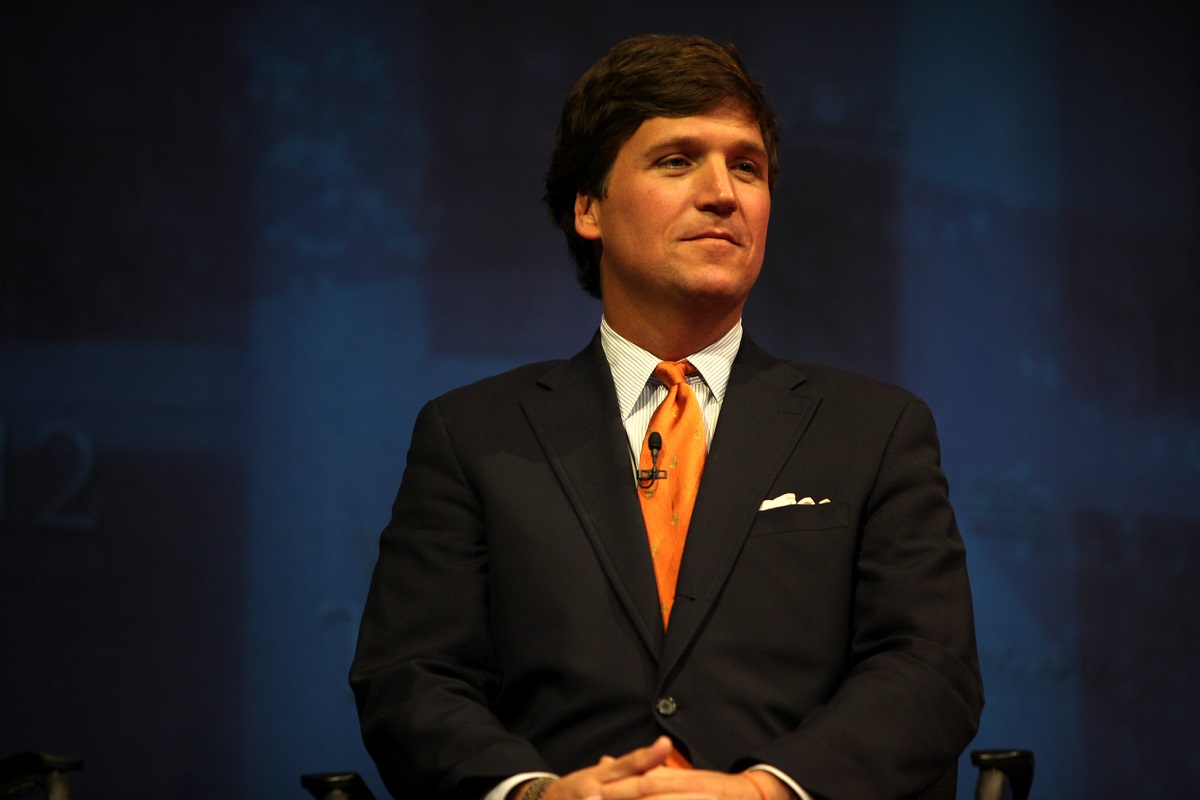 In today’s America, it is “journalists” leading the charge for censorship.

Their latest target is Tucker Carlson.

The organizing principle of the modern Democrat Party is censoring every viewpoint that contradicts the liberal narrative.

There is now a cottage industry of media reporters whose job it is to browbeat tech companies into banning and censoring anyone that spreads “disinformation.”

“Disinformation” is inevitably defined as political viewpoints that Democrats don’t like.

New York Times columnist Nicholas Kristof joined the parade of journalists against the First Amendment with a column wondering why Democrats couldn’t stage a political show trial for Fox News and hosts like Tucker Carlson and Sean Hannity in the same way Chuck Schumer and Nancy Pelosi set up a kangaroo court impeachment for Donald Trump.

“As America debates whether to hold former President Donald Trump accountable for inciting insurrection, what about his co-conspirator Fox News?” Kristof wrote.

Kristof eventually conceded that America would not turn into North Korea anytime soon and that the ruling party could not put media outlets and personalities on trial just because Democrats did not like their coverage.

“We can’t impeach Fox or put Carlson or Sean Hannity on trial in the Senate, but there are steps we can take — imperfect, inadequate ones, resting on slippery slopes — to create accountability not only for Trump but also for fellow travelers at Fox, OANN, Newsmax and so on,” Kristof added.

But Kristof was happy to report that Democrats were not helpless in the fight to silence their opposition.

“That can mean pressure on advertisers to avoid underwriting extremists (of any political bent), but the Fox News business model depends not so much on advertising as on cable subscription fees. So, a second step is to call on cable companies to drop Fox News from basic cable TV packages,” Kristof added.

Kristof also gave the President of the left-wing Media Matters, Angelo Carusone, a platform to promote his scheme to bully cable companies into dropping Fox News.

The left used to consider free speech a fundamental value.

Liberals used to consider the saying “I oppose what you say, but I will fight to the death for your right to say it” a defining commandment of the liberal political catechism.

But those days are long gone.

In 2021, America liberals realize that they run corporate America, Big Tech and the mainstream media.

And they intend to leverage that grip on power to censor political speech in America so only viewpoints that agree with the liberal narrative gain access to the public square.