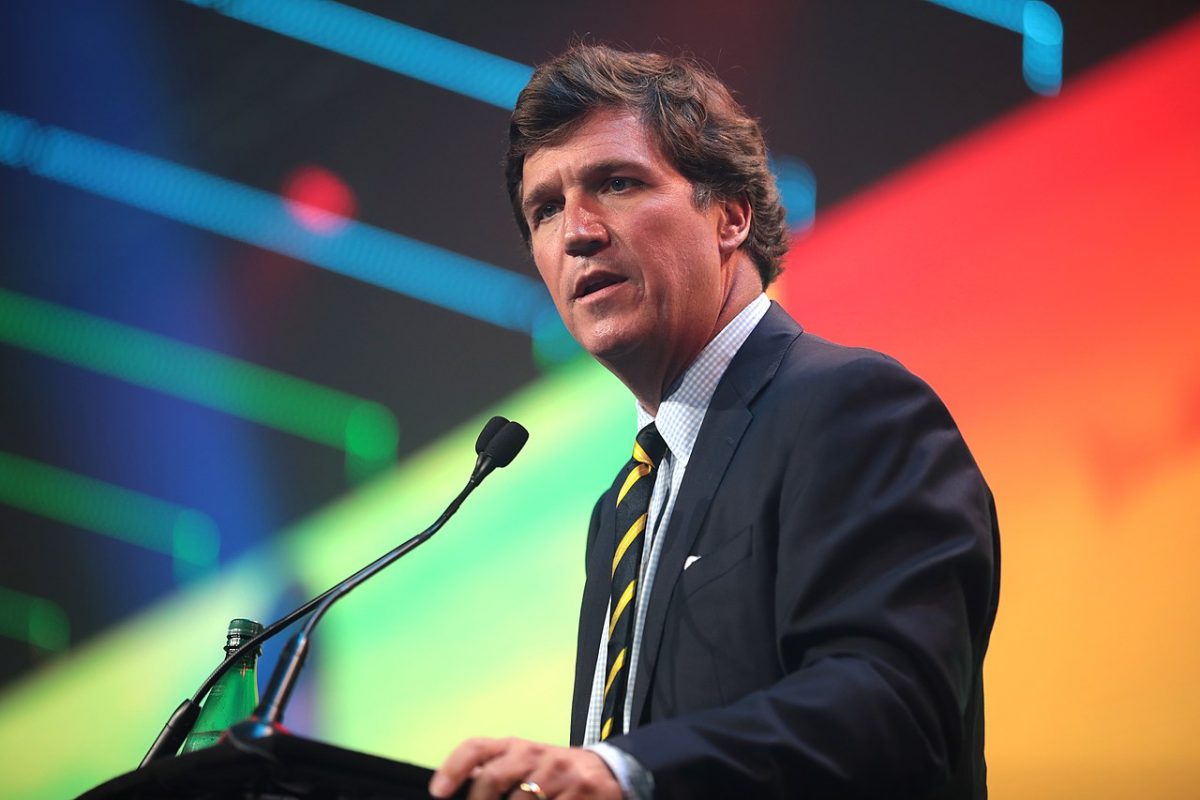 Democrats and their allies in the media see this as their moment to destroy conservative media.

That would CNN, MNSBC, NBC, ABC, and CBS would control the flow of information on television.

And Tucker Carlson may disappear from cable TV because of this phone call.

The left has agitated for years to completely censor and criminalize conservative speech.

In the wake of the riot at Capitol Hill, tech CEOs and other liberal power centers saw their opportunity and jumped in for the kill.

An email service provider canceled the ability of the President’s campaign to send emails.

The attack was not limited to the President.

Now Fox News is the target.

Tucker Carlson explained that the power brokers on the left waited for the low ebb of Donald Trump’s Presidency with his administration ending in less than two weeks and the Democrats seizing a majority in the Senate and thus control of both houses of Congress—meaning Republicans could not threaten Facebook or Twitter with subpoenas—to impose Communist Chinese-style censorship of their political opponents.

“Days after Donald Trump called for breaking up the Big Tech monopolies in order to preserve democracy, they have silenced him. Friday evening, Twitter announced that the sitting president had been banned from the platform that is his primary means of public communication. Of course, they waited until the Democratic Party took power to shut it down. Silicon Valley oligarchs are more powerful than the president of the United States, and they want you to known it,” Carlson began.

Now that the left decimated the ability of conservatives to oppose the left on social media, Carlson warned that left-wing activists at CNN were targeting Fox News and other conservative news networks by demanding cable companies drop them from their lineups.

“The assault on speech accelerates, and we at ’Tucker Carlson Tonight’ are not immune. Friday morning, CNN announced that it is working to force the Fox News Channel off the air and run this company out of business. A number of prominent Democrats, including officeholders, support that effort. CNN staffers have already contacted the six major cable carriers in this country, the companies that carry our signal into your home, and pressured them to drop Fox News,” Carlson added.

The left sees a senile Joe Biden in the White House as a rubber stamp for whatever his radical administration appointees and allies in Congress can pass.

They want to maximize their power and that means gutting the rights and liberties of their opponents.

And stage one of that plan is shutting down the ability of their opponents to communicate on social media and cable TV.