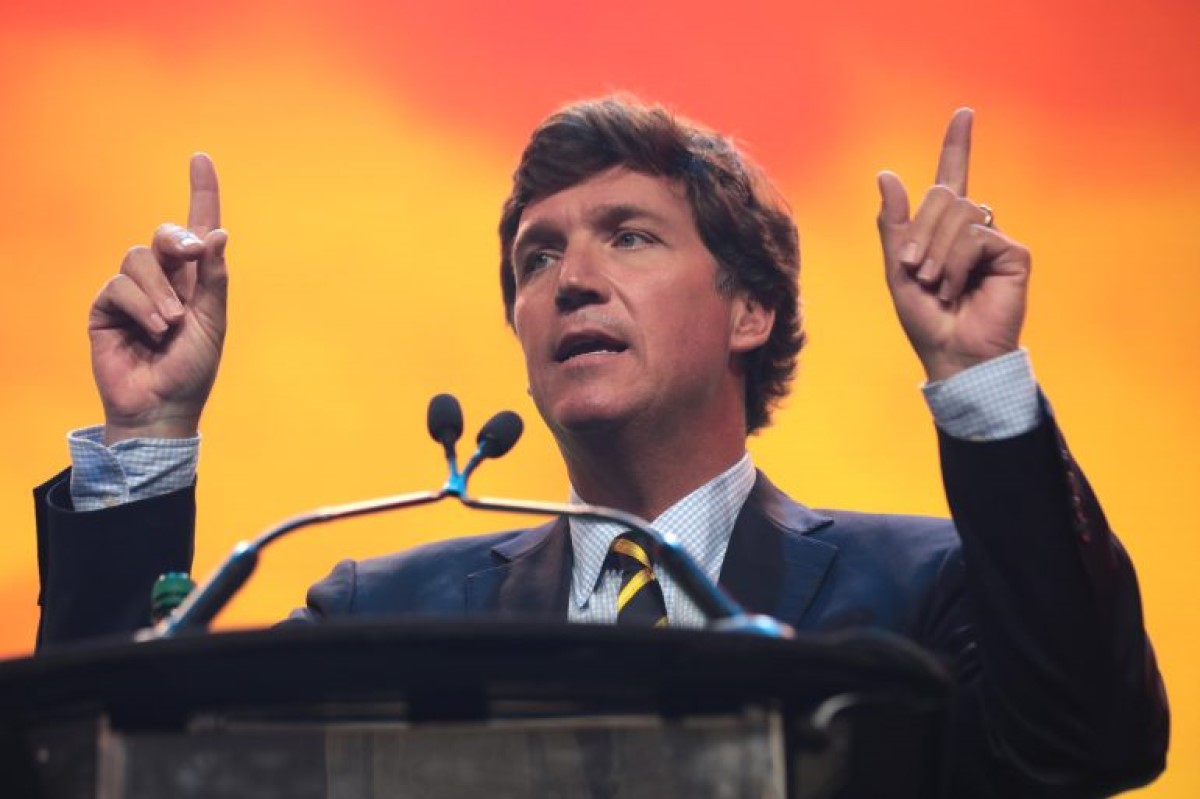 Fans are fed up with woke sports leagues and teams.

Tucker Carlson is speaking up on their behalf.

Washington Redskins defensive coordinator Jack Del Rio asked a question that was on the minds of millions of Americans.

Del Rio wanted to know why there was a primetime hearing on the events of January 6 but not the months-long Black Lives Matter insurrection during the summer of 2020 which caused two billion dollars in property damage and where insurrectionists killed dozens of innocent Americans.

“Would love to understand ‘the whole story’ about why the summer of riots, looting, burning and the destruction of personal property is never discussed but this is ???” Del Rio wrote.

The corporate media – which begs players, coaches and team executives to “speak out” on social issues – suddenly demanded Del Rio “stick to sports.”

In a press conference Del Rio defended himself explaining that it was his right as an American to speak out.

Del Rio added that government and the media gave a pass to a months-long attack on civilized society that burned down cities and destroyed lives yet what happened at the Capitol – which Del Rio called a “dust-up” was treated as a national scandal.

“I’m just expressing myself and I think we all as Americans have the right to express ourselves, especially if you’re being respectful. I’m being respectful. I just asked a simple question. Let’s get right down to it. What did I ask? A simple question — why are we not looking into those things if we’re going to talk about it. Why are we not looking into those things? Because it’s kind of hard for me to say, I can realistically look at it, I see the images on TV, people’s livelihoods are being destroyed. Businesses are being burned down. No problem. And then we have a dust-up at the Capitol, where nothing burned down. And we’re going to make that a major deal,” Del Rio stated.

The Redskins’ left-wing coach Ron Rivera – who was a loud champion of forcing his players to take the ineffective COVID vaccine – fined Del Rio $100,000 for his comments.

On his show that night Carlson slammed Rivera as a “fascist moron” for firing Del Rio.

“Oh, he thought he had a right to respectfully express himself in the land of the free,” Carlson stated. “But it turns out, no. Just hours ago the coach of the Washington Commanders, a fascist moron called Ron Rivera, announced that Jack Del Rio has no right to talk and he’s being fined $100,000 for doing it.”

Rivera chastised Del Rio for claiming the events of January 6 – where the only person that died that day was an unarmed female Trump supporter gunned down by a police officer with a history of reckless behavior – was in no way like the rioters, arsonists, and criminals that torched businesses and pillaged cities.

“I want to make it clear that our organization will not tolerate any equivalency between those who demanded justice in the wake of George Floyd’s murder and the actions of those on January 6 who sought to topple our government,” Rivera stated.

“If you can think of a line more filled with cant dishonesty and propaganda than that, send us text and tell us what it is because we can’t. That’s just flat-out Maoist,” Carlson concluded.