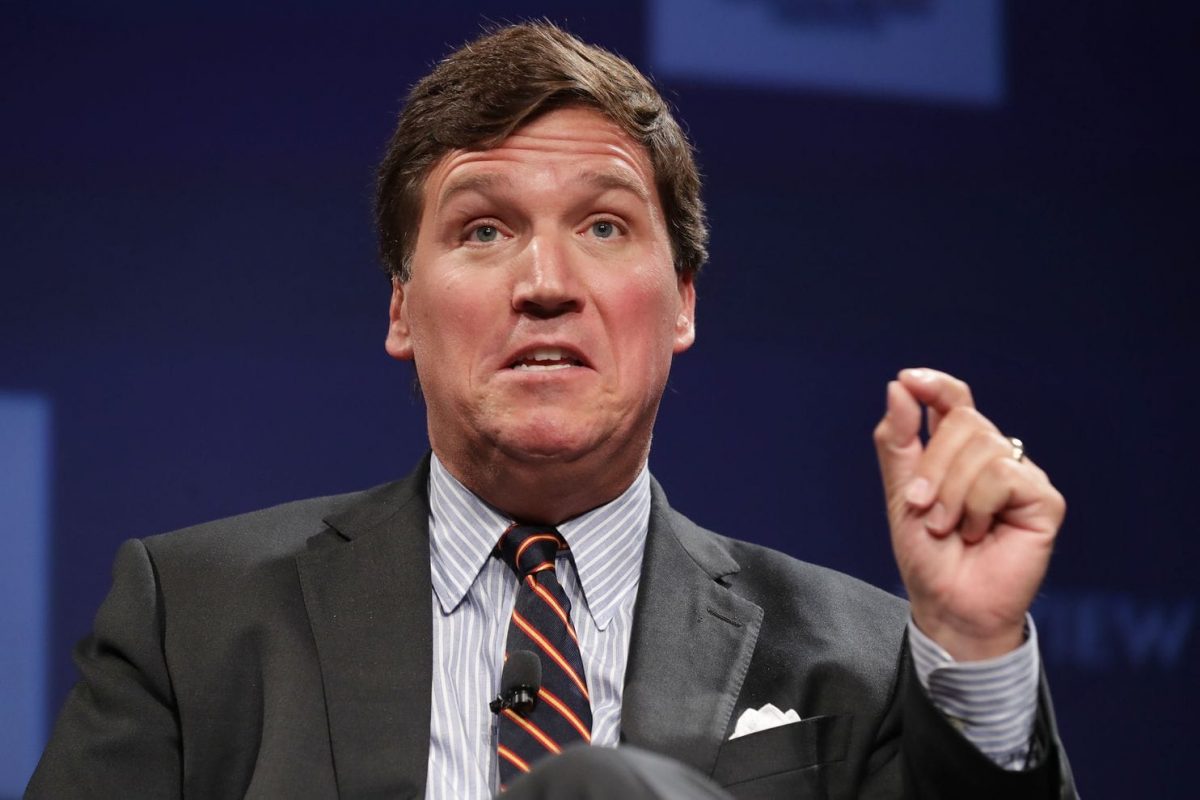 Tucker Carlson is one of the most popular and highly rated hosts on all of cable news.

But Tucker Carlson was blindsided by this push to fire him from Fox News.

Tucker Carlson just completed the month of November bringing in the biggest ratings of his career.

Part of the success of Carlson’s show is it’s not all Donald Trump all the time.

Carlson covers the underlying societal currents that whipped up the public anger against the Washington establishment that led to voters turning to an outsider like Donald Trump to kick over ruling classes’ chairs.

Among the topics, Carlson focuses on is the elite’s disloyalty to America and its people by supporting open borders and mass migration.

Elaina Plott of The Atlantic interviewed Carlson for a favorite type of “think piece” in corporate journalism.

Carlson was formerly a member of the Washington establishment in good standing, but now so-called “journalists” turn their noses up at Carlson because Carlson claimed that new evidence caused him to change his views on issues such as trade, foreign policy, and immigration.

That’s led to a raft of pieces in a variety of outlets trying to figure out “what Carlson really believes.”

In talking with Plott, Carlson explained that his life experiences – such as watching immigrants pollute the Potomac River – led him to question the assumptions of the establishment that led so many allegedly “smart” people to support open borders and mass migration.

When I asked him how one could square segments such as the one I’d just watched with his comments last year, for example, that immigrants make America “dirtier,” he looked appalled that I might wonder whether one take was more sincere than the other. “I hate litter,” he said. For 35 years now, he said, he has fished in the Potomac River, and “it has gotten dirtier and dirtier and dirtier and dirtier. I go down there and that litter is left almost exclusively by immigrants, who I’m sure are good people, but nobody in our country—”

This led to calls on the left for Fox News to fire Carlson.

Liberals can’t debate Carlson or his ideas so they want to silence him.

The left’s new preferred method of muzzling conservatives is through corporate censorship.

Democrats know corporations don’t want any association with controversy so they organize fake boycotts – liberal activists only claim they will stop buying a company’s products – unless they stop advertising with a conservative media outlet.

And liberal jackboots will seize on Carlson’s latest comments to try and force Fox to fire him or lose advertising revenue.