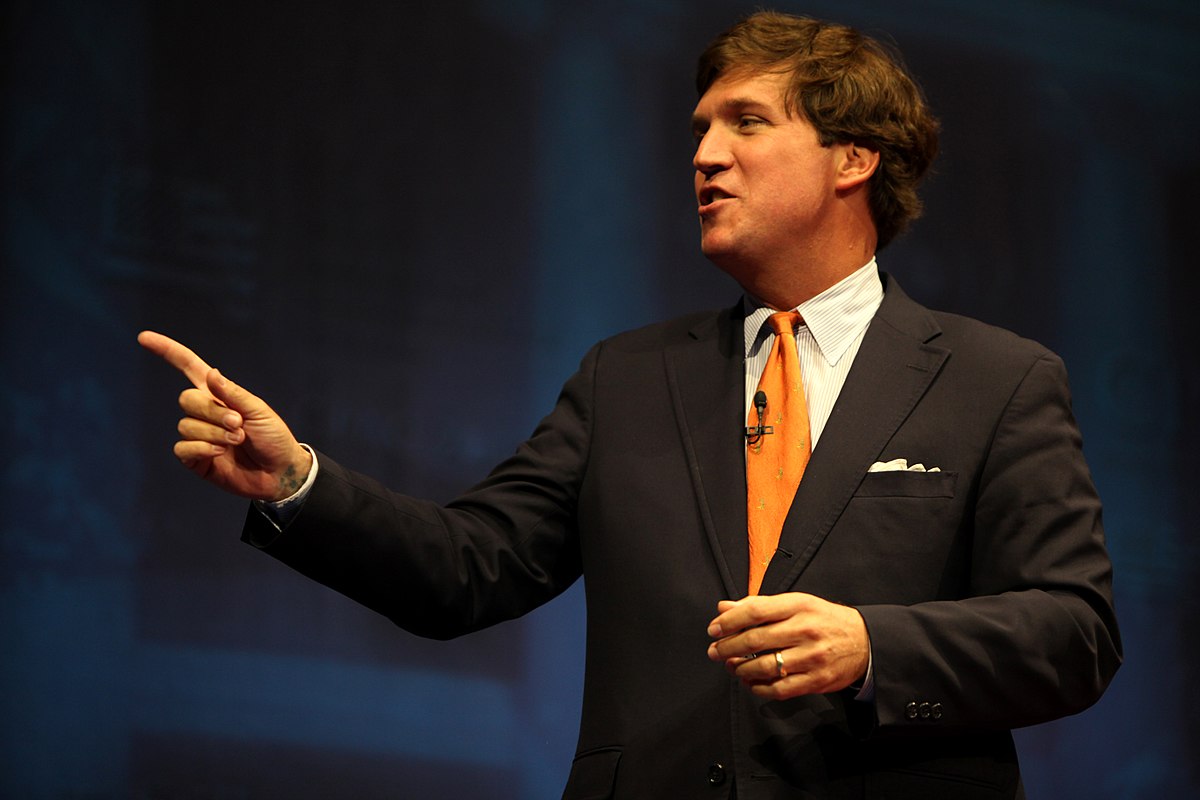 Alexandria Ocasio-Cortez is one of the biggest stars in the Democrat Party.

But Ocasio-Cortez is in for a rude awakening.

And that’s because Tucker Carlson said two words that are bad news for Alexandria Ocasio-Cortez.

While the mainstream media works overtime to paint President Donald Trump and his Republican allies as the worst people on the planet, they look at Ocasio-Cortez and her pals as progressive heroes who should be revered.

No matter what she does, the media is more than willing to give her positive coverage.

To the contrary, even when Trump does something great like oversee the raid that killed the leader of ISIS, they find some way to criticize him.

But Tucker Carlson isn’t like the rest of the media, and he is more than willing to cover everybody fairly, even if that means occasionally dinging Trump, and even sometimes giving Democrats credit.

That’s what he did on a recent segment relating to freshman Rep. Alexandria Ocasio-Cortez.

After giving her credit for being a fighter, and refusing to back down in her fights against House Speaker Nancy Pelosi among other things, he turns to state that she is an “unapologetic bigot.”

“It’s terrifying to think that someone who spews open racism has become a role model for our young people, but that is exactly what has happened and has been happening since Ocasio-Cortez arrived on the public stage,” Carlson said.

Carlson points out that during her now-famous Congressional run against Rep. Joe Crowley, she attacked him over the fact that he is white, forcing Crowley to even apologize for his race, stating that, “I can’t help that I was born white.”

When Crowley went after her for making the campaign about race, Ocasio-Cortez agreed, stating that “it is about race.”

If a candidate who was white did the same thing against a candidate of any other race, the media would slaughter them and force them to step down, rightfully so.

Carlson points out that because the media didn’t criticize her for her racism during the campaign, it grew once she was elected, “like a virus gone untreated.”

He points out that recently she blamed climate change on white people during Congressional testimony.

“[T]he people that are producing climate change, the folks that are responsible for the largest amount of emissions, or communities, or corporations, they tend to be predominantly white, correct?” she asked the vice president of a left-wing climate group, who naturally agreed.

“For all the hysteria you hear about how the president is a racist, Donald Trump has never said anything close to that,” Carlson then claimed. “Nothing close to as bigoted and vicious as that. The people wrecking the world are all of one race? Who talks like that?”

On top of all of this, Ocasio-Cortez is choosing to align herself with the most anti-Semitic voices in Congress, including Ilhan Omar and Rashida Tlaib, who are members of her “squad.”

Both Tlaib and Omar ended up getting banned from Israel for their bigotry.

Do you think that Alexandria Ocasio-Cortez should resign?