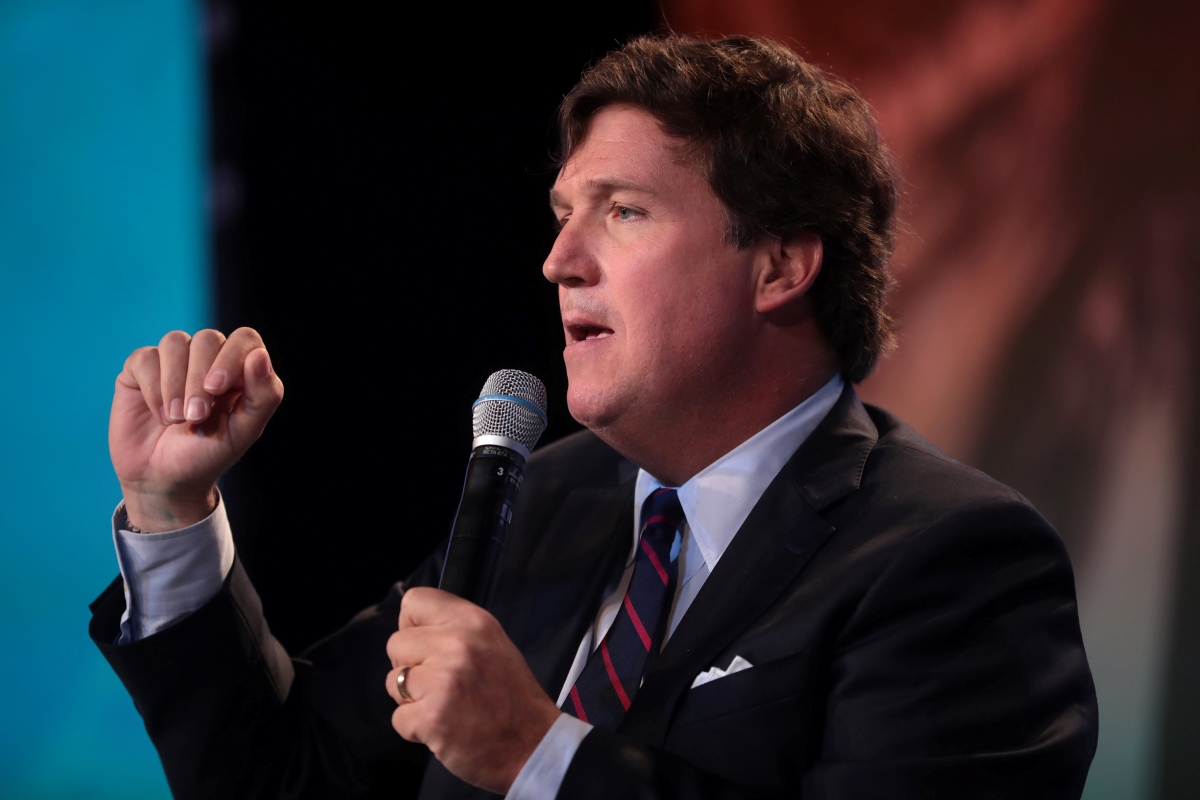 Tucker Carlson is one of the strongest supporters of Donald Trump’s agenda.

And Tucker Carlson made one admission about Donald Trump that no one could believe.

There are few prominent voices challenging the corporate media’s lies about how January 6 amounted to a white supremacist insurrection.

Tucker Carlson is the loudest voice dismissing the media’s politically motivated narrative about the melee at the Capitol.

There was a riot that day and acts of violence, but there was no effort to stage an “insurrection” or overthrow the United States government.

That’s why prosecutors haven’t charged anyone with sedition or under the Insurrection Act.

Carlson’s questioned the role of FBI informants in the crowd that day in terms of inciting or carrying out the violence.

This reporting brought significant truths to light that the media does not want the American people knowing about.

Carlson interviewed American Greatness’s Julie Kelly – who is also one of the few reporters shining a light on how the Biden administration held January 6 protestors in what amounted to a gulag and mistreated them by denying them basic rights.

In the interview, Carlson took a surprising turn when he asked Kelly if Trump had raised any money for the January 6 defendants since they were at the Capitol that day protesting the fact that they believe the 2020 election was stolen from Trump.

Carlson expressed annoyance that Trump associates got rich off the 2020 campaign and raised money to challenge the 2020 election, but never sent any of the money to help Trump supporters jailed by the Biden administration.

“People are going to be offended that I ask this, but I can’t control myself. What about the president on whose behalf they were gathered that day? Has anybody sent them money? The people around him, Brad Parscale, all these people are getting rich, right? Complaining that the last election was rigged, which it clearly was, obviously. And they’re making all this money and all these people are sending all this money down to Florida. But is any of that money going to defend these people who went to this rally on behalf of that candidate?” Carlson stated.

Kelly responded that she heard nothing about any money sent to help the January protestors jailed by Biden, but Kelly did note that Trump did ask for justice for Ashli Babbitt – the unarmed female Air Force veteran shot dead by a Capitol Hill police officer.

“Not that I know of. And I will say no. No. And it’s a question that I have been asking myself and a lot of them have been asking too. A lot of them were there to support Trump. They were there to protest the election being taken from him unlawfully. But aside, really, from a few comments about political prisoners — he has said a few things about Ashli Babbitt — to my knowledge… no, there has not been any financial aid coming from anyone of a prominent position to help these people,” Kelly responded.

Carlson exclaimed that it was appalling that none of the people in Trump’s orbit that raked in millions off the 2020 election or fundraise off the questions surrounding the 2020 election sent any money to help the January 6 protestors held in what Carlson calls a gulag.