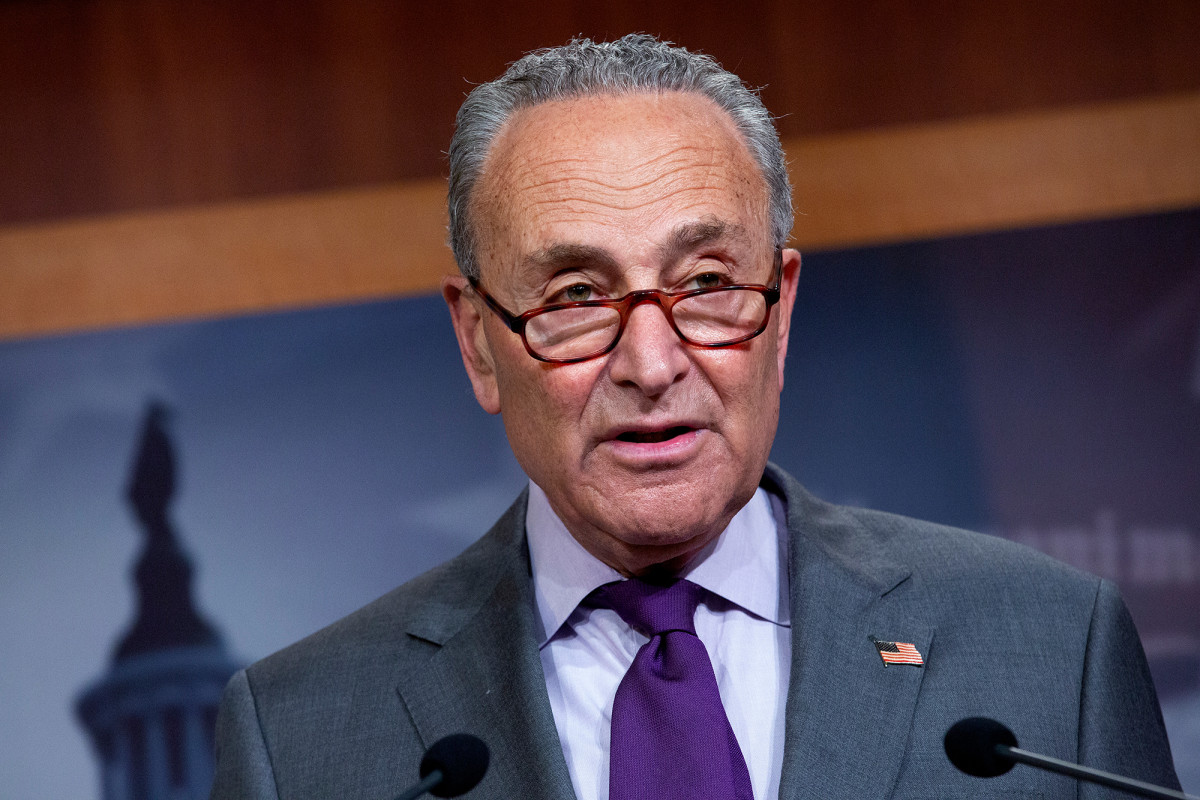 Democrats and the fake news media like to claim that Nancy Pelosi is a master negotiator.

But once again Donald Trump ran rings around her.

And Trump hit Pelosi with an embarrassing defeat with just one sentence.

A couple of weeks ago, Schumer and Pelosi outright rejected the first COVID-19 relief plan proposed by the White House and Senate Republicans, saying it “falls very short.”

The proposal would cost about 1 trillion dollars which would go towards another round of stimulus checks, unemployment, and coronavirus testing.

Cristina Marcos, writer for The Hill, reported on the specifics of the bill:

“It’s expected to include a second round of stimulus checks for individuals making up to $75,000 annually, as well as replace the $600 weekly boost to unemployment insurance with a roughly 70 percent match of a worker’s wages before they were laid off. It is also expected to include $105 billion for schools to help them reopen and $16 billion in funds for coronavirus testing efforts.”

But this was not good enough for Schumer and Pelosi.

They rejected it so fast, reporters speculated that they did not even read it.

This caused it to go for another round of edits, further delaying critical aid to the American people.

By rejecting the President’s and the Republicans’ ideas, they believed they could gain the upper hand on them.

They could shape the bill however they wanted, believing that the President would not want to refuse aid to the people any longer.

After rejecting the White House’s ideas so fast it gave people whiplash, Schumer and Pelosi, along with the House Democrats, passed their version of the bill.

To put that in perspective, the entire Federal budget for 2020 is expected to be 4.79 trillion dollars.

In one bill, the Democrats are asking to spend almost 60% of the entire Federal budget.

Additionally, the bill would now offer relief specifically to the areas the Democrats deemed worthy.

“The Democrats figured the President’s negotiating hand was weak so they came to the negotiating table with a $3 trillion dollar liberal wishlist of giveaways for their constituents.

House Whip Jim Clyburn said the COVID crisis was “a tremendous opportunity to restructure things to fit our vision.”

Some points of their “vision” have only negative consequences for the future of America.

For example: you do not need an ID to receive a ballot, they legalized ballot harvesting, and providing financial services to cannabis businesses.

These points all serve to help them in the upcoming election while doing very little to offer aid to the people.

The Democrats played their hand with the belief they would win over the President.

However, that is not what happened.

Through a series of executive orders, Trump circumvented their plans, revealing their scheme to be nothing but a power grab.

“Now the Democrats look recalcitrant and political while Americans are hurting economically due to COVID.”

Upon realizing their mistake, Schumer and Pelosi are now calling for talks with the President to renegotiate the bill in an attempt to save face.

Time will tell what stunt they try to pull next.