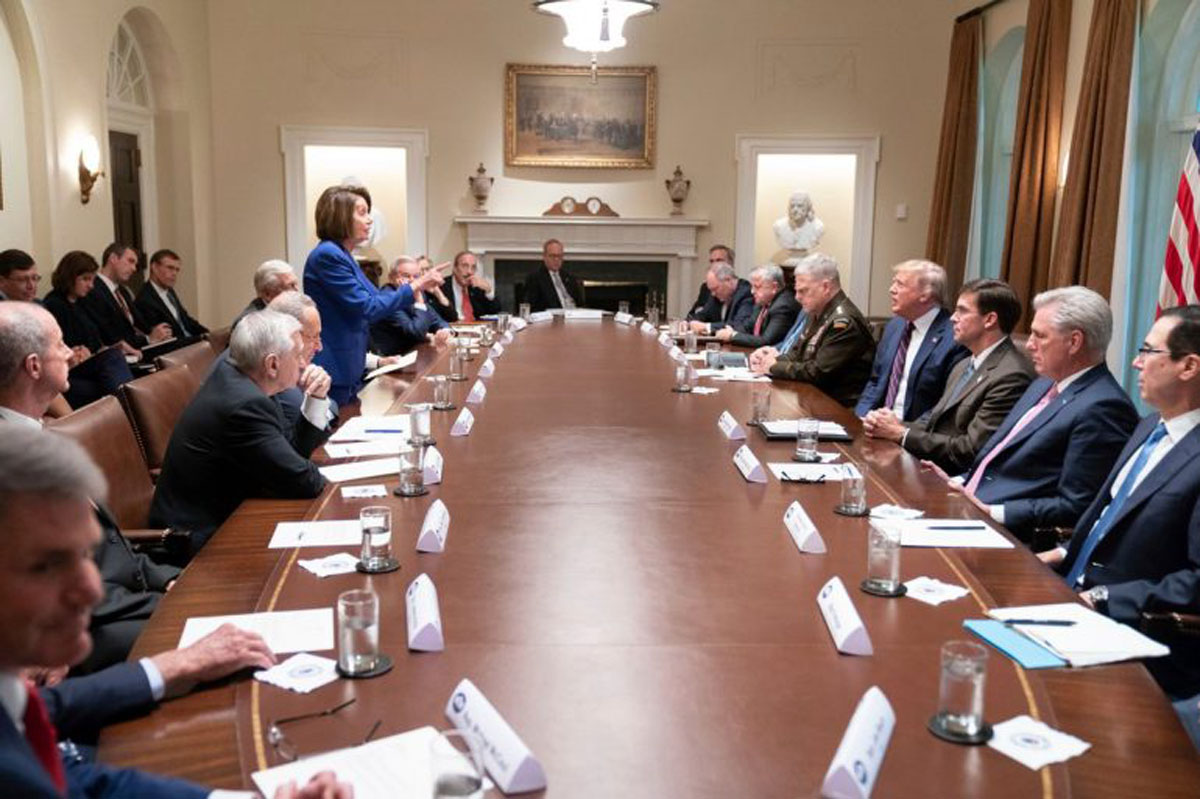 Nancy Pelosi is throwing everything she has into making sure the coronavirus outbreak destroys Donald Trump’s Presidency.

But this sabotage campaign blew up in her face.

And Donald Trump hit Nancy Pelosi with one defeat that left Pelosi boiling with rage.

She has made herself the sworn enemy of the President, from leading impeachment efforts against him to publicly mocking him on live television.

And now, Nancy Pelosi just heard one fact that destroyed her.

America is in the middle of a crisis like our generation has not seen before.

A viral pandemic is sweeping the globe, leaving death and sickness in its path.

President Trump has done all in his power to help stop the spread of this virus, caused by a new strain of coronavirus, COVID-19.

He has worked tirelessly with the CDC, the WHO, and other top health leaders to prevent the spread of this virus. He has brought industry leaders together to manufacture badly needed supplies that our country has already run out of.

The people of this country see what the President is doing for them, and they are grateful.

And the polls reflect just that.

According to The Daily Caller:

President Trump’s job approval numbers are surging to the best figures of his 3.5 year-old presidency.

According to the RealClearPolitics poll of polls, Trump’s approval rating sits at a very healthy 47 percent, beating his previous record of 46 percent by a full point.

President Trump’s approval has surged because of his strong leadership in the face of this terrifying virus.

And Pelosi is not happy.

In just a little over a week, Trump’s numbers have improved by a net 6.5 points.

This, of course, is due to the president’s handling of the medical and financial crisis caused by the coronavirus pandemic. On that specific front, the most recent polling shows that either a plurality or an outright majority approve of the job he’s doing handling this crisis. A recent Gallup poll showed a 60 percent approval rating.

President Trump will continue to do whatever is in his power to put an end to the damage this virus is causing.

He will not rest until a cure is found, and has been hard at work with health officials trying to find a vaccine.

And the American people will see that strong leadership and elect him for a second term, thus further loosening Pelosi’s grip on the country.