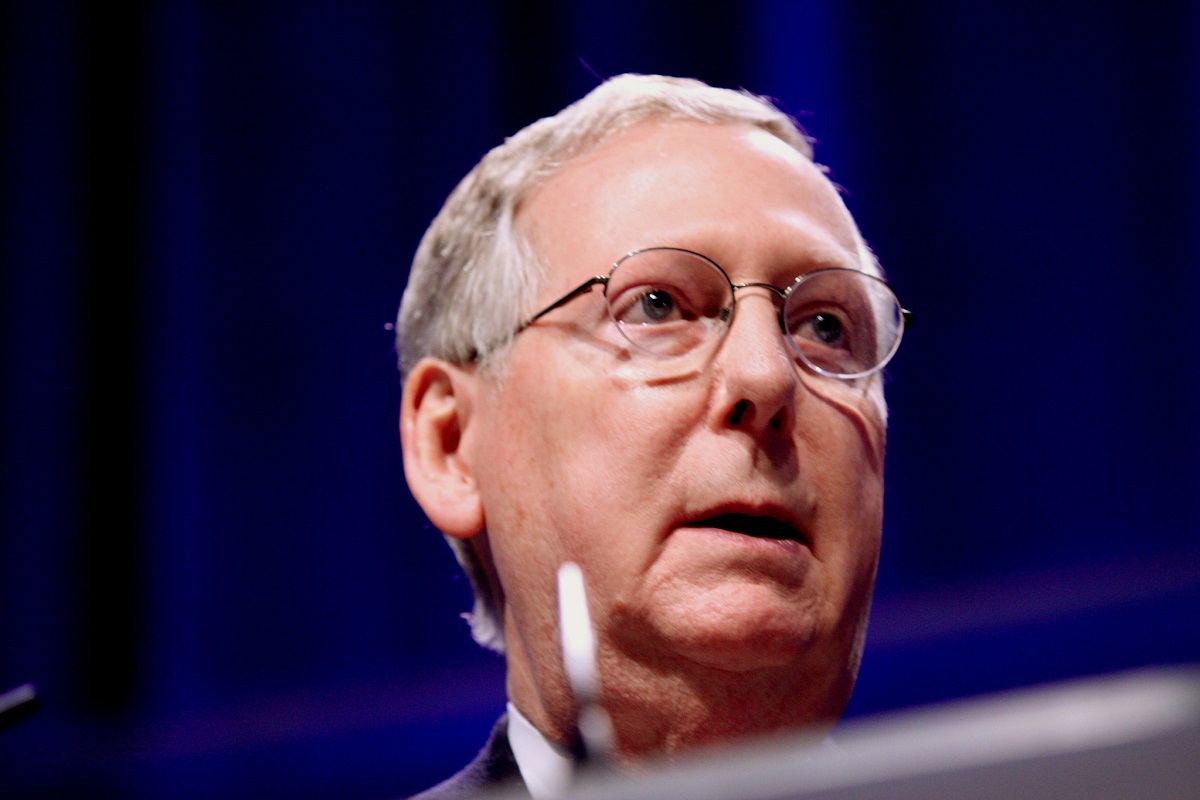 But now McConnell is showing his true colors.

And Trump was red with rage when he saw how Mitch McConnell just stabbed him in the back.

One of the fake news media’s missions was to drive a wedge between Republicans and their voters by pressuring elected Republicans to concede the election and call Donald Trump a liar for alleging massive voter fraud which affected the outcome of the race.

The Democrat Party activists in the media hoped that it would enrage rank-and-file Republicans and depress turnout ahead of the January 5 Senate runoff elections and hand control of the upper chamber to Democrats.

Senate Majority Leader Mitch McConnell fell for this trap the day after the Electoral College cast its ballots.

“The Electoral College has spoken,” McConnell said in a speech on the Senate floor the following day.

McConnell went on to concede the election to Joe Biden and praise Biden and Kamala Harris.

McConnell tried to throw a bone to Trump supporters by claiming he wanted to finish out strong before the January 20 handoff.

“I look forward to finishing out the next 36 days strong with President Trump,” McConnell stated.

Trump supporters were livid that McConnell threw in the towel while President Trump was still contesting the results of the election and polls showed over 70 percent of Republican voters believe the election was rigged.

Talk show host Mark Levin ripped McConnell for not waiting until the Senate voted on certifying the Electoral College results and a Republican senator could object and force a vote.

“I think we should all thank McConnell for his excellent help in challenging the lawless acts of the Biden campaign and Democrats in the key battleground states.  Wait, he was AWOL?  Oh, well then, thanks for nothing, Mitch,” Levin began.

Levin also pointed out that Donald Trump carried the congressional Republicans to victories this November and the party owed it to the President to stand by him.

“Trump helped you secure your seat, as he did so many Senate and House seats, and you couldn’t even wait until January 6th.  You’ve been the GOP ‘leader’ in the Senate for far too long.  It’s time for some fresh thinking and new blood,” Levin added.