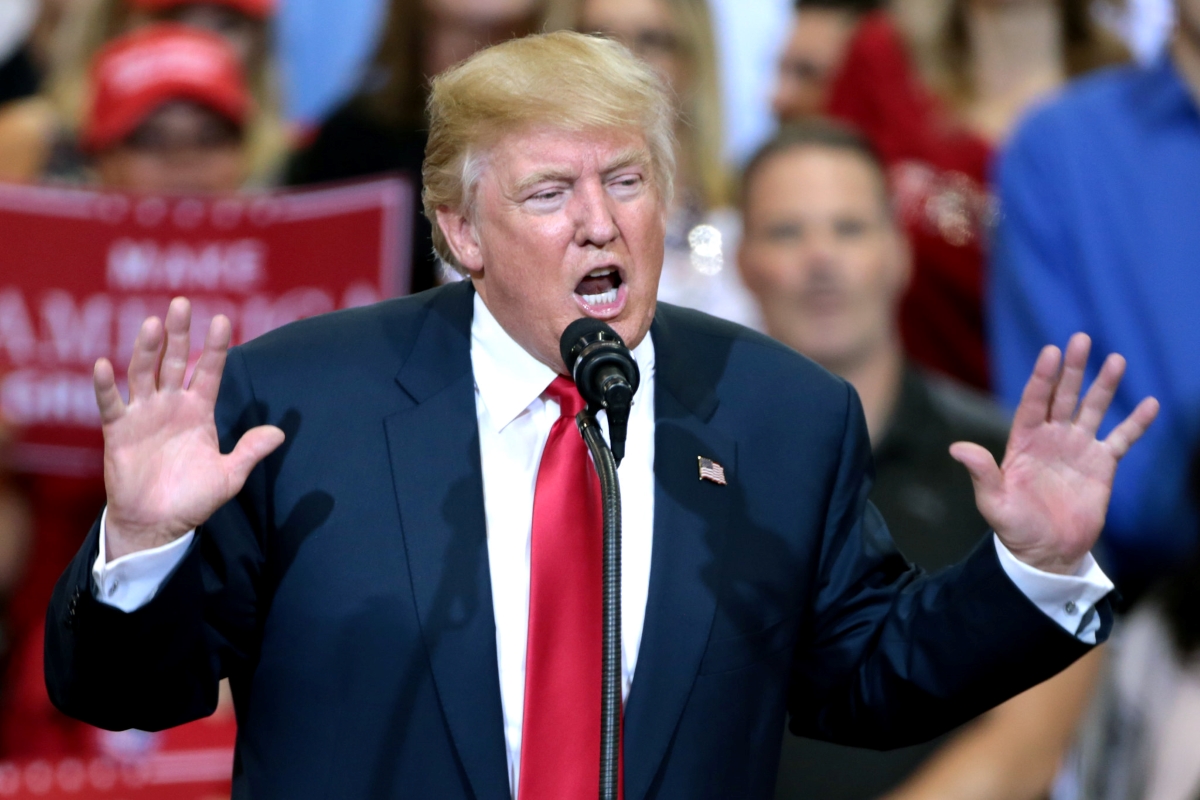 Democrats have been dragging this election through the slow voter counts giving Biden time to figure out a way to win the 2020 Election.

And all hell is breaking loose during the post-election that no American thought they would ever witness.

And now Trump has shocked the GOP with this ultimatum about voter fraud.

The vote counts in multiple states dragged on to their second day as conservatives warned about examples of voting irregularities, fraud and suspicious vote dumps.

But for the most part, elected Republicans in Washington and in states around the country sat in silence – or worse – while Democrats engineered a win in the 2020 election.

The President’s son posted on social media that any Republican thinking of running for President in 2024 better speak up now or risk losing support with rank and file Republican primary voters.

“The total lack of action from virtually all of the ‘2024 GOP hopefuls’ is pretty amazing. They have a perfect platform to show that they’re willing & able to fight but they will cower to the media mob instead. Don’t worry @realDonaldTrump will fight & they can watch as usual!” TrumpJr. declared.

Trump Jr. did note that Florida Governor Ron DeSantis and Missouri Senator Josh Hawley had already spoken out against what they saw as efforts by Democrats to corrupt the vote counting process.

Establishment-aligned Republicans that are considering a White House bid know that Donald Trump Jr. speaks for the conservative base and quickly fell in line with half-hearted attempts to look like they supported the President even though deep down they did not.

“We all owe @realDonaldTrump for his leadership of conservative victories for Senate, House, & state legislatures. He and the American people deserve transparency & fairness as the votes are counted. The law must be followed. We have to keep the faith that the truth will prevail,” Haley wrote.

Other RINOs are looking to run for President in 2024.

Anti-Trump Maryland Governor Larry Hogan – who did not vote for Trump and supports amnesty and taking people’s guns away – criticized the President’s election night remarks.

“I thought it was outrageous and uncalled for and a terrible mistake. I have often said, while we may have disagreements here and there, I said sometimes the president can be his own worst enemy. I think that was another example of it early this morning with the lashing out,” Hogan roared.

One thing is clear – any Republican that wants a future at the national level – should stand up to the Democrats’ skullduggery in endlessly extending the period to count mail-in ballots to deliver the vote margin Joe Biden needs to swipe the Presidency.