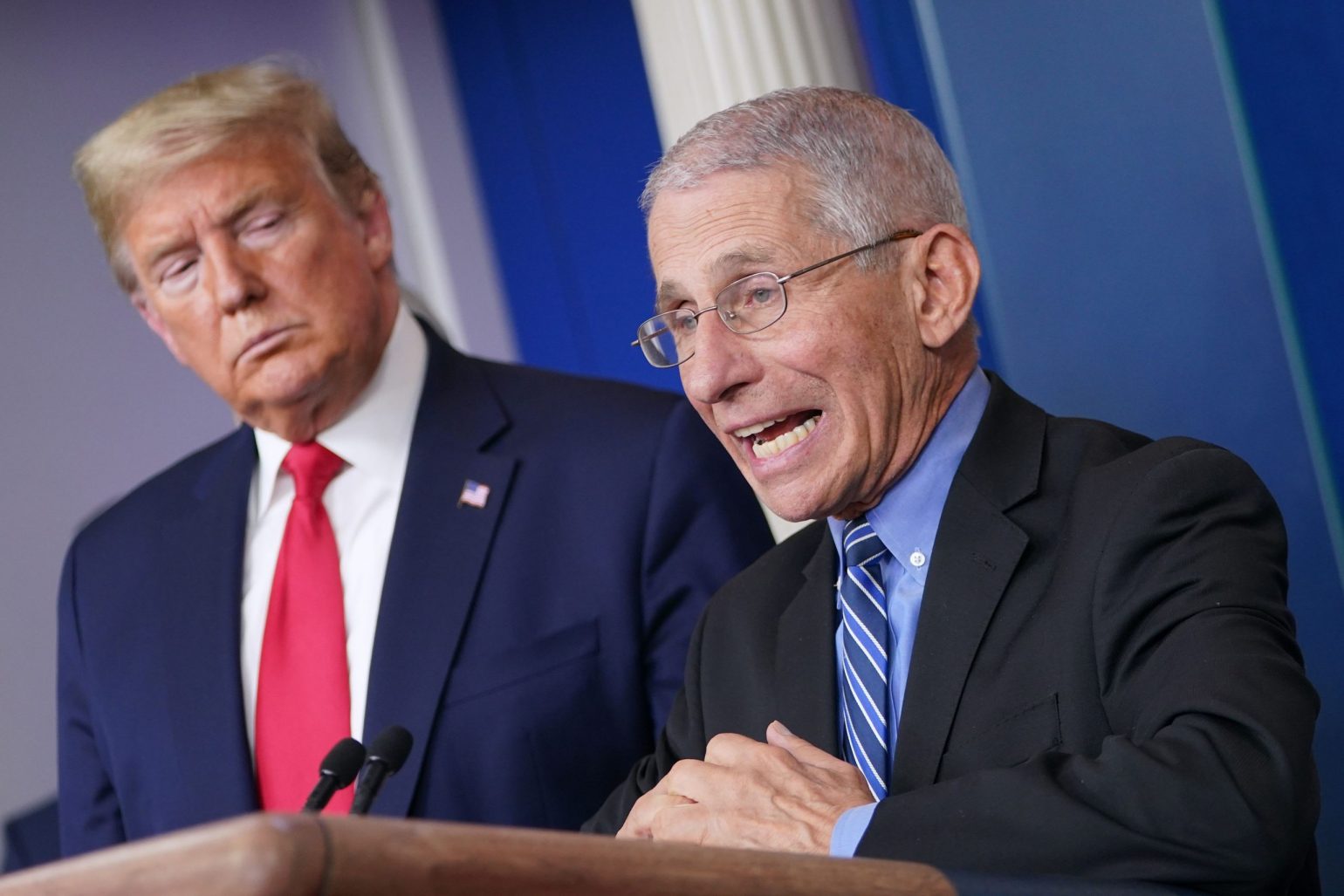 Dr. Fauci is trying to keep his opposition to President Trump under wraps. But now all hell is breaking loose. And Donald Trump will fire Dr. Fauci after he sees this jaw-dropping video.

As head of the National Institute of Allergies and Infectious Diseases Dr. Fauci played a key role in shaping the national response to the coronavirus. Dr. Fauci was one of the leading proponents of shutting down the economy to minimize in person interactions that spread the infection. Now that America is past the peak of the coronavirus outbreak President Trump wants to open up the economy and reverse the devastation the shutdown inflicted. But beginning with President Trump’s initial goal of reopening by Easter, Dr. Fauci has tried to pump the breaks on ending the economically crippling lockdowns. Recently states like Georgia, Colorado, Tennessee and South Carolina opened up their economies and sent desperate citizens back to work in accordance with the administration’s new reopening guidelines. In a webcast hosted by the National Academy of Science, Dr. Fauci criticized this decision and claimed America did not yet have enough testing in place to send citizens back to work. “We probably should get up to twice that as we get into the next several weeks, and I think we will,” Dr. Fauci claimed.  “Testing is an important part of what we’re doing, but it is not the only part.” “You need enough tests so when you’re doing what we’re trying to do right now, which is trying to ease our way back, that you can very easily identify, test, contact trace and get those who are infected out of society so they don’t infect others,” Dr. Fauci added. But during an April 18 White House coronavirus taskforce briefing Dr. Fauci stated the exact opposite declaring that every state in the nation has enough testing capacity to begin reopening the economy. “I didn’t want to go on too long, but let me just finish by saying, given what I’ve just said and what I believe what you’re going to hear, that, for what we need in the first phase — if these things are done correctly, what I believe they can — we will have and there will be enough tests to allow us to take this country safely through phase one,” Dr. Fauci stated. Americans began to wonder what kind of bait and switch game Dr. Fauci was playing behind the scenes. 26 million Americans lost their jobs during this shutdown. If businesses stay closed much longer many will never reopen their doors. Dr. Fauci claims to want to reopen the economy and move to get life back to normal as quickly as possible. But at every turn Dr. Fauci moves the goal posts – even it means contradicting positions he took just two weeks ago – to extend the disastrous lockdown until a vaccine is available even if it means the end of the American economy. Conservative Revival will keep you up to date on any new developments in this ongoing story.
Tags
Conservative Revival Coronavirus Donald Trump Dr. Anthony Fauci
0
0 Shares
Share 0
Tweet
Share
native advertising
Democrat Plots