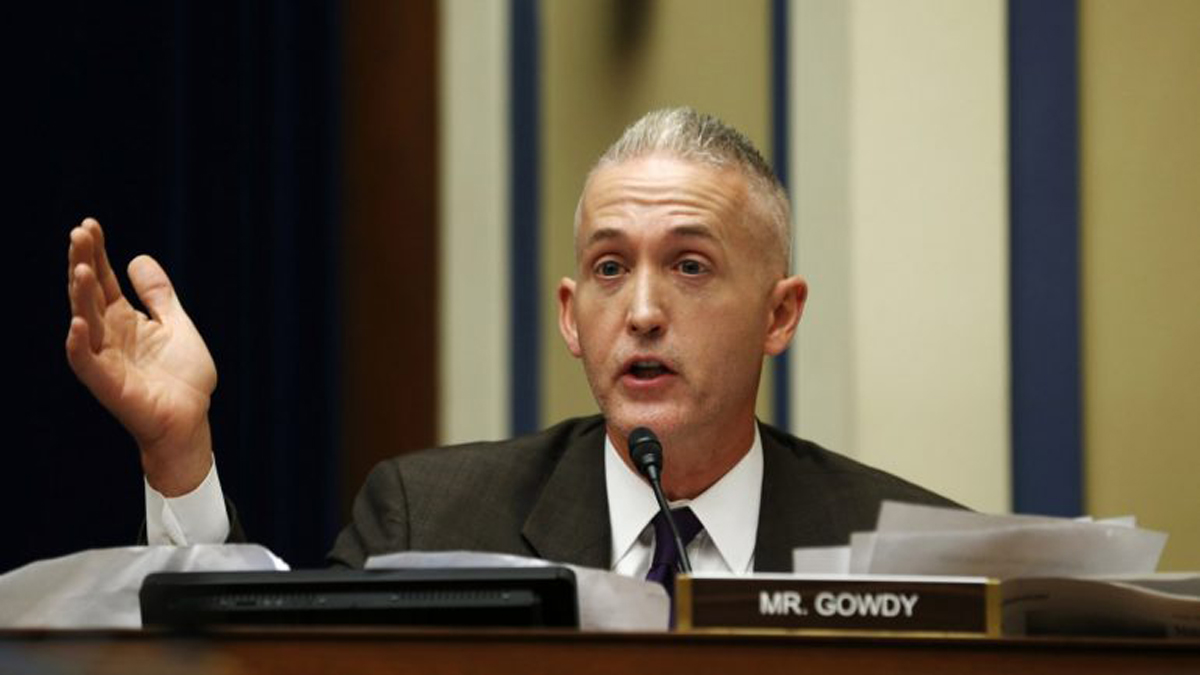 Joe Biden’s first week in office was filled with missteps and fumbles.

But many Americans were still focused on Donald Trump and the GOP.

And Trey Gowdy had one response to a Biden administration that no one expected.

The House and Senate eventually reconvened to certify the Electoral College results.

Shortly thereafter, President Trump released a statement declaring that his avenues to challenge the results of the 2020 election were over and that he would focus on a peaceful transition of power.

The next day Trey Gowdy appeared on Fox News to discuss the current state of the Republican Party and how the GOP moves forward.

Former Congressman Gowdy said that if the GOP wanted to regain power it needed a coherent agenda.

“Part of politics is telling voters how bad the other side is, but that’s about all I hear now. I think voters want to hear [about] what do you believe, why do we believe it, and then engage in that very difficult task of persuading people that our ideas are better … But at a certain point, you may win … You may be given the right to govern,” Gowdy began.

Gowdy cited a bunch of establishment Republicans like Nikki Haley, Tim Scott and Tom Cotton as examples the Republican Party should follow.

Many Trump supporters disagreed that these politicians in the John McCain or Mitt Romney mold represented the future of the party.

“That’s my challenge for the party, is, if you wanted to stump me with a question, ask me what the modern Republican Party believes, with consistency, cycle after cycle, and then ask me who those defining voices are,” Gowdy added.  “You just heard one, [Sen.] Tommy Cotton, [a] really smart, young leader. So is [Sen.] Tim Scott, Nikki Haley. But most of the voices in the conservative movement have never held political office before.”

Gowdy did admit that past Republican leaders failed to deliver on their promises which is why voters turned to an outsider like Donald Trump in 2016.

“What you do in a courtroom is underpromise and overperform. This is what leads to the anger. You tell people ridiculous things like we’re going to repeal Obamacare even though President Obama has to sign that bill. That was never going to happen. That was a fundraising gimmick, but everyone out in mainstream America didn’t get the joke!” Gowdy continued.

Donald Trump provided a popular and coherent “Make America Great Again” agenda in 2016 and that is a big reason why he won.

The fake news media tries to erase it from history, but in 2016 Donald Trump offered voters a program of restricting immigration, renegotiating trade deals to benefit America instead of foreign workers and stop endless wars in the Middle East.

One of the secrets of Donald Trump’s deep connection to his base is that Trump’s voters see that unlike establishment GOP hacks that promise one thing on the campaign trail but govern like a Democrat, Donald Trump kept his promises.