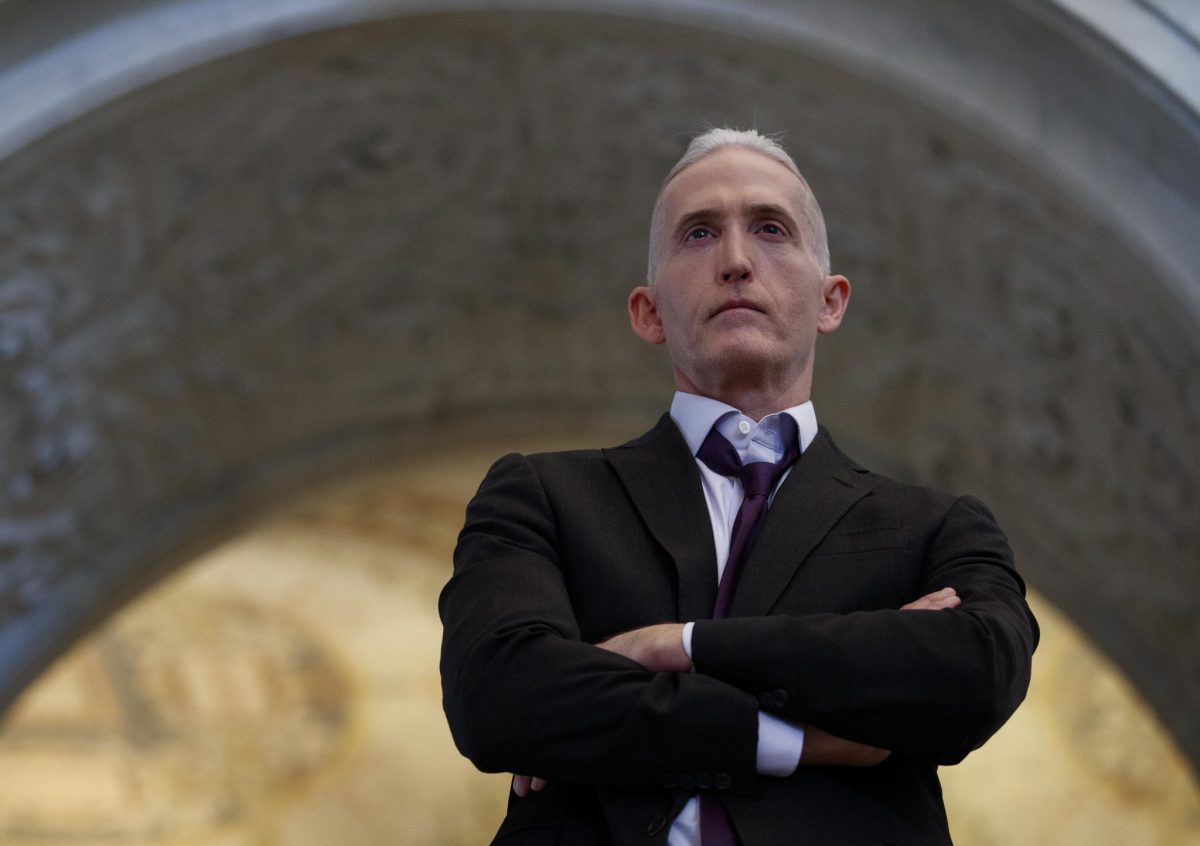 President Trump was all set to make a major announcement.

And then Trey Gowdy hit Nancy Pelosi with one reality check that turned impeachment upside down.

Recently, Donald Trump’s lawyer Jay Sekulow announced that Gowdy would be joining Donald Trump’s legal team as the President sought to beef up his defense as the Democrats worked to manufacture a scandal out of his July 25 phone call to the Ukrainian President.

Gowdy expected to replace Rudy Giuliani as the TV face of the President’s legal defense and make the case directly to the American people that the Senate should exonerate the President by voting to acquit on any partisan articles of impeachment the Democrats drew up.

However, something strange happened along the way.

The White House announced that Gowdy could not join the President’s legal team until January because of rules covering lobbying efforts by former members of Congress.

During a recent appearance on CBS’s “Face the Nation”, host Margaret Brennan quizzed Gowdy about his status on the Trump legal team.

“I have no idea,” Gowdy explained to Brennan. “I don’t represent the president as of today. I don’t know what if anything will exist in January. It may be over.”

Gowdy being eligible to join the President’s legal defense team means the former South Carolina Republican may have to sit out this fight in any official capacity.

House Speaker Pelosi and House Intelligence Committee Chairman Adam Schiff are racing against time because they know once the presidential primary voting starts next year the urgency for removing President Trump from office evaporates.

Republicans can turn a cold shoulder to voting with the Democrats to convict the President on articles of impeachment by simply reasoning that the presidential election is months away and the American people should decide President Trump’s fate.

Democrats also know that the longer impeachment wears on, the more pressure grassroots Republican voters exert on GOP Senators to stand with the President and resist any attempt to undo the results of the 2016 Presidential Election.

The Republican base is standing united behind the President and against the Democrats’ un-American attack on democracy.

A recent Quinnipiac poll found just six percent of Republicans supported impeaching the President and removing him from office.

Democrats realize that the longer the impeachment fight drags on, the more clear it will become to Republicans that if they betray the President and vote with Chuck Schumer to remove the President from office the Republican Party will fracture possibly beyond repair.

Not only will the GOP lose the 2020 election, but elections will see a massive bloodletting as voters take out their vengeance on traitorous Republican Senators that sided with the swamp in an underhanded bid to nullify the will of the voters.