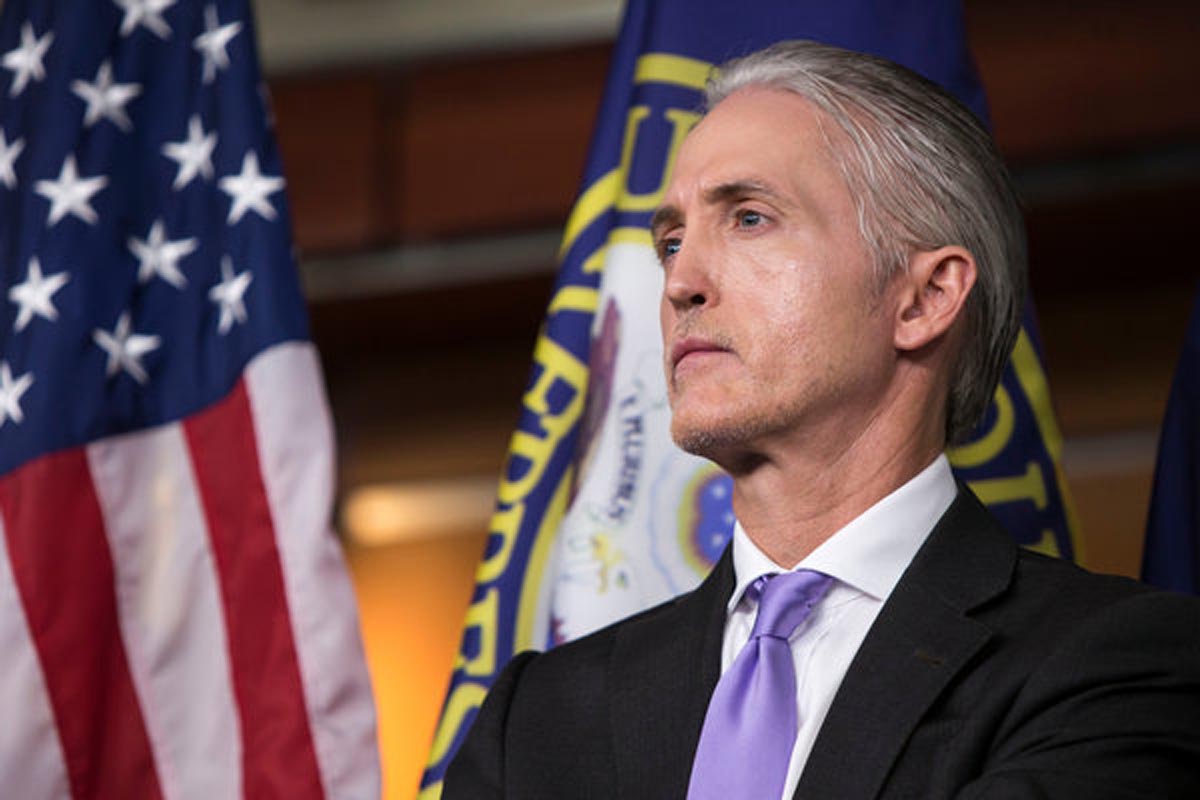 Trey Gowdy has been one of the figures at the tip of the spear in digging up the truth about former President Obama’s Deep State attack on President Trump.

What he has uncovered is enough to send Obama allies to jail.

And Trey Gowdy just picked a fight with Barack Obama that you won’t believe.

Before Trey Gowdy entered Congress, he served as a prosecutor.

That led Gowdy to develop a healthy respect for the FBI.

So when Deputy Attorney General Rod Rosenstein appointed Robert Mueller as Special Counsel back in May 2017, Gowdy initially believed Mueller was conducting a legitimate investigation.

But as time wore on, Gowdy became the most vocal and credible critic of the Russian collusion conspiracy theory.

In an interview with Maria Bartiromo on her “Sunday Futures” Fox News program, the former South Carolina Congressman explained the evolution of his thought process.

“When you have exculpatory information and you don’t share it with the court, when you give two different kinds of defensive briefings to the candidates depending on who you like and who you don’t, then you’re bias begins to impact the investigation. That’s what I thought when I saw the transcript, but your viewers should be entitled to make up their own minds,” Gowdy told Fox News viewers.

Gowdy was likely referring to a transcript of a conversation between FBI spy Stefan Halper and Trump campaign foreign policy aide, George Papadopoulos.

The FBI dispatched Halper after an Australian diplomat reported that Papadopoulos had told him a mysterious Maltese professor said that the Russians had “dirt” on Hillary Clinton.

Halper worked to cultivate a professional relationship with Papadopoulos to gain his trust so Papadopoulos would spill the beans on the truth behind the Trump campaign’s contacts with the Russians.

Gowdy previously said he read a transcript of the conversation between Halper and Papadopoulos.

The South Carolina Republican claimed the document showed the FBI knew from the start that there was no evidence of Trump-Russia collusion.

What makes this revelation even more damning is the fact that the FBI withheld the evidence from a FISA court judge when the Bureau applied for a warrant to spy on former Trump campaign aide Carter Page.

These applications are supposed to include this information.

But the FBI – under disgraced former FBI Director James Comey’s watch – hid the information from the judge.

This transcript will prove once-and-for-all that the Russian collusion investigation was a fraud from the start.

It is not supposed to happen in America.

However, on Barack Obama’s watch, the FBI turned into a political black ops squad for the Democrat Party.

And that is a scandal that deserves to be investigated.