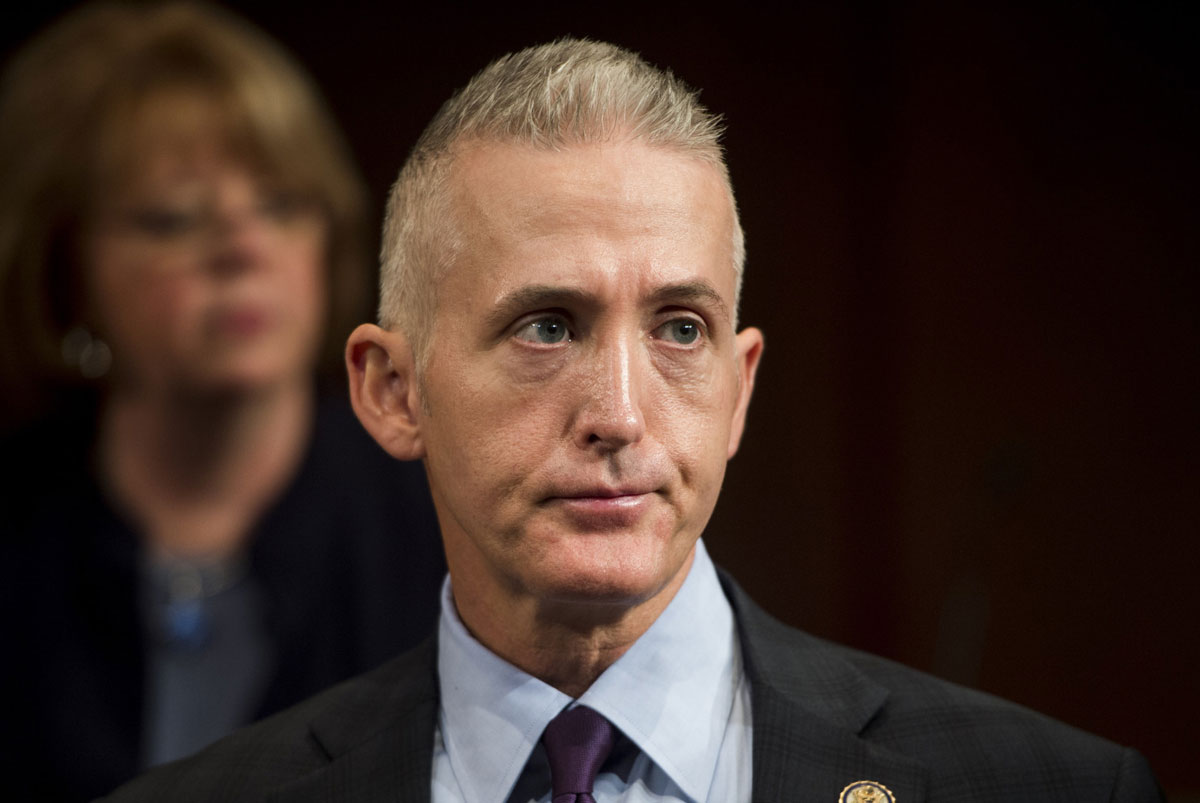 All of Washington is trying to figure out who events will play out.

And Trey Gowdy went on Fox News and had all hell breaking loose with one secret.

House Speaker Nancy Pelosi finally tapped out and announced she would send the articles of impeachment to the Senate.

Pelosi claimed withholding the articles was leverage to allow Democrats to secure commitments to allow witnesses at the trial and to see the rules of the trial before naming impeachment managers.

“The good news is the senators that I talk to on a regular basis under the leadership of Mitch McConnell are not falling for Nancy Pelosi’s trick,” Gowdy told Hannity. “She can send them and they’ll do what they want, but they are not moved by this three-week pause that she’s engaged in.”

Gowdy then went on to explain the true meaning of impeachment.

The former South Carolina Congressman stated that Democrats pursuing impeachment meant that they were waving the white flag of surrender in the Presidential election.

Gowdy went on to reveal that the Democrats’ true goal was to use impeachment to damage swing state Republican Senators running for re-election so Chuck Schumer could seize power.

“There is no mathematical way he’s ever going to be convicted and they know that,” Gowdy said. “So their goal cannot be to remove Donald Trump from office. It is to neuter his second term.”

Gowdy warned that a Democrat Senate would grind Trump’s second term to a halt.

Democrats could reject all cabinet appointments and block all Trump judicial nominees for years in hopes a Democrat wins the 2024 election.

The stakes for the 2020 election could not be higher.

Donald Trump’s greatest accomplishment is remaking the federal judiciary with a record number of appointments.

The President’s judicial nominees are all young conservatives that will be handing down rulings that shape American life in the 2060s.

And Democrats hope to choke off that success by using impeachment to win back control of the United States Senate.

American Patriot Daily will keep you up to date on any new developments in the Democrats’ impeachment witch hunt to remove Donald Trump from office.