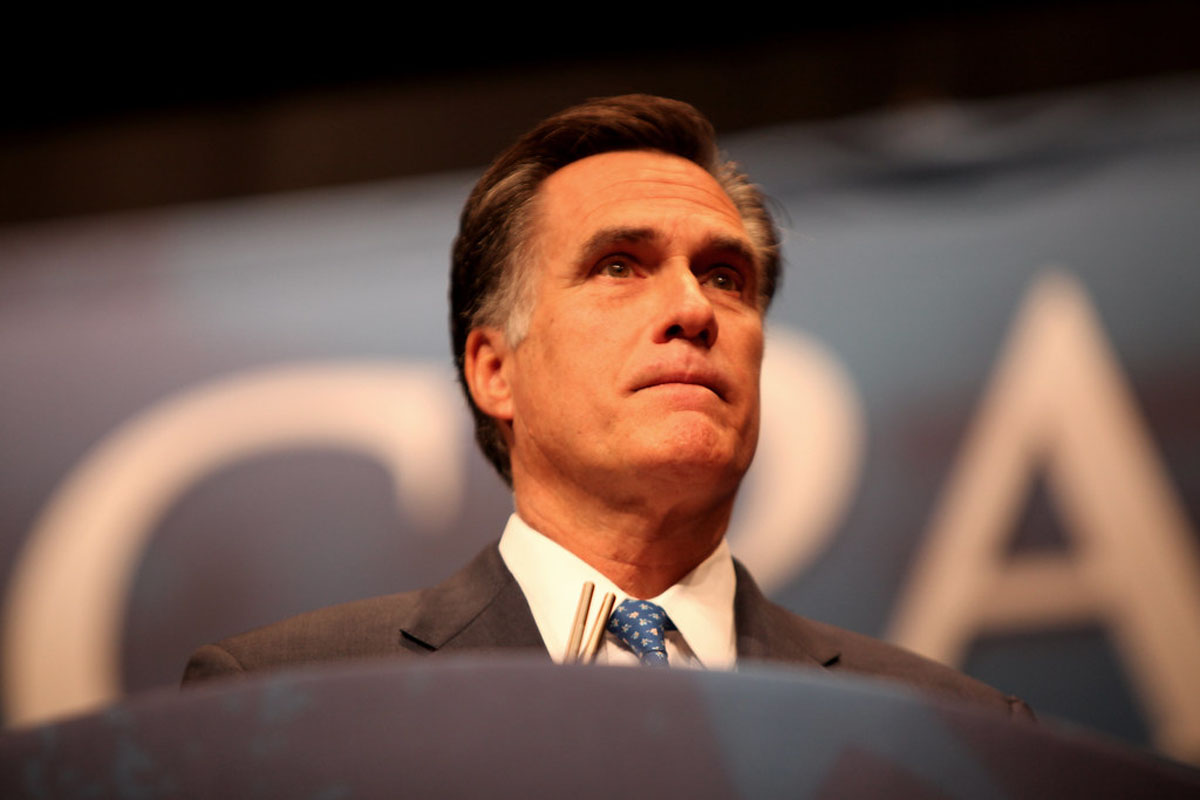 Mitt Romney is still feeling the heat for stabbing Donald Trump in the back on impeachment.

And the news just got worse for the Godfather of the Never Trump movement.

That’s because Trey Gowdy went on Fox News. He told this game-changing truth about Mitt Romney.

The Senate exonerated President Trump from the Democrats’ partisan articles of impeachment.

But Never Trump Godfather Mitt Romney stuck the knife in the President’s back by voting to convict on the abuse of power article of impeachment.

As Trey Gowdy pointed out on Sean Hannity’s show, Romney was the one useful idiot in the Republican Party that fell for Schiff’s laughably weak arguments in the impeachment trial.

“Well, which is why out of 250 Republicans in the House and the Senate, exactly one voted with the dazzling Adam Schiff.” Gowdy added, “I know that ‘Politico’ and the ‘New York Times’ and ‘The Hill’ and ‘The Washington Post’, thank God that wasn’t the jury. I know they were dazzled, but the reality is Adam Schiff, all these months of investigating, unlimited access to subpoenas could call whatever witness you want to call in the House, out of 250 Republicans, he converted exactly one.”

During Hannity’s monologue, the top-rated Fox News host explained that Romney’s bitterness from two failed Presidential campaigns led Romney to take out his bitterness on Trump for the President succeeding where Romney failed.

“Frankly, it is sad. Mitt Romney is now a diminished figure, clearly losing a presidential election ruins people. You don’t believe me? Look at Al Gore, look at Hillary Clinton. And even to some extent I would argue John McCain.” Hannity added, “I like Mitt Romney. I don’t regret fighting hard for him in 2012. He clearly cannot accept and get over the fact that he lost. He absolutely could have won in 2012. He did not fight.”

President Trump also called out Romney during his remarks at the National Prayer Breakfast.

When Romney announced his decision to convict the President, Romney claimed his faith led him to the conclusion that President Trump must be removed from office.

The President blasted Romney’s phoniness by pointing out that Romney was hiding behind a flawed explanation of his faith to justify doing something everyone – including Romney – knew was wrong.

Conservatives dismissed Romney’s claim that his faith pushed him to convict the President because in the past, Romney supported killing babies through abortion on demand.

And when Romney was Governor of Massachusetts, Romney paved the way for homosexual marriage in America.

Romney’s political career is defined by thumbing his nose at Christian values.

Many Republicans gave Romney the benefit of the doubt and supported Romney when he was the 2012 GOP Presidential nominee even though Romney was not their first choice.

But Romney’s unwillingness to attack Barack Obama in that campaign foreshadowed Romney easily falling for Adam Schiff’s lies in the impeachment trial because, at the end of the day, Romney hates conservatives more than he wants to defeat liberals.

William Barr Took One Giant Risk. Here Is What Had Trump Furious