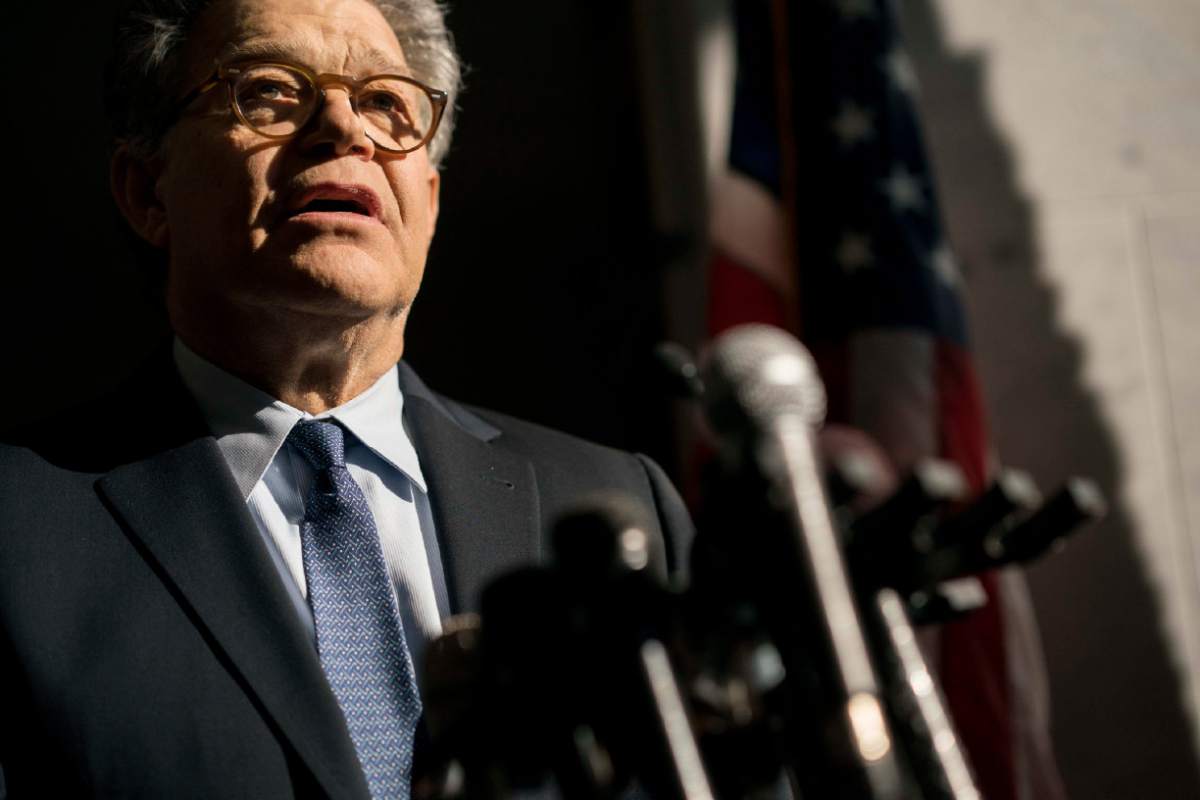 The Democrat Party is no stranger to sex scandals.

But in the “Me Too” era they were supposed to be career ending.

Now a top Democrat was involved in a sex scandal with a shocking conclusion.

The Democratic Party is currently eating its own.

At the Presidential level, Democrats are now accusing politicians like Joe Biden and Kamala Harris of being too moderate to win the party’s nomination.

This, despite the fact that Biden formed the left flank of the Democrats’ Senate caucus for decades and Harris, remains one of the most left leaning members of Congress currently in office.

But while Democrats scramble to seek the next office they want to run for, one top Democrat is still fuming over losing his seat in a massive sex scandal that ruined his career.

Bloomberg reports, “Al Franken is ready to make his comeback. After resigning from the U.S. Senate at the beginning of 2018 due to sexual-harassment allegations, the comedian is working with Hollywood firm United Talent Agency to make paid public speeches. The agency sent an email this week pitching Franken to potential bookers and promoters, touting his ‘unique voice,’ Emmy awards, best-selling books and career in the Senate.”

Franken has been on the sidelines for months now.

He’s tried to keep a low profile after resigning from the US Senate in complete disgrace after a sex scandal toppled his career in a matter of days.

But since leaving office, he’s never quite given up on keeping his career going.

And now he thinks enough time has passed for him to mount a comeback bid.

“Franken has been tiptoeing back into public life since the sexual-harassment allegations forced him to resign. He started a website in April and began hosting a podcast in May, featuring guests such as comedian Dana Carvey, author Michael Lewis and former energy secretary Ernest Moniz,” adds Bloomberg.

Franken is now ready to take the next step in trying to revive his career by speaking publicly once again.

Having once served as a comedian before being elected to the US Senate in 2008 in a race many described as riddled with inaccuracies and which could have been rigged in Franken’s favor, the ex-Democrat Senator is now ready to put his name back into the spotlight.

“The allegations against Franken have divided the Democratic Party over the past year. Several senators, including Dick Durbin, have said they had second thoughts about calling for Franken to step down, and Franken told journalist Jane Mayer that he regretted resigning,” concludes Bloomberg.

Franken’s latest moves could be a sign that he’s looking to run for office again.

And while it remains to be seen whether he will try and reignite his political career, the ex-Senator’s bid to get himself back into the limelight is bound to attract the attention of political operatives across the board.

Do you think Franken will try running for office again?