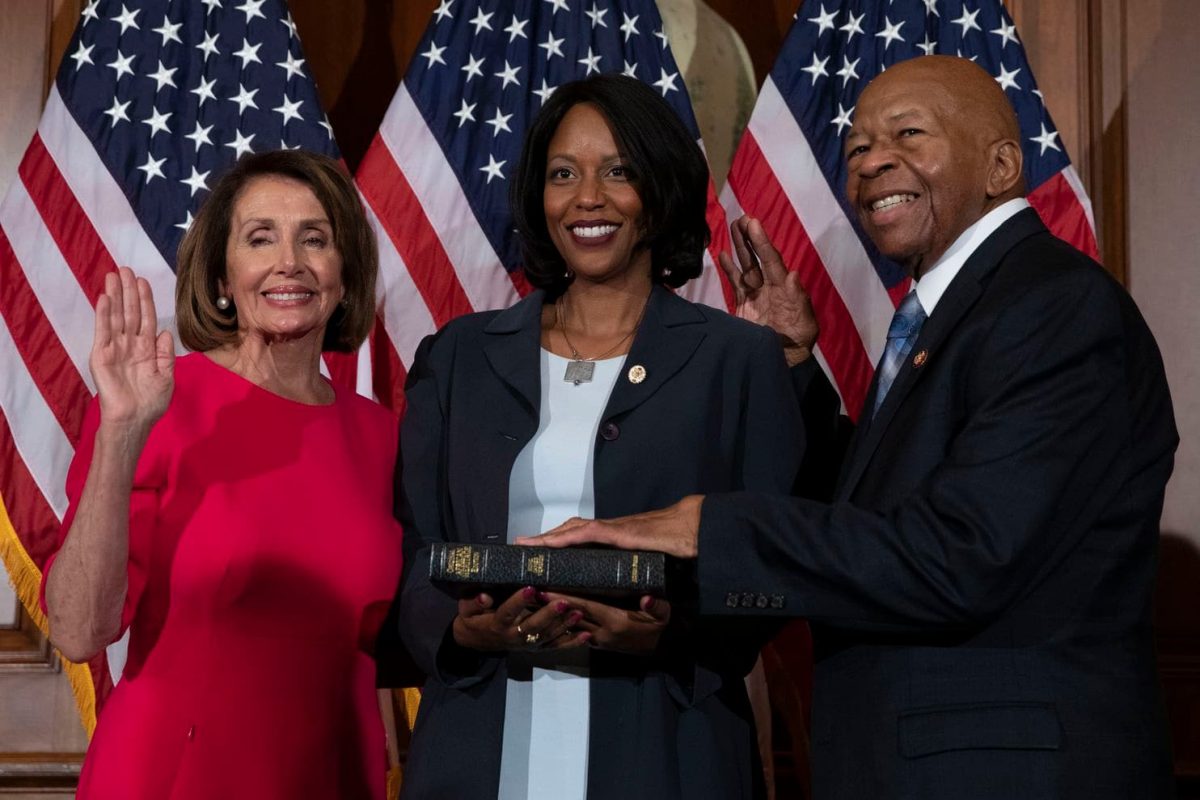 The tables have turned on one of Donald Trump’s biggest critics.

And now it’s their turn under the microscope.

And This top Democrat is trembling with fear over one criminal investigation.

Democrats can’t seem to stay out of trouble.

Time and time again, Democrats, even ones at the highest levels of the party, find themselves caught up in scandals that often destroy their entire political career.

And one of the most likely places to find corruption is in their “charity” groups.

In the case of Hillary Clinton, one of the big things that destroyed her presidential campaign against Trump was her “pay to play” scandal stemming from corruption in her family’s infamous “Clinton Foundation.”

And it isn’t just Hillary who has a charity that is facing questions.

House Oversight Chairman Elijah Cummings’ wife is under investigation over allegations of misusing her charity for personal gain.

The complaint, filed by a watchdog group against Maya Rockeymoore Cummings’ Center for Global Policy Solutions (CGPC), is the second action filed against her since May.

Foundation for Accountability and Civic Trust (FACT), who filed the complaint to Maryland’s Democrat Attorney General Brian Frosh, outline a series of shady things found in the financial reports of the charity.

The most troubling is the fact that the charity, of which Rockeymoore Cummings is the principal officer and sole staffer of, sent $250,000 in “management fees” to Global Policy Solutions LLC between the years of 2013 and 2015.

And as it turns out, Rockeymoore Cummings holds 100% ownership in Global Policy Solutions LLC, which is a for-profit company.

So it would be likely to assume that the money going to the for-profit company is making its way directly into the pocket of the Cummings family, including the high-ranking Democrat Congressman.

And there is also speculation that the charity may simply be a way for those who want to influence Cummings to pay him off legally.

According to FACT’s complaint, many of the donations the charity receives are from companies with interests before Cummings’ committee.

“The overlap between the non-profit and for-profit organizations, along with the potential improper financial benefit to Ms. Cummings and her husband, Representative Cummings, is serious and demands an investigation,” said FACT Executive Director Kendra Arnold in a statement Tuesday.

This isn’t the first time the Cummings-linked charity has been under fire.

A similar complaint by the National Legal and Policy Center (NLPC) to the IRS alleges that many of the donors to the group are simply trying to buy favor with Cummings.

“It’s self-dealing. It’s taking the charity’s resources and turning them into personal profits,” NLPC investigator Tom Anderson previously told the DCNF of the charity’s payments to Rockeymoore Cummings’s consulting firm. “IRS law doesn’t allow a charity for this purpose. This isn’t for the public interest, this is for her personal interest. You can’t do that.”

Do you think that Democrats are corrupt?