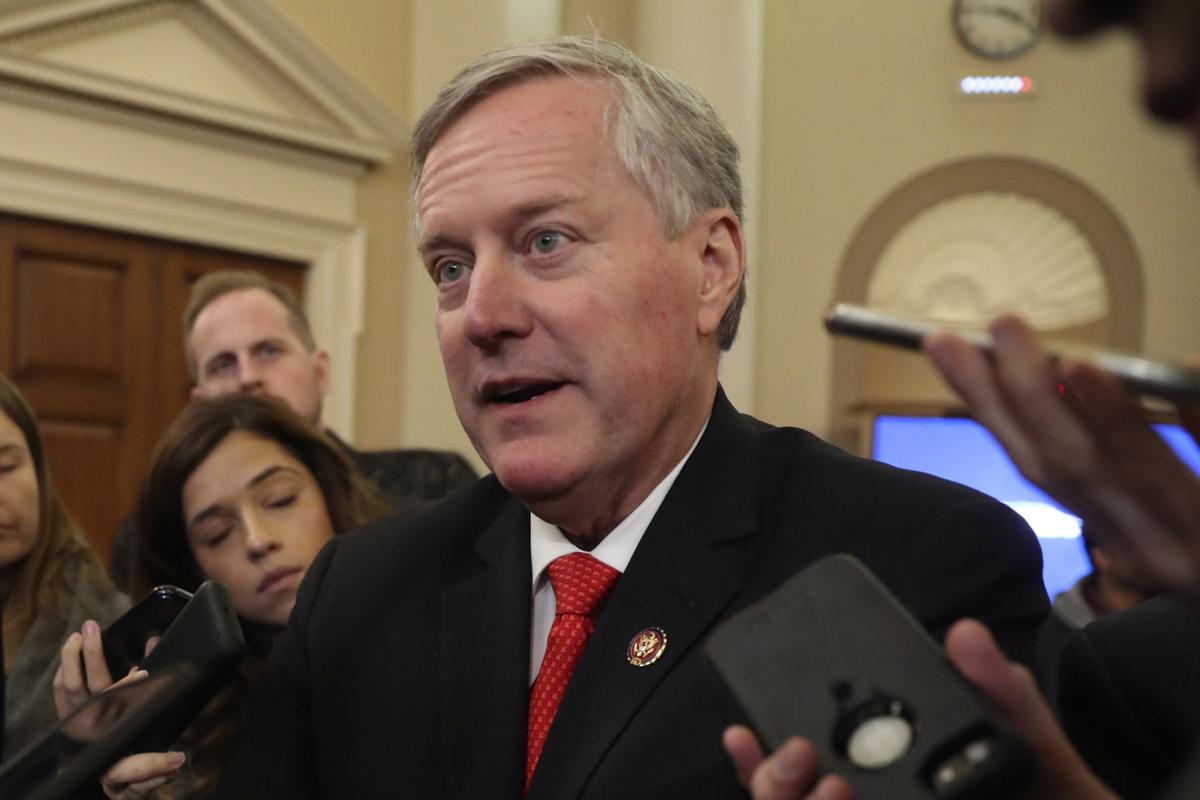 Donald Trump needs all the allies he can find.

The Democrats’ impeachment witch hunt is headed for a Senate trial that will decide the President’s political fate.

But this key Republican resigned over impeachment for one jaw dropping reason.

North Carolina Congressman Mark Meadows is the chairman of the conservative House Freedom Caucus and one of Donald Trump’s staunchest defenders in Congress.

But Meadows shocked Republicans in Washington and around the country by revealing to the fake news Washington swamp gossip newsletter POLITICO Playbook that he would not run for re-election in 2020.

Meadows told POLITICO that he never envisioned spending his career in Congress.

“Endorsed term limits — never ran on a term-limit pledge. Every year it’s a decision whether you’re going to run again. Probably the hardest thing for me was the timing of this, because the president has accomplished so much. I’m not only an ally, but will continue to be an ally. And we’ve had discussions on how we can work more closely together in the future and I felt like filing and then potentially resigning at some point in the future would not serve my constituents in North Carolina best,” Meadows explained.

Meadows – who strongly defended President Trump from the hoax impeachment charges brought by Democrats – did not commit to finishing out his term in Congress.

“At this point, I plan to serve the people of western North Carolina until it’s decided that I can best serve the president and the American people in a different capacity. And so while there’s no immediate plans, there’s certainly discussions that have occurred and potentially could occur in the future,” Meadows added.

Meadows explained that he was in no way retiring because defending Donald Trump wore him out.

“The hardest decision for me is that when you’re in the fight, you enjoy staying in the fight,” Meadows told POLITICO. “So this is not me shrinking away from a fight. In fact, it’s just going to be continuing to fight a different capacity, whether that’s officially as part of the Trump team or unofficially in my capacity as a sitting member of Congress.”

Some speculated that Meadows’ next move would be to assume a top-level advisor/surrogate for the Trump campaign.

But the Wall Street Journal reported that President Trump discussed joining the White House with Meadows.

Conservatives were thrilled to hear that Meadows might take a top level job with the President.

Before Trump named former Freedom Caucus Member Mick Mulvaney as his acting chief of staff, many in Washington thought Meadows was one of the President’s top choices for that position.

And having a trusted top-level aide like Meadows on the team will only help the President.

American Patriot Daily will keep you up to date on any new developments in the Democrats’ ongoing impeachment witch hunt.