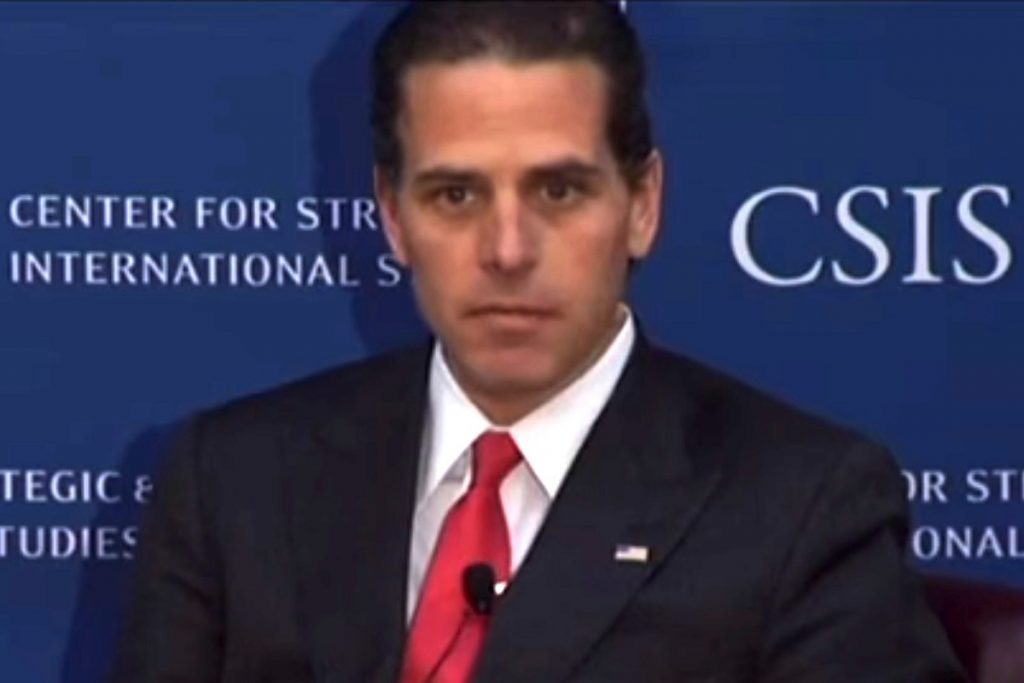 Donald Trump calls it the “laptop from hell.”

And that’s because the latest bombshell from Hunter Biden’s laptop is worse than anyone imagined.

The news continues to get worse.

And all hell broke loose when this smoking gun from Hunter Biden’s laptop went public.

The Daily Mail and the New York Post are the only two media outlets reporting on the treasure trove of scandals and evidence contained on Hunter Biden’s laptop.

And the latest bombshell unearthed by the Daily Mail are text messages between Hunter Biden and corporate lawyer George Mesires—who is white—where Biden repeatedly refers to Mesires by the N-word.

Hunter: ‘OMG n***a did you just a fictional character from the imagination of the collective frightened and my dead brothers unconditional love is what I should rely on and my kids aren’t children George.’

Mesires: ‘My parents love was conditioned.’

Hunter: ‘My penis as of late has been un conditional.’

Mesires: ‘That’s why we are searching.’

Mesires: ‘And we will always be searching.’

Hunter: ‘Its big penis George. They always find it. And I only love you because you’re black.’

Mesires: ‘It’s so annoying when you interject with frivolity.’

A September 2020 Gallup poll found that just 40 percent of Americans trusted the media.

Gallup reported this was on a steady decline since the 1970s.

The two parties have taken divergent views of the media since 2016.

Gallup found that in 2016, 51 percent of Democrats trusted the press.

The coverage of Hunter Biden’s scandal encapsulates those trends.

The media played up stories that turned out to be hoaxes—like Russian collusion and Russian bounties—because they helped drive down Trump’s support.

Corporate media outlets ignored true stories—like the contents of Hunter Biden’s laptop during the 2020 election—because they were afraid that by covering legitimate news of Biden family corruption it would boost Trump’s chances of securing a second term.

After the media got their way in the 2020 election it only emboldened them to continue to act like pro-Democrat Party propagandists.