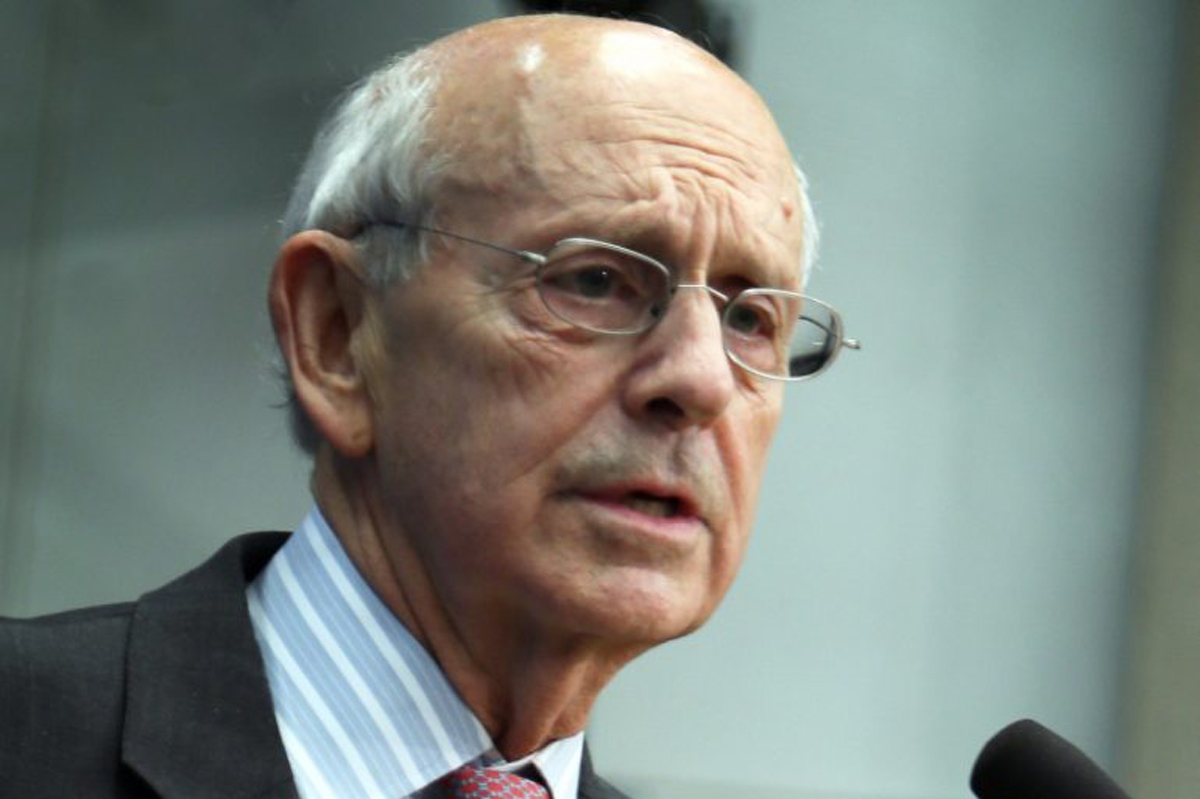 Joe Biden and Kamala Harris were not expecting this.

All their plans may go down in flames.

Supreme Court Justice hit Joe Biden with a curveball that could change everything.

Liberal Justice Stephen Breyer is the oldest member of the nation’s highest Court.

Bill Clinton nominated Breyer in 1994 and many Democrats are urging Breyer to retire while Democrats still control the Senate so Chuck Schumer can confirm Breyer’s far-left replacement.

But in a speech to the Scalia Lecture series at Harvard University, Breyer fired a warning shot across the bow of Biden, Chuck Schumer and anyone else on the left thinking of packing the Supreme Court.

Breyer argued that that the Court can only function as a legitimate institution if it based on “a trust that the court is guided by legal principle, not politics.”

Last fall, after the Republicans confirmed Amy Coney Barrett to replace Ruth Bader Ginsburg, Schumer, Alexandria Ocasio-Cortez and others threatened to eliminate the legislative filibuster to pack the Supreme Court with as many as six additional liberal Supreme Court justices in retaliation.

Biden then claimed he was open to appointing a bipartisan commission on reforming the Supreme Court which would turn in a report six months into his administration.

Justice Breyer warned against this ideological power grab saying “structural alteration motivated by the perception of political influence can only feed that latter perception, further eroding that trust.”

Breyer added that he wanted to “make those whose initial instincts may favor important structural change or other similar institutional change, such as forms of court-packing, think long and hard before they embody those changes in law.”

Justice Breyer continued on pointing out that while liberals were furious with the 2000 Bush v. Gore case, the Court did not take up any of the challenges to the 2020 election which left Donald Trump and his supporters outraged.

“The court’s decision in the 2000 presidential election case, Bush v. Gore, is often referred to as an example of its favoritism of conservative causes,” Breyer added. “But the court did not hear or decide cases that affected the political disagreements arising out of the later 2020 election.”

Breyer went on to outline a number of cases where the Court upheld liberal priorities.

“It did uphold the constitutionality of Obamacare, the health-care program favored by liberals,” Breyer continued. “It did reaffirm precedents that favored a woman’s right to an abortion. It did find unlawful certain immigration, census and other orders, rules or regulations favored by a conservative president.”

But Breyer explained that “at the same time it made other decisions that can reasonably be understood as favoring conservative policies and disfavoring liberal policies. These considerations convince me that it is wrong to think of the court as another political institution.”

Breyer is not the first liberal justice to warn against court-packing.

These comments outraged liberal activists that hope to eliminate the filibuster and pack the Court as part of a plan to turn America into one-party state like Venezuela or China.