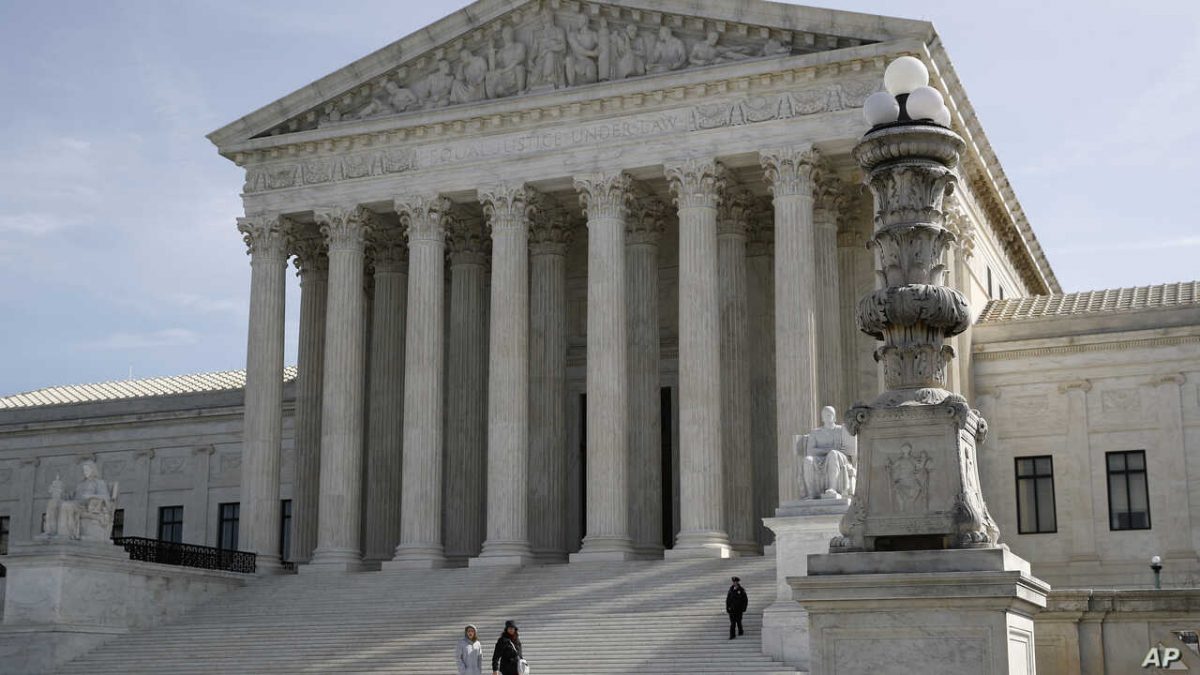 The 2020 election will decide who is selecting Supreme Court justices for the next four years.

But no one is prepared for what could come next.

And the Supreme Court is facing this major change in who sits on the bench.

On the rare occasions that Democrat speakers mentioned Joe Biden or Kamala Harris it was to outrageously paint them as pragmatic moderates.

But Chuck Schumer exposed that all as a ruse.

Schumer spoke in front of the Statue of Liberty and made it clear that if elected Democrats would pass the biggest and most extreme partisan power grab in American history.

“If we’re going to win this battle for the soul of our nation, Joe [Biden] can’t do it alone. Democrats must take back the Senate. We will stay united … and with our unity, we will bring bold and dramatic change to our country,” Schumer began.

Schumer then ticked off a familiar litany of socialist policies the Democrats would ram through Congress from raising taxes by trillions of dollars, to amnesty for tens of millions of illegal aliens to a 93 trillion dollar Marxist Green New Deal.

“We’ll undo the vicious inequality of income and wealth that has plagued America for far too long, and we’ll take strong decisive action to combat climate change and save the planet. We will protect voting rights, fight systemic racism in the criminal justice system and in our economy,” Schumer added.

But tucked at the end of Schumer’s far-left wish list was a promise to “restore” the Supreme Court.

Schumer declared the Democrats would “restore a Supreme court that looks out for people, not corporations.”

The Senate Minority Leader left purposefully vague as to what “restoring” a Supreme Court that valued people over corporations meant.

If Joe Biden wins the White House and the Democrats net four Senate seats they will eliminate legislative filibuster.

Getting rid of the 60 vote threshold would allow Democrats to pass legislation expanding the Supreme Court.

Multiple Democrats during the 2020 primary – including Vice Presidential nominee Kamala Harris – expressed support for packing the Supreme Court with up to six liberal justices to create a permanent left-wing majority.

Joe Biden claims he opposes this scheme, but Joe Biden also claimed to oppose eliminating the legislative filibuster but now is open to getting rid of it.

It should be clear by now that Joe Biden is not mentally capable of being President and will be pushed to support whatever the left-wing mob wants.

In any controversial case Democrats will raise the possibility of packing the Supreme Court if Roberts provides the fifth and decisive vote against a liberal priority.

Either way, Democrats are setting up a “heads I win and tails you lose” scenario on the Supreme Court if they win total power in 2021.