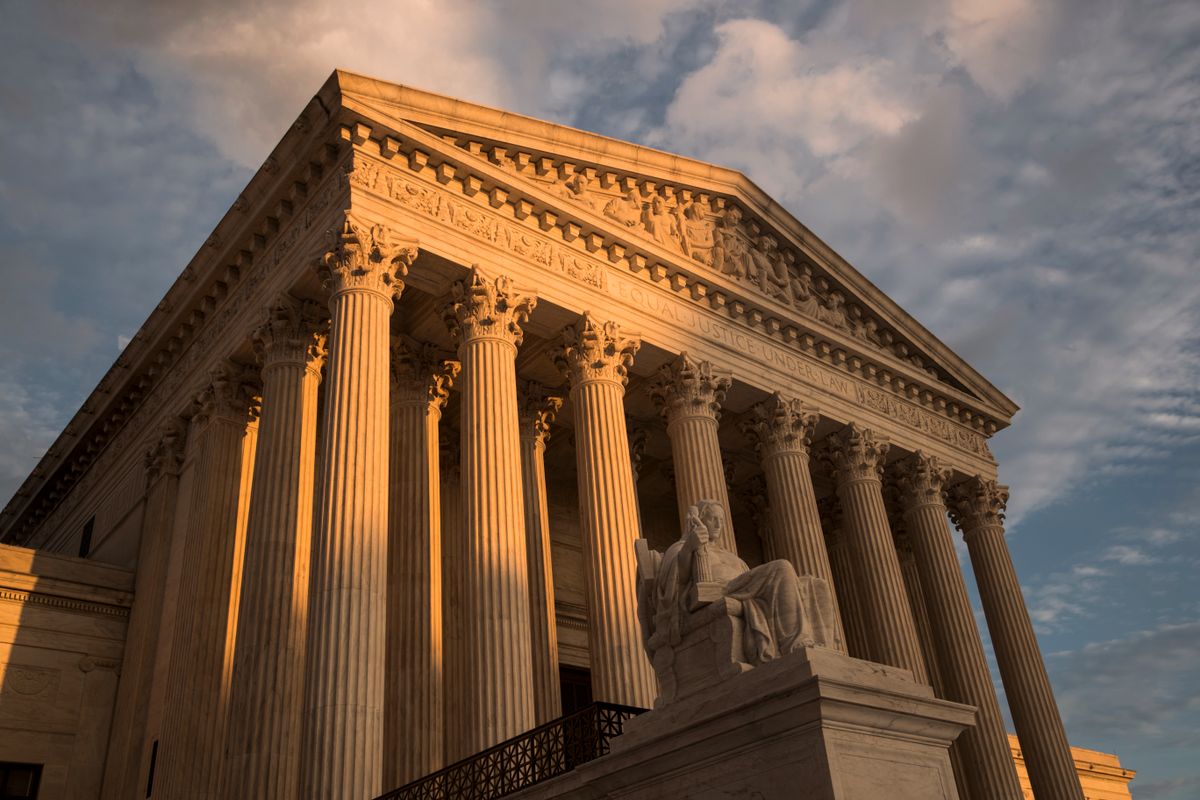 Every institution in America is under siege thanks to the outbreak of the coronavirus.

The bad news rolls on a daily basis.

And now the Supreme Court got hit with a coronavirus reality check that just changed everything.

Donald Trump announced new social distancing guidelines that his administration hopes will slow the spread of the Chinese coronavirus.

Many states are falling in line and closing bars, restaurants, gyms and movie theaters.

Joining the parade of institutions shutting down during the outbreak is the United States Supreme Court, which canceled all oral arguments scheduled through March.

“In keeping with public health precautions recommended in response to COVID-19, the Supreme Court is postponing the oral arguments currently scheduled for the March session,” the court said in a statement.

“The Court will examine the options for rescheduling those cases in due course in light of the developing circumstances,” the court’s statement continued.

Democrats seethed at this development because it put on hold a court case Democrats hoped would grant them access to Donald Trump’s tax returns and other financial records.

But the Supreme Court had good reason to shut down.

Four of the members are over the age of 65, one of whom has battled four bouts with cancer including in the lungs.

That means nearly half the justices fall into the at-risk category most affected by the Chinese coronavirus.

The last thing anyone wants is for a Supreme Court justice to fall ill, which would cause even more chaos in an election year.

The Supreme Court shutting down negatively impacts the Trump administration in another way.

The administration usually wins on appeal as they fight these orders all the way up to the Supreme Court.

But that avenue is closed to the administration for the foreseeable future.

The Trump administration figures to put in place tough new measures to stem the illegal alien invasion to prevent even more migrants that may be infected with the Chinese coronavirus from flooding into the country.

On Tuesday, the administration announced it would turn around all asylum seekers and illegal aliens trying to cross the border due to fears of the Chinese coronavirus.

Open borders Democrats don’t care about the health and well-being of the American people.

They just want more illegal aliens lurking around America so the next amnesty bill can create the maximum number of new Democrat Party voters which could give the left a lock on Arizona, Florida and Texas that would block Republicans from ever winning a Presidential election or Congressional majority ever again.

If Democrats sue to block this policy, there will be no check on rogue Obama “judges” that will demand the borders remain open.

Great American Daily will keep you up to date on any new developments in the Trump administration’s response to the spread of the Chinese coronavirus.