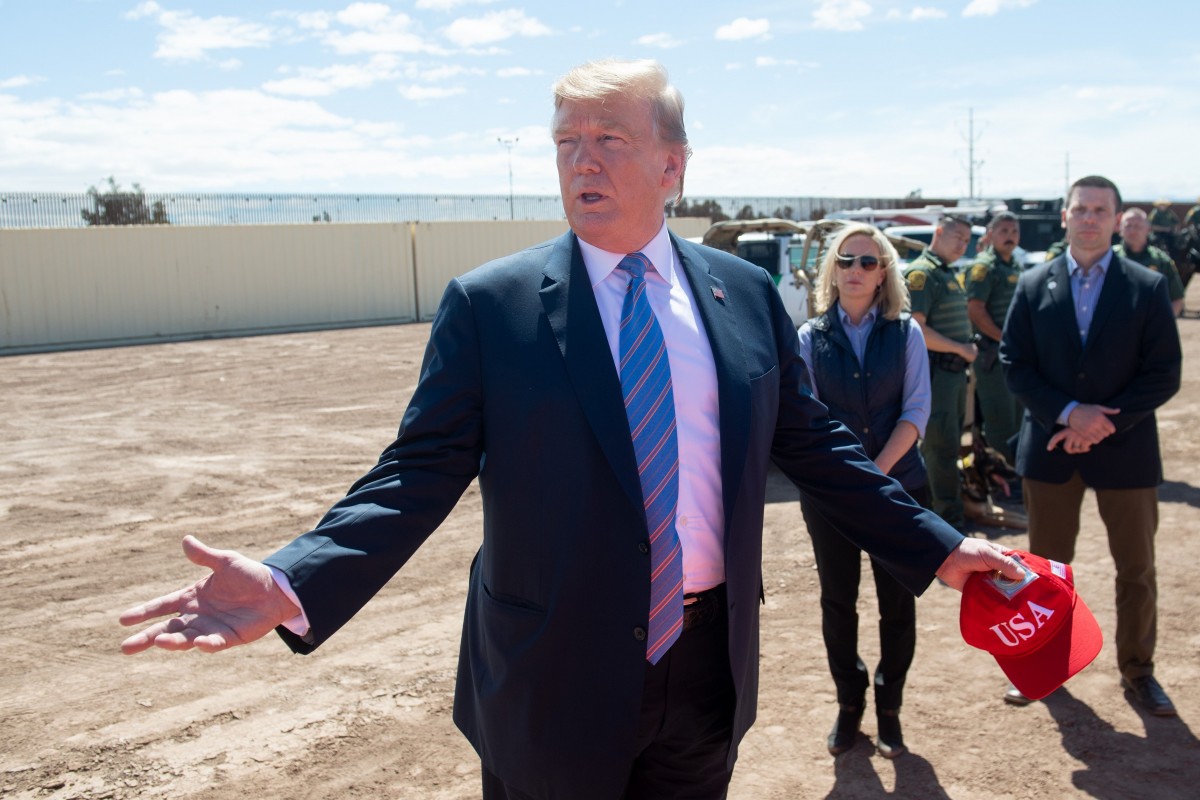 For two years Democrats and the media have mercilessly smeared Donald Trump over one issue.

But President Trump just got the last laugh.

That’s because this shocking video is the smoking gun that just destroyed Chuck Schumer’s biggest lie.

President Trump gets mercilessly attacked in the media when he claims that the problem on the border is an invasion.

They claim that he is simply fearmongering and that there is no border crisis.

But anybody paying attention knows that Trump is right and that the problem is too dire not to take head-on.

So he’s pushing for building a wall on the border between the U.S. and Mexico and is willing to go as far as using an emergency declaration to get it done.

He knows that having a strong physical barrier will cut down on illegal immigrants, as is proven in places like Israel that use a wall very effectively.

And a recent video to come from the Arizona Border Patrol shows just how bad things are with the border being wide open.

The video shows 111 illegal immigrants flooding across the border.

If it weren’t for nearby Border Patrol agents, they would get away with it, but after the video ends, they were apprehended.

This is only a dramatic example of similar events that happen every single day on the border.

Between October 2018 and March 2019, 365,579 people were apprehended while illegally entering the United States.

If this isn’t a border crisis, it’s hard to imagine what is.

This massive influx is entirely due to lax border laws.

Drug cartels, who are largely responsible for the human smuggling happening at the border, know that the laws are not sufficient to stop them.

They know that not only is the border unsecured, but that if those crossing are unaccompanied children or family units there are no real consequences for the illegal crossing.

“It is very clear that the cartels and their smugglers know the weaknesses in our laws,” McAleenan said. “They know that family units and unaccompanied children will be released with no consequences for their illegal entry.”

Oftentimes, those entering as families aren’t really families to begin with, but rather adults traveling with children entering into sex trafficking.

When those children are given a speedy reunion with a “parent,” it isn’t always clear if that person really is their parent.

So when the issue of family separation comes up, it is really about the safety of children risking entry to the sex trafficking industry.

And those opposing the practice of family separation are directly supporting sex trafficking operations.

But Democrats are winning on that issue for now, putting children in danger every single day at the border.

Do you think the family separation policy is a good idea?